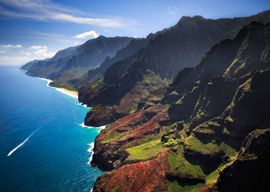 I”m writing this a day before the midterm elections and you”re reading it at least a day after, so I”ll focus upon a continuing feature of the political landscape: Barack Obama.

No doubt the results of the midterm election are being interpreted as a referendum on Obama. But who exactly is this curious individual, and why did we make him president? I”ve long argued that the most interesting thing about Obama is what we can learn from his career as a “blank screen” upon which Americans project all those myths, longings, and inchoate fantasies about race.

After eight years of trying to make sense of Obama’s life story, I”ve stumbled upon a way to put his famous origin story in historical context, to make it not quite so random.

A particularly screwy aspect of the first black president is that he didn”t seem to his friends to be black until in 1985 he suddenly turned his back on the first 24 years of his life and asserted a black identity to replace his previous “international” and “multicultural” identities.

Previously, Obama had been guided by his family and friends (none of whom were black) toward a reasonable career working for U.S. institutions in non-Arab Muslim countries in Asia or Africa: a professional “Muslimist.” As Obama told his biographer David Maraniss, the “obvious path for me given my background” was to get a graduate degree in international relations and wind up “working in the State Department, in the Foreign Service, or working for an international foundation.”

Last week I wrote about Obama’s many odd Indonesian connections.

But even more central to Obama’s life is Hawaii. In almost all discussions of Obama, whether birther or mainstream, Hawaii is treated as essentially irrelevant to Obama’s parentage, a run-of-the-mill location. For example, because Obama’s autobiography, Dreams from My Father: A Story of Race and Inheritance, was written for mainlanders interested only in black and white, it barely touches on Hawaiian society. And that’s convenient for Obama, because 1950s Hawaii’s extreme racial liberalism (some 30 percent of marriages were interracial) doesn”t fit in well with contemporary prejudices about America’s racist past.

Yet when Obama’s 17-year-old mother arrived in Hawaii in 1960 and quickly became pregnant by an exotic black man, Hawaii was of obsessive interest to the liberal mainstream imagination as the leading symbol of America’s new post-colonial empire.

It turns out that the strange life the President’s mother forged for herself by marrying men of other races brought to Hawaii by Cold War initiatives wasn”t just driven by this adventuress’s own idiosyncratic desires, as an embarrassed and annoyed Obama discussed in Dreams from My Father. She was also following (in an extreme fashion) the messages being transmitted in the 1950s by the most respected voices of mainstream culture about what progressive, patriotic Americans should believe”and even do”in order to ensure the triumph of the free world.

Having been born in Southern California a few years before Obama, I can recall Hawaii’s outsized role in American popular culture in the 1960s. For example, the number one box office movie of 1966 was the lavish adaptation of James Michener’s innovative 1959 novel Hawaii, with Julie Andrews playing the wife of a fictionalized version of the New England missionary Hiram Bingham I, who founded the Punahou School in 1841 (from which Obama graduated in 1979).

Michener was a WWII naval officer whose first book, Tales from the South Pacific, was adapted into the 1949 Broadway hit South Pacific, with music by Richard Rodgers and book and lyrics by Oscar Hammerstein II.

Hawaii was the novel in which Michener introduced his trademark style that made him the middlebrow publishing sensation of his generation. “Middlebrow” is a term of critical abuse for artists who combine information, entertainment, and uplift, but, in truth, those are all good things. And Michener was prodigiously educational. Back then, if you were going somewhere on a vacation, there was likely a 900-page Michener novel covering the entire history of the place from the Ice Age to the Space Age by tracking a few family trees over the centuries.

I recently discovered a 2003 academic book, Cold War Orientalism: Asia in the Middlebrow Imagination, 1945-1961, by Christina Klein, a Boston College English professor. It documents that I”m not just hallucinating my childhood memories of Hawaii’s cultural centrality, and explains why statehood for Hawaii in 1959 was seen by Cold War liberals as such a triumph.

The writers Michener and Hammerstein figure largely in Klein’s book, and rightly so. The two classy Democratic Protestants embodied postwar liberalism at its expansive and earnest peak as it tried to reengineer Americans to be able to grapple with the global responsibilities Washington took on in the 1940s.

Hammerstein enjoyed a titanic career on Broadway, from Show Boat in 1927 through Oklahoma!, Carousel, and The Sound of Music. The estates of Rodgers and Hammerstein earn over $235 million in royalties per year from the endless revivals of their shows, including high school productions that continue to engrain Hammerstein’s liberal didacticism in today’s youth.

Intermarriage was a theme that ran throughout Hammerstein’s works, beginning with Show Boat‘s sympathetic depiction of a black-white marriage.

Michener and Hammerstein worked hard, together on South Pacific and apart in other pieces, to rid American society of prejudice against intermarriage. They had personal and professional reasons.

The father of Oscar Greeley Clendenning Hammerstein II (an aggressively non-Jewish set of given names, by the way) was German Jewish and his mother Scottish and English. Michener was adopted, and the third wife he married in 1955 was named Mari Yoriko Sabusawa.

The professional reason is that in English-language literature and theater, nothing appeals more to the sympathies of audiences than lovers separated by social conventions, as demonstrated by the greatest WASP of them all, William Shakespeare, in Romeo and Juliet.

Out of Michener’s 19 short stories, Hammerstein selected two involving some form of miscegenation. Lt. Joe Cable loves a Tonkinese girl, but does he dare bring her home to Philadelphia’s Main Line? Nurse Nellie Forbush (whom my wife played in a high school production) falls in love with an older French planter, but is shocked to discover he has two half-Islander children.

South Pacific was the first of Rodgers and Hammerstein’s three musicals about Asians and Pacific Islanders. The other two are The King and I“which is driven by the unconsummated sexual tension between the Victorian Englishwoman and the King of Siam”and the all-Asian-American Flower Drum Song.

America in the 1945-1965 era is stereotyped as insular and “white-bread,” but its middlebrow kings, Rodgers and Hammerstein and Michener, were infatuated with the foreign. Today, if white guys like them tried to do anything as exotic and crazy as, say, “The Small House of Uncle Thomas” ballet in The King and I“the Burmese slave girl’s adaptation of Uncle Tom’s Cabin“they would be given a long lecture about Edward Said’s theory of Orientalism.

Michener’s Hawaii was published in 1959, the year Hawaii became a state and regular jet airliner service was inaugurated; the year before the President’s grandparents and mother arrived from Seattle. Hawaii occupied a strategic spot, both geographically and ideologically. Klein notes:

Defense dollars poured into the islands and became a pillar of the post-plantation economy, providing a livelihood for fully one-fourth of the islands” population; more than any other state, Hawaii depended financially upon the continuation of the Cold War.

Likely of more interest to the young Stanley Ann Dunham when she arrived was the vanguard cultural role Hawaii had been assigned:

The U.S. government also treated Hawaii as an important location from which to wage the struggle for the hearts and minds of Asia.

Granting Hawaii statehood was intended to symbolize the new multiracial America that would appeal to the developing countries:

Hawaii’s campaign for statehood, which ran more or less continuously from 1945 to 1959, kept the territory alive in the nation’s political culture. … Race was the big issue: people of Asian and Pacific background outnumbered whites three to one. … There was no legal segregation on the islands and intermarriage was common, with about 10 percent of marriages before World War I and more than 30 percent in the 1950s taking place between people of different races.

Southern Democrats fought a rearguard action against admitting Hawaii as a state, but were ultimately overwhelmed by the globalist imperatives for which Michener was an able spokesman:

To Michener, Hawaii’s familial and cultural ties to Asia made it worth incorporating into the Union. He saw the people of Hawaii as an exploitable natural resource who could facilitate U.S. global expansion by serving as native informants and guides … Other statehood advocates shared this view. BusinessWeek in 1950 explained that “the islands have brought to the U.S. a new national resource”a population that is the logical stepping stone between the U.S. and the Orient” and went on to praise these people as the “logical intermediaries to carry an understanding of U.S. democracy to the Orient.” One of the Congressional committees investigating statehood came to a similar conclusion: “Many of her people have their racial background in that Asian area,” … as a result, Hawaii could become a “natural training ground for leaders to administer American interests in this area.”