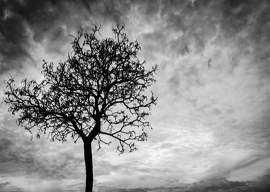 We are enjoined to say nothing ill of the dead—the recently dead, that is, guidance being somewhat less clear as to when denigration of the dear departed may with decency begin. On the whole I agree that death should result in a moratorium on backbiting and other popular forms of character examination, for most people’s deaths bereave someone and most people’s faults are rather minor by comparison with the eternal oblivion that has befallen them. This is not an absolute rule, of course, for some people are so awful that no decent interval before vituperation begins is due to them. The length of the moratorium should be roughly proportional to character, as punishment should be roughly proportional to the crime. The deceased having been a public figure also reduces the decent interval before which his sins can be examined and aired with propriety.

Most obituary notices are quite properly mealymouthed, the word “irreplaceable” being a standby. Strictly speaking, it is never false, for no one is exactly the same as anyone else, and therefore everyone is irreplaceable. “Sadly missed” is another favorite. “Yes, but by whom and for how long?” one is inclined to ask. Frankness is not the first thing that one looks for or expects in obituary notices.

I have twice been startled by frankness in such notices, however. The first time was thirty years ago or so. The notice was in The Lancet, in the days when almost any doctor who died was thus memorialized (these days, obituaries in The Lancet are only slightly rarer than Nobel Prizes). The obituary appeared below a small photograph of the subject, a man with a face like a dried prune. He looked every inch the irascible pedant. Went the obituary:

Though not immediately likeable, those who knew him well detected many sterling qualities.

This was startling indeed among all the other irreplaceable persons, sadly to be missed, whose deaths were recorded that week.

“We are told that we should hate the sin, not the sinner, but I am afraid that such charity is not much fun.”

Today I read in the news the obituary notice of an American woman called Kathleen Dehmlow (née Schunk), who, as far as I know, had achieved no fame until she died:

Kathleen Dehmlow (Schunk) was born on March, 19, 1938, to Joseph and Gertrude Schunk of Webasso.

She married Dennis Dehmlow at St Anne’s in Wabasso in 1957 and had two children Gina and Jay.

In 1962 she became pregnant by her husband’s brother Lyle Dehmlow and moved to California.

She abandoned her children, Gina and Jay who were then raised by her parents in Clements, Mr and Mrs Joseph Schunk.

She passed away on May 31, 2018 in Springfield and will now face judgement. She will not be missed by Gina and Jay, and they understand that this world will be a better place without her.

According to a relative, the facts in the notice were correct, but the story was somewhat more complicated than this notice implied.

Most stories are more complicated than filleted or telegraphed accounts suggest. I have little doubt that obituaries of most of us could be produced that would make us out to have been at least as bad as Mrs. Dehmlow. In my case, nothing would be easier than to concoct an obituary notice of 106 words (the length of hers) that made me out to have been a monster; though, without false modesty, I think I may claim not to have lived a more-than-averagely-bad life. By the same token, if the 106 words recounted only my very best acts, I could be made to look like an angel.

We are told that we should hate the sin, not the sinner, but I am afraid that such charity is not much fun. It is a lamentable fact of human psychology that hatred is, for most people, enjoyable, as, quite often, is anger. Mrs. Dehmlow’s obituary must have given great pleasure to her son who wrote it (as well as to many readers), and it certainly gives the impression of being deeply felt. The Daily Mail managed to track him down and he made the obituary sound like psychotherapy. Indeed, it occurred to me that there was a germ here of a new kind of therapy: obituary therapy.

Everyone with a grievance should be encouraged to write a spiteful obituary à la Dehmlow of someone they believe had harmed them seriously in their lives, to be published only after the death of that person. There could be a website dedicated to publishing such obituaries, called (for example) www.betteroffdead.com. It would be far more effective, and less expensive, than most forms of psychotherapy. People would be able to include their reminiscences of the deceased in response, but only if they showed him or her in a bad enough light; nuance would lead only to a mixed message that would be untherapeutic. Malice heals, at least if Mrs. Dehmlow’s son is to be believed.