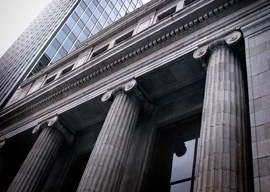 MIT’s Daron Acemoglu is a rock star among economists, one of the ten most cited in his profession. This is largely because of the paper the Istanbul-born Armenian cowrote in 2001: The Colonial Origins of Comparative Development. Other economists have found that it provides a suave way to finally answer the embarrassing question of why, in the 21st century, some countries are rich and some are poor.

Acemoglu has a big new book out with James A. Robinson, Why Nations Fail: The Origins of Power, Prosperity, and Poverty, that makes his case at great length.

To understand Acemoglu’s professional popularity, you have to grasp how awkward the major features of global economic reality are to careerist economists. If you look naively around the world, you might get the impression that, say, Chinese territories such as Taiwan, Singapore, and Hong Kong have been economically dynamic because they have a lot of Chinese people in them. Moreover, the Overseas Chinese control much of business in Southeastern Asia, so we might assume that the Chinese tend to have a lot on the ball wherever they go.

“Acemoglu’s contribution was to come up with a regression analysis that, he claimed, showed that Third World poverty was the fault of those all-purpose bad guys, European imperialists.”

The epochal conclusion that Deng Xiaoping, urged on by Singapore’s Lee Kuan Yew, drew from this in the late 1970s was that if all the Chinese folks in the world were getting rich except the Maoist Chinese, the problem must lie more in the “Maoist” than in the “Chinese” part. And, indeed, once liberated from Mao’s dogmas and whims, the Mainland Chinese responded with one of history’s greatest economic surges.

To an economist looking for invitations to conferences, however, the danger of adopting the Lee-Deng perspective is its flip side: Some other peoples, such as black Africans, New World Indians, and Pacific Islanders, have tended to lag notably behind Northeast Asians and Europeans, whether at home or abroad, and under all sorts of ideologies and institutions.

Acemoglu’s contribution was to come up with a regression analysis that, he claimed, showed that Third World poverty was the fault of those all-purpose bad guys, European imperialists. In colonies where early Europeans settlers faced low risks of dying from tropical diseases (such as Massachusetts), they set up good “inclusive” institutions. But in colonies where white men died like flies (such as Nigeria), they set up bad “extractive” institutions.

These results suggest that Africa is poorer than the rest of the world not because of pure geographic or cultural factors, but because of worse institutions.