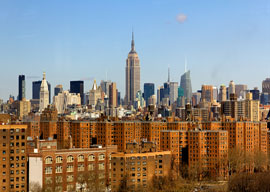 With Barack Obama solemnly recounting for us last Friday how being black in America has personally burdened him, race is back in the news.

Actually, race is always in the news. Still, it’s worth using this particular intersection of inanity”during which the president and the Attorney General have made themselves look more foolish than Geraldo Rivera“to think through the most important question about race in the 21st century: How horrible would it really be if it became respectable to discuss racial realities seriously and intelligently?

The lesson that the prestige press tells us to take away from the Trayvon affair is that “profiling” (i.e., pattern recognition) inevitably leads to murderous frenzies. Some of the virulence of the media’s denunciations of George Zimmerman for putatively profiling stems from an underlying chain of logic in elite thinking that I find scary: If young black males really do tend to be more crime-prone, then…oh, no, the Nazis were right! So if Americans ever become embarrassed by the insipid political correctness we instruct them to spout, they will immediately thaw out Hitler’s cryogenically preserved brain and elect it president. Or something.

On the other hand, perhaps the media’s current War on Intelligent Thought is overblown for self-serving reasons? Maybe the New York media’s frenzy over the Sanford community-watch volunteer serves (more or less) unconsciously as a distraction from, say, the massive stop-and-frisk profiling of New York City blacks carried out by mayor Michael Bloomberg, who in 2011 alarmingly boasted, “I have my own army in the NYPD, which is the seventh largest army in the world.”

The day before the president’s speech about the “historical context” behind the Obama Administration’s War on Zimmerman, Detroit announced bankruptcy. Should Detroit’s failure be assessed within the context of four decades of black rule, the first 19 years under the overtly anti-white Coleman Young?

Of course not. Some things simply aren’t proper to ponder.

“When the New York-Washington media obsess over how flyover America is a hotbed of racism and incipient Hitlerism, they are only projecting their own feelings about blacks onto the rest of the country.”

Thus, over the weekend, the liberal brain trust mulled over the contrasting fates of Detroit and another Rust Belt city, Pittsburgh, which after a long decline has started to regain population.

Now, a man from Mars would observe that Detroit is less than one-eighth as white as Pittsburgh.

In case you are wondering, Cleveland, which seems to fall between Detroit and Pittsburgh in the economic-dire-straits rankings, is demographically middling, too.

There seems to be a pattern.

But noticing patterns is shamefully racist, the mark of a Zimmerman. Where will it all end? With helping to pull families out of overturned vehicles?

There’s no single factor that determines civic prosperity, but an all-else-being-equal analysis shows that demographics play a sizable role. Pittsburgh, for instance, is currently benefiting from the good luck of being involved in the fracking boom. Yet the city’s demographics are such that energy executives and engineers find it tolerable to locate there.

That Pittsburgh is doing better than Detroit shouldn’t require convoluted theories. In general, white families tend to be much richer than black families. Median whites have net worths somewhere between nine and twenty times greater than median blacks, depending upon the study.

Hence, it’s easier for a whiter municipality than a blacker one to extract enough in taxes to pay its debts.

But since racial profiling, even of cities, is presumed to be the first step to murder and, no doubt, only a short, hop, skip, and jump from Auschwitz, you aren’t supposed to notice even this blatant difference between Detroit and Pittsburgh. Thus, Nobel Prize winner Paul Krugman concluded in his New York Times comparison of the two cities:

If you like, sprawl killed Detroit, by depriving it of the kind of environment that could incubate new sources of prosperity.

So the difference between Pittsburgh and Detroit doesn’t have to do with race, but with sprawl. Keep repeating the president’s invocation “Am I wringing as much bias out of myself as I can?” until you are as Nobel-worthy as Dr. Krugman.