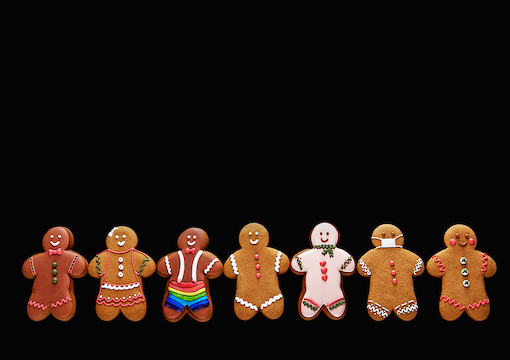 When I read that the United Arab Emirate’s Minister of Tolerance had been accused of sexual assault, I could not help but smile. The account of the assault itself, if true, was not at all funny, quite the reverse, but what caused me to smile was the very idea of a government minister of tolerance, presumably with a whole ministry to himself, complete with deputy ministers, senior and junior bureaucrats, secretaries, office cleaners, etc. No satirist could have invented anything better.

No doubt also the bureaucrats in the ministry had, in the words of job advertisements, “a proven track record” in the promotion of tolerance, for example by the public beheading or flogging of those convicted, or merely accused, of intolerance. The logo of the ministry was, perhaps, Be Tolerant or Else, its coat of arms including an angel statant and an executioner rampant on each side of a quartered shield displaying a halo alternating with a severed head.

Tolerance is one of those many qualities, such as bravery or originality, that in itself is neither good nor bad, but whose worth depends upon many other considerations. A precondition of tolerance, of course, is disapproval, for there is no need to exercise tolerance of what we approve of or are indifferent to. We can all tolerate what we approve of; it is in the exercise of control over the expression, verbal or in action, of our disapproval that tolerance lies. Such control may shade into stupidity or pusillanimity if it leads to tolerance of what ought not be tolerated; we call intolerant those people who do not accept what they ought to accept. Often our designation reveals as much about us as it reveals about them.

“The more closely one examines public administration in Western countries, the more one discovers positions that resemble that of the UAE Minister of Tolerance.”

The precise limits of proper or laudable tolerance are difficult to delineate a priori, and are a perennial problem for liberal democracies. What is impermissible in a church is not impermissible in a football stadium. Even the range of permissible behavior or expression in churches is quite wide, according to denomination. Most people accept that the law should not be the sole guide to the permissible; for example, the law might permit me to offend you gratuitously, but that does not mean that it would be right for me to do so. On the other hand, if I have something worthwhile to say, the fact that it might offend you should not deter me from saying it. Some people are so sensitive, or claim to be so sensitive, that they would find even the passing of the time of day offensive. So much the worse for them. Their claims to sensitivity should not constitute grounds for censorship.

Let me take, as an example, the United Kingdom, which has a Minister for Women and Equalities, complete with salary and pension entitlements. Her function is:

Promoting equality of opportunity for everyone

Now, apart from for the clinically brain-dead (the principal qualification, it seems, for being a minister in a British government), it ought to be abundantly obvious that personal autonomy and equality are completely incompatible, if by equality is meant anything other than equality before the law; for people choose different paths in life, some knowing full well that the paths they have chosen will never lead to power or financial fortune, while others make power or financial fortune their lodestone. As to equality of opportunity, no more horrible concept could be imagined, not only because a total absence of opportunity would be compatible with it, but because, even to try seriously to achieve it, official interference would have to be so great that it would make North Korea look like a libertarian paradise. A society can offer opportunity to almost everyone, but not equality of opportunity, and to aim at the impossible is often to miss the possible.

The vacuousness of British ministers was first brought home to me in Peking in 1995, whither I had been sent by a newspaper to cover a giant jamboree called the U.N. World Women’s Conference. A British minister (I will not name her) gave a press conference in which she said that women’s health ought to be the equal of men’s in all respects within a certain length of time. I asked afterwards whether this meant that she thought that men should live longer or that women should live shorter, but though this was a perfectly logical question given her statement—one or other alternative had to be the case if her aim were to be fulfilled—a civil servant stepped forward to say that my question was not a serious one. It was not serious only if what the minister had said was not meant seriously, which of course she could not admit in public. She had not the ability to answer for herself, and it was the job of the civil servant to protect her from the consequences of her own vacuity.

The more closely one examines public administration in Western countries, the more one discovers positions that resemble that of the UAE Minister of Tolerance. It is not at all difficult to find advertisements for jobs such as that of Equalities Manager:

Based at our main headquarters in the city centre, you will report to the Director of Delivery, Communications and Political Governance.

You will lead the Council’s approach supported by a team of Equalities Officers and will work closely with critical functions such as Communications and Human Resources to provide creative and inspiring leadership on equalities and to make sure we have the right approaches in place to make a real difference.

Equalities officers indeed! In absurdity at least the equal of a Minister of Tolerance, and probably more economically destructive.