Of Drama and Drachmas 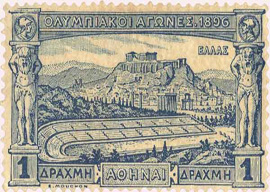 On the blue Aegean I float, reading:

Greek cities were at least for a while taken over by populist strongmen swept into power partly by the demand for radical debt relief.

This is not in the latest newspaper, but in a new book by anthropologist David Graeber called Debt: The First 5000 Years. It doesn’t refer to the last few months, but to turmoil in the city-states 2,500 years ago.

It was a time when “the poor,” as Aristotle wrote in his Constitution of the Athenians, “together with their wives and children, were enslaved to the rich.”

Which I suppose is any time after private property came to be, and cash money—which Aristotle views as a symbol. Graeber tells us it emerged in three places simultaneously: northern China’s great plains, the Ganges Valley, and right here in the lands surrounding the blue Aegean, on which I float.

We are just now in the islands around Patmos on a motorboat driven by Iannis—whose profile is as fine as his belly is full—and accompanied by Babbis, former gun-runner and cicerone to our motley crew of Swiss rock star, Roman dottore, Greek-American cyclist, Jewish Princess, and me.

Between the islands we progress, as Graeber progresses through the historical incarnations of debt and the bondage that follows it: from money used by nobody to money used only for ritual or social purposes, donations in temples, marriages, vergeld—paying two martin pelts if you cut off someone’s ear in a fight—to money used by everybody for everything, like a porne [prostitute] in the agora; people bought and sold, slavery, debt peonage, wage slavery.

“Language and money are both very flexible. We can twist them to suit our needs.”

Variations on the themes of money, might, the military, and the moral—our notions of which come straight from finance, says Graeber, with words such as reckoning, redemption, guilt, forgiveness, and sin all coined by bankers before the priests took them over. The Lord’s Prayer, in the original, encourages us to forgive not our trespasses but our debts, “as we forgive our debtors.”

What precisely does it mean to say that our sense of morality and justice is reduced to the language of the business deal? What does it mean when we reduce moral obligations to debts?

It turns “morality into a matter of impersonal arithmetic,” he says, “and by doing so [justifies] things that would otherwise seem outrageous or obscene.”

Sure, sophistry can do that, but so can hypocrisy. So can any tool that allows one to shirk responsibility.

As Hephaestus shirked, when after professing in words his love for Prometheus, he proceeded in deeds to chain him to the rock. Nothing personal. He was only doing his job.

“High-contriving son of Themis of Straight Counsel,” Aeschylus has him say, “this is not of your will nor of mine: yet I shall nail you in bonds of indissoluble bronze on this crag far from men.”

Let Hephaestus be the banks, just doing their job, objectively lending and expecting a return. Let Prometheus be everyone else—chained. Let Zeus be the laws of economics that ordain the shackling. Who, then, is to blame? Hephaestus for forging the chain? Zeus for ordering him to? Prometheus, who knew quite well what he was getting into when he defied Zeus?

Better find a scapegoat. Thankfully, there are quite a few of these fleet four-hoofed beasts here in the Greek hills.