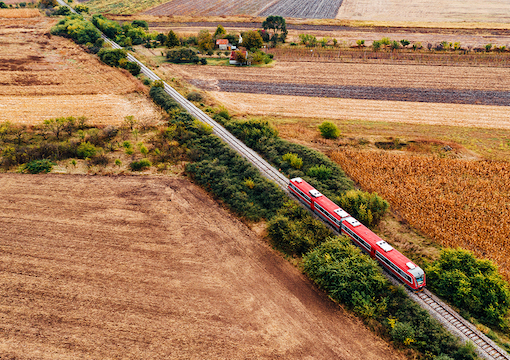 I have long thought that if it were not for complaint, we should have very little to talk about. Complaint is like crime in the theories of the first real sociologist, Émile Durkheim: It is the glue of society. Without opposition to crime, society would fall apart. Without complaint, most of us would remain silent and have no relations with others at all.

I was on a train the other day from Nîmes in the South of France to Paris. At Lyon, some people got off and others got on. Alas, among the latter was a lady, or at any rate a woman, who was full of complaint, had a loud voice, and was accompanied by a companion, or perhaps I should say a human sounding board. The latter said nothing all the way, and I was reminded of what Mahatma Gandhi said when he was asked whether he thought that he had dressed properly for his audience with the King-Emperor, not having changed his usual mode of dress. “He was wearing enough clothes for both of us,” he said. The complainant on the train talked enough for both of them.

In a way, she was a most remarkable person. She kept the torrent of righteous indignation up without drawing breath; perhaps she was an opera singer by trade, though I doubt it. No, she was a natural. Her most amazing feat, though, was the way she could talk through the sandwiches she brought with her and began to eat.

When I saw her unpacking the sandwiches—they were of the kind that are supposedly freshly made in some central sandwich-making factory, no doubt manned and womanned by illegal immigrants, and that are distributed to every station, train and gasoline, throughout the country without distinction—I thought, “Thank God, they’ll shut her up.” How wrong I was! They did no such thing. She was obviously very practiced, for if I had tried to talk through such sandwiches, I am sure that I would have sprayed the people around me with disgusting little saliva-impregnated pellets of the already moist and tasteless bread. But she managed somehow to eat them and talk at the same time, without the slightest change in timbre or, more remarkable, without making a horrible and disgusting mess.

“Unfortunately, metaphysics and inane chatter do not make good companions.”

The subject of her complaint was her recent holiday, followed quickly by her daughter’s boyfriend. Her holiday was terrible, from beginning to end. It was some kind of package holiday to some kind of terrible beach, overlooked by her terrible hotel where the food was terrible and frequented by even more terrible people. It was all terrible, and not at all what she had expected, albeit that it initially seemed like a bargain. She would never repeat the experience or advise anyone else to do so. As for her daughter’s boyfriend, he was as uncommunicative as her daughter, though this was only to be expected, but it in no way excused her daughter, who might at least telephone her more frequently (at this point, her telephone rang; it was her daughter, but she had nothing to say on the most important subject, namely her boyfriend, not even whether or not he was listening).

One might have supposed that these subjects would not have been enough to last a journey of 500 kilometers, albeit in a very fast train, but one would be wrong. I don’t think I have ever spoken for more than two hours without intermission, and am not sure that I could. If you asked me to relate everything I knew in the whole world, I do not think it would last for more than two hours. After a relatively short time, I start to hear myself and feel bored. My voice trails off.

At first I was very angry with this voluble lady. Train journeys, I find, are the best time to read with intense concentration and without interruption. I was reading a rather difficult and, truth to tell, tedious book of philosophy in preparation for a talk (45 minutes, my maximum) I was soon to give, which was going to contain some light metaphysical reasoning. Unfortunately, metaphysics and inane chatter do not make good companions. I soon found that it was like trying to read as you are falling asleep: You have to read the same sentence over and over again to make sense of it.

I tried looking at the woman, staring at her, putting on as hostile and exasperated an expression as I could without actually assaulting her. She was not one to take a hint. I think she screened out everything other than the terrible holiday and the terrible daughter’s terrible boyfriend from her consciousness. I think if the train had crashed, the rescuers would have found her among the twisted rails still complaining about the travel company that had as good (or bad) as swindled her.

My irritation, however, declined. I let go the book of metaphysics and took up the newspaper instead. The war in Syria and the coronavirus epidemic require much less strenuous concentration to read about than metaphysics. In the context, I even found it relaxing. Moreover, my attitude to the voluble lady began to change; I even started to feel some affection for her. As we doctors say, it takes all sorts to make a world. And if she had behaved as everyone else behaved, would she have given me any material for an article?

I understand that not everyone can write, of course; at least I hope not. But the fact is that writing helps one to endure what might otherwise be unendurable. I suppose I should know exactly why, but I don’t, except to say that the knowledge that you are going to write about something unpleasant puts a screen between yourself and your own experience. The only time I was beaten (mildly, I must say) by the police, I did not think “Ouch!” or “The bastards!” but “How am I going to describe this?” Of course, there would come a point at which writing could not compensate for the horrors of an experience, but a woman on a train whose volubility prevents you from reading metaphysics is well this side of that point.