Oh, What a Tangled Weave We Weld 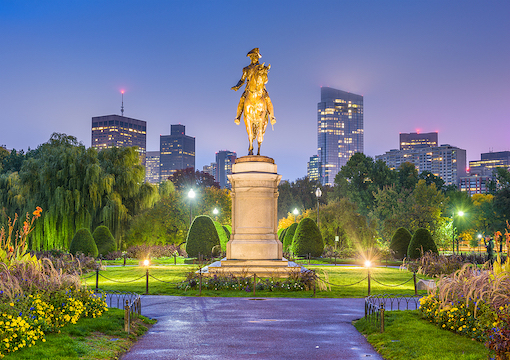 The exhibit was as ghastly as I’d anticipated. One piece of “art” (I’m not making this up) was a Hostess Fruit Pie nailed to a wall. There was also a pile of bricks, a precursor, I assume, to the infamous “bricks and a light bulb” exhibit that was mistaken for trash by an immigrant cleaning woman (credit where it’s due; Third Worlders don’t know art, but they sure know basura).

The highlight of the CalArts exhibit was a chair. A brown-colored wooden chair. Old, but not antique. Well-worn, the color faded on one leg, chips of paint on the back.

“The designers of today’s historical monuments are not even remotely concerned with teaching history.”

The artsy-farters were obsessed with this one. Surrounding it, they tried to one-up each other with insightful interpretations. “Obviously, the chipping paint symbolizes the decline of leisure time for the working class.” “Yes, but from a theme of race. The fading brown color shows how the black man is being erased from leisure entirely.” “From a Marxist analysis, the chair, perfectly chosen by the artist, represents the proletariat. The chair doesn’t earn the respect of being antique, nor the desirability of being newly made. Like the working man, used and abused, and eventually replaced.”

And just at that moment, a large-framed black man in uniform appeared in the gallery. He grabbed the chair and began dragging it away.

“Sir, do not be so rough with such a delicate work,” one of the bespectacled cretins cautioned. “Cease or I shall call a docent.”

“Man,” the black guy responded, “this is mine.”

“Oh, you are the artist? How wonderful! The finest piece in the gallery crafted by a man of color!”

“I knew it! I knew the themes were racial,” joyfully chirped another of the patrons.

It was just a regular chair. Which the intelligentsia mistook for art. And to which they ascribed wondrous meanings…all of them bullshit.

By now you’ve seen the abominable MLK “Embrace” statue in Boston; it went viral pretty quick, and deservedly so, but it wasn’t until I saw “sentient Ebola sore with a weave” Karen Attiah of the WaPo take to Twitter to call the sculpture racist—which prompted everyone else on Twitter to point out that the sculptor is black—that I realized I’d written about that very sculptor five years ago.

New Jersey “ottist” Hank Willis Thomas is the fraud who previously designed the sculpture that sits in front of the National Lynching Memorial in Montgomery (that name’s a bit vague, so for the sake of clarity, the memorial’s against lynching, not mourning its end). That sculpture has an interesting history. In the 1960s, a black South African photojournalist named Ernest Cole took a photo of black miners lining up for a medical inspection before going to work. The miners had their arms raised as the doctors examined them.

In 2015, Thomas made bronze casts based on Cole’s miners photo and deceitfully passed the image off as black Americans begging, “Hands up! Don’t shoot,” as white cops point guns at them.

South Africans criticized Thomas for taking the work of a noted black photographer and altering its meaning. But here in the States, the esteemed members of the intelligentsia couldn’t contain their admiration for the sculpture. “Look at the faces of those noble American black men, staring down the guns drawn by fascist cops, raising their arms in a cry for recognition of their bare humanity!”

When, in fact, the men in Cole’s photo—the photo appropriated by Thomas for his sculpture—were simply being told “deep breath; now cough” by the medical staff at a South African mine.

Based on his experience with the lynching memorial sculpture, Thomas fully understands that he can shovel any shit toward white American art aficionados and they’ll read genius into it. So when he got the contract to do the Boston MLK sculpture, he knew he didn’t have to put much work into it.

And he gave the city something that looks uniquely horrific from every angle. It’s like Thirty-Six Views of Mount Fuji, if view No. 1 is “man eating muff,” view No. 2 is “woman holding giant penis,” view No. 3 is “the half-assimilated Norwegian from The Thing,” view No. 4 is “tribute to the worm aliens from Stephen King’s Dreamcatcher,” etc.

But while whites can’t get enough of Thomas’ monstrosity, history is repeating itself; just as with the “hands up” sculpture, Thomas is drawing criticism from African blacks. The WaPo’s Attiah, who is Ghanaian/Nigerian, slammed the MLK sculpture for “cutting the heads off” MLK and his wife:

Boston’s Embrace statue perfectly represents how White America loves to butcher MLK. To have a dismembered statue of a Black man and woman, in a country that killed and destroyed so many Black people, will never sit right with me. MLK was murdered by white America.

Of course, Attiah, a 36-year-old child of African immigrants, has zero connection to the American Civil Rights struggle, and zero experience with lynching or Jim Crow. Indeed, it’s wholly possible that her ancestors sold MLK’s ancestors into slavery. But, as they say in Nigeria, opinions are like the AIDS virus—everybody’s got one. And Attiah saw Thomas’ abomination as a(nother) way to attack white America.

There’s nothing racial about the sculpture’s stank. Hank Willis Thomas is a con artist riding the wave of modern monuments that aren’t supposed to invoke memories or emotions but “discussion.”

“Hey—at least it makes ya think!” My least favorite cliché, used by ideologues to excuse unfounded claims and artists too untalented to convey a concept with clarity.

During the 1970s and ’80s, over in the Soviet bloc, they were into grotesqueries. Skeletons, skulls, and such. Like this cheery little fellow who stood at the entrance to the Auschwitz State Museum ticket counter.

Really makes you wanna buy that season pass, huh? My great disappointment when I first saw it in 1991 was that it wasn’t singing the “grim grinning ghosts” song.

But these days, Holocaust monuments, already masturbatory by nature, have become mutually so, as well-endowed Jewish orgs with zero concern for accurate history partner with scamming pseudo-artists to churn out one ridiculously incomprehensible monument after another. The push toward bizarrely self-indulgent Holocaust memorials gained steam in 1993 with avant-garde artiste Judith Cohen (a.k.a. “Judy Chicago”) and the publication of her wildly popular Holocaust Project (which gave us gems like “Nazi Philip Seymour Hoffman sterilizes tranny Antonio Fargas”).

From that point on, linear was out the window.

Like the Berlin Holocaust Memorial: 2,711 oddly sized concrete pillars. That’s it. Just 2,711 pillars. The official Berlin city website—and keep in mind the site is trying to encourage tourists to visit the monument—states “While walking between the columns of different heights and the labyrinthine corridors, visitors may experience a brief moment of disorientation, which should open up space for discussion.”

So that’s how you teach history! By disorienting people. I don’t know about you, but I’m at my most perceptive when I’m dazed and dizzy.

“I went to Germany and got totally wasted!”

“Oh, did you drink too much at Oktoberfest?”

“No, I commemorated the Holocaust.”

Miami Beach’s Holocaust memorial looks like something out of Close Encounters (exactly how did Holocaust victims become little green men?). Schwerte, Germany’s monument makes the Holocaust look like a Snidely Whiplash silent-film gag, and Yad Vashem’s is arguably the worst attempt ever at re-creating the Abbey Road cover. And Washington D.C.’s Victims of the Holocaust statue could well have been titled “Toppled Goalpost, Frozen Dreidel.”

The designers of today’s historical monuments are not even remotely concerned with teaching history. Which is oddly appropriate, as most American history teachers aren’t either. It’s all about pushing an agenda, which is why I’m predicting that obscure “makes ya think” memorials like the Boston MLK clusterfuck will soon go out of fashion. While whites praised the piece because they had to (“You wanna still be able to use PayPal? Praise the penisworm”), high-profile black commentators hated it specifically because it’s open to interpretation.

They wanted something that said “kill whitey.” No subtleties, no room for discussion.

Indeed, even the perfectly linear and emotionally straightforward Liberation Monument in New Jersey is now under fire because it celebrates American soldiers without condemning American racism: “The monument is a unique blend of serious contemplation and enduring hope. Yet, across the river from where Jewish refugees aboard the MS St. Louis were denied admission to the United States in 1940, one has to wonder if this enduring hope merely mystifies the full enormity of a tragic memory.”

Chew on that. Holocaust memorials made up of Tetris blocks that make visitors dizzy don’t “mystify” history, but a simple statue of a war-weary soldier carrying a weakened camp inmate does.

I think we’re going to see American monuments come full circle. During the heyday of Confederate memorial-building, 1900 through 1920, the average monument was super-straightforward: heroic white guy with beard on a horse, waving a battle sword. We’re not going to see those now-removed statues replaced with Hank Thomas’ cryptic absurdities. The unambiguous Civil War monuments will be replaced by equally unambiguous monuments that scream “White Man Bad” with zero vagueness.

Thomas is on the way out, as the rejection by blacks of his MLK eyesore clearly demonstrates.

Yet…there may soon come a day when you pine for his type of enigmatic art, as you take your kids to Mark Essex Elementary School in the shadow of a giant statue of George Floyd stomping Kyle Rittenhouse’s face. You may just say, “I miss the artsy-fartsy crap.”

Black critics made it clear: Hank Thomas and his “makes ya think” artwork is over. Monuments don’t need to make whites think, but fear.

So Thomas can sit down and shut up. And if he needs a chair, there’s one at CalArts that might appeal to his sensibilities.