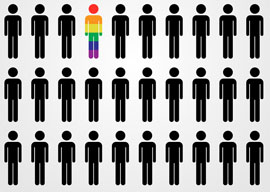 The British Medical Association, of which I am an undistinguished member, recently published a booklet entitled A Guide to Effective Communication in the Workplace, which I strongly suspected would be as helpful as a booklet entitled Improving Athletic Performance by Cutting the Achilles Tendon. I was right.

We are committed to promoting equal rights and opportunities, supporting diversity, and creating an open and inclusive environment for our members, employees and stakeholders. The successful implementation of equality and inclusion in all aspects of our work will ensure that members, colleagues and staff are valued, motivated and treated fairly. It will allow us to respond appropriately and sensitively to an increasingly diverse society.

“What a relief to belong to the first enlightened generation in the history of mankind”oops, sorry, humanity.”

“We are committed to…equal opportunities,” says the BMA, knowing full well that many of its members, probably a majority, seek advantages for their children that, almost by definition, other children cannot enjoy. They are right to do so”a parent who in the name of a utopian ideal did not do so would be something of a monster”but they cannot then go round proclaiming their devotion to the ideal of equal opportunity.

As to equality in the economic sense, the BMA, as a trade union”cum”professional association, is dedicated to procuring as many pecuniary advantages as it can for its members, and would be horrified if someone suggested that doctors should be paid, in the pursuit of equality, the same as cleaning ladies.

Not, of course, that one should use the term cleaning ladies, for to do so is not inclusive, and should be consigned to the semantic equivalent of the Index Librorum Prohibitorum by the little Popes of political correctness. But even if they were henceforth to be called cleaning persons rather than cleaning ladies, I doubt that the BMA would press for equal wages with them. All persons are equal, but some persons are more equal than others.

I hesitate to repeat what I have said elsewhere, but the fact remains that we have reached the stage where satire is prophecy. If, five years ago, you had been tasked with writing a politically correct booklet, A Guide to Effective Communication in the Workplace is what you might well have written. Here, for example, is what the BMA advises doctors to call, and not to call, pregnant mothers, and why:

A large majority of people that have been pregnant or have given birth identify as women. However, there are some intersex men and trans men who may get pregnant.

Therefore doctors should not use the expression expectant mothers but expectant people, for fear of offending all the pregnant transsexuals. Whether anyone has ever met an expectant transsexual offended by the term expectant mother is not stated; nor is the possibility aired that, if such a being actually existed, he or she should simply be told not to be so silly. The BMA now lives, or wants to live, in a world in which taking offense is its own justification: The offended, or yet-to-be offended, have taken over from the victims as the world’s heroes.