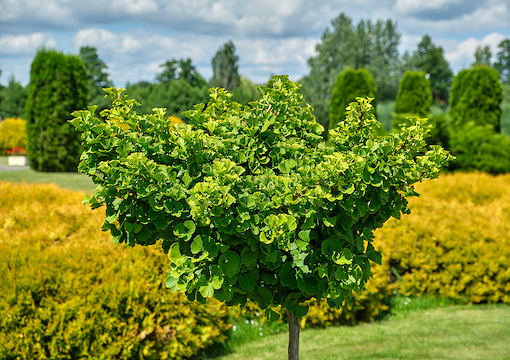 GSTAAD—Birthdays at my age are for the birds, but always a good excuse for a party. Messages of good wishes began early on, with loyal Speccie reader Arnold Taylor ringing from South Africa, and Rosemary and Wafic Said texting from the English countryside. (They wished me a happy 39th. I accepted.) My great buddy Michael Mailer, staying with the Kennedys at the family compound in Hyannis Port, had hoped to fly over but the you-know-what prevented it, while Charlie Glass rang from London to announce the end of capitalism as well as yours truly. I asked Charlie to answer me truthfully because it was my birthday, and he swore he would: “Do you have as many children out of wedlock as Boris, or more?” He hung up on me.

That evening Johnnie and Martine Cotton gifted me a ginkgo tree, one that I suspect will outlive me by rather a lot. Then the boozing started in earnest and I’m still under the weather. There’s not much to say about old age that hasn’t already been said, but this: Wisdom does not come automatically with advanced years, nor does the urge to seduce women take a hike. To be happy when one’s old you need luck and good health, the rest is all bulls—. One tends to weigh the few triumphs and numerous disasters, the ethical choices one has or has not made; one also appreciates the absurd happiness one feels at small pleasures like violent karate training, stolen kisses, family evenings. and boozing with friends. Travel is no longer a must, especially when one has been almost everywhere and seen almost everything there is to see.

“Wisdom does not come automatically with advanced years, nor does the urge to seduce women take a hike.”

For some strange reason America is always on my mind nowadays. I have bittersweet feelings about the place because of my past life there, with magical moments and images flooding back, some poignant, others funny, all of them happy and nostalgic. Way back then one felt invulnerable, an allegory for a past America sitting on top of the world. Now witch-hunting has replaced baseball as the national pastime—its one pitch being racism—and is trotted out for all occasions. So what does one do about the ongoing falsehoods that are ruining lives on hearsay alone? Get rid of Twitter, I suppose, or exterminate 90 percent of all journalists, but it’s easier said than done. Oh yes, I almost forgot, Harry and Meghan are also calling for an end to racism or else, which means eternal damnation is just around the corner.

Basically all this shows is how ignorant people really are. All over America, self-hating products of its schools are encouraged by the media and the politicians to paint the darkest possible picture of the history of the country. Nothing else will satisfy them except the abolition of America, and this by people who look like those who created the country in the first place.

Looking at pictures of the looting and rioting—36 of the 50 largest cities in America are experiencing double-digit homicide rates—I wonder what their excuse will be when America is turned into Venezuela. New York magazine described the two rich lawyers who threw Molotov cocktails at a police car as martyrs, while a sick children’s home in Chicago was attacked by a mob while BLM leader Ariel Atkins called for reparations. The narrative of white patriarchy is repeated ad nauseam by the media, which maintains that even statues of saints represent white supremacist culture. Jozef De Veuster was a Belgian priest born in 1840 who was sanctified for spending his life tending to lepers in Hawaii and dying of the disease. He built schools, roads, an orphanage, and a hospital before succumbing to leprosy. A statue was built in Washington, D.C., to Saint Damien of Molokai. Now a Congresswoman by the name of Alexandria Ocasio-Cortez, representing the Bronx and Queens districts of New York, and seething with hate for whites, has called for his statue to be torn down as it “represents white patriarchy.” My guess is that this publicity-seeking freak will next ask for the abolition of icons of the twelve apostles, even our Lord Jesus himself.

Never mind, in merry old England things are not much better, but with less violence, to be sure. What I don’t get is how a succession of Tory prime ministers has failed to stop the PC rot of the BBC. What’s the use of winning an election and having to watch anti-government propaganda all day and all night? Watching the top cop, Baroness Dick, being questioned like a criminal on racism awoke urges in me for Felix Dzerzhinsky, the old Pole and Stalin gatekeeper who knew what to do with cheeky hacks. Again, never mind. Brits are not crybabies like the Yanks, who claim the virus has caused them “existential ghastliness and emotional distress.” Poor old things, they also suffered during the last world war because there was not enough Coca-Cola to go around. From now on we shall have idea policing and speech modification in order to remain mainstream in our thinking and in the way we act. And warnings for everything, including whistling “Springtime for Hitler and Germany.” Make sure people know it’s a spoof from the movie and that you’re not just whistling Dixie.