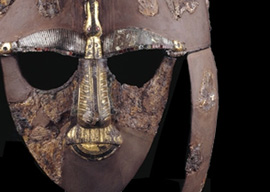 Intelligent people worry that our new “meritocratic” elite may become a hereditary caste. Charles Murray sees something ominous in the fact that for 25% of modern married couples, both partners have a college degree, whereas only 3% did in 1960. He and others worry that such assortative mating will produce a caste of high-IQ overlords. I have no such worries. I’m worried that American college graduates are becoming more obviously birdbrained by the year.

It is true that a certain kind of college-educated numskull is now more likely to mate with other college-educated dunderheads. That doesn’t mean they’re particularly intelligent. When we compare them to the elites or even average people from a few years ago, it’s not entirely clear the modern college graduate learns much that is identifiable as knowledge.

People used to learn measurable things in college and high school. My parents, who were poverty-stricken working-class people, learned Anglo-Saxon and Latin as a part of their high school education. Many college graduates in English literature were required to learn Anglo-Saxon until fairly recently; as a result, the subject was often required in high school as well. Thanks to Murray’s “new elites,” I had several years” worth of high-school health and social-studies classes which taught me exactly nothing worth knowing.

“From the looks of them, modern college graduates could use a little rude vitality.”

I recently taught myself some Anglo-Saxon to see what I was missing. It’s not particularly challenging; much easier than Latin.

It gave me a new appreciation for English as a Germanic language, for its grammar and evolution since the Dark Ages, and for modern English’s dynamism and expressiveness. Old English is a crude language. It lacks entire concepts we now take for granted and retains primitive notions and structure we have long since discarded. Old English reminds me of a rustic plow compared to modern English’s vast combine harvester. The old thing is more beautiful and more human in spirit and scale than the new thing, but it’s not as efficient and useful.

One learns interesting history while learning a dead language. While most people think of the Anglo-Saxons as laconic, mustachioed bumpkins, they were a seafaring nation”well-traveled and with cousins all over Europe. The first passage I read in the old tongue was a travelogue. The author complained about a lack of beer in old Estonia. Our early Anglo-Saxon tourist found that the Estonian mead made up for it. A familiarity with Anglo-Saxon also gives a fair lead up on Old Norse, Old Dutch, Gothic, and Old High German. The Germanic tribes are very close relatives. This fact is rarely mentioned these days, and it is probably a sort of thought crime to notice.

Anglo-Saxon poetry is beautiful in ways that modern English poetry can’t be. It is alliterative and has an appealingly different rhythm from modern English. I find it deeply moving in the same way I find visual Anglo-Saxon art to be beautiful. It uses a rich type of metaphor and allusion called “kenning,” which is primal and evocative. An Anglo-Saxon poet wouldn’t “share his feelings about ocean travel”; he would “unlock his breast-hoard about taking the road of the whales.” This isn’t the light, Latinate beauty of what most people consider “classic art”; it is the rude, vital beauty of people with a deep aesthetic sense and limited descriptive vocabulary. From the looks of them, modern college graduates could use a little rude vitality. An encounter with the old skalds might put a little pink in their sallow cheeks.