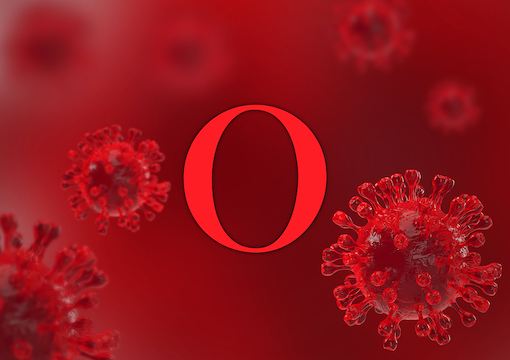 GSTAAD—It is hard to imagine we have reached the year 2022 and still impose completely irrelevant restrictions on each other. By “we” I mean those of us in the supposedly enlightened West, where silliness, jealousy, cruelty, and wokeness rule the roost. I’ll begin with the Chinese virus that has contrived to dominate the headlines even more than Boris Johnson and Meghan Markle put together.

I got Covid following my Christmas party (which was a great success if one is to believe some of the thank-you notes I received). All I can say is that it’s not true that chastity is sexually alluring, for if it were, women would go for newly ordained priests who take their vows seriously, rather than elderly swine of men. I obviously snogged the wrong girl because the day after the party the legs were not moving nor was the brain. Then came the inability to breathe in the middle of the night. It actually felt like curtains—no doctor will visit or even answer the telephone in the Bagel—but then I gave the middle finger to the man in the white suit and told him to go reproduce himself. I spoke to the wife in Switzerland, who was eager to fly over but I forbade it. Two days and nights of hell and then it was all over. Let’s face the facts: Omicron is no big deal. The media, always desperate to panic gullible souls and spread fear, began the countdown to Armageddon and it’s still counting. Actually, Omicron deftly evades antibodies, which are part of the body’s first defenders, but that is Omicron’s only strength. Ironically, those who have been vaccinated, as I have, are more prone to an Omicron attack. Vaccine-induced antibodies perform much worse against Omicron than against other variants. But it’s no big deal. Boosters lessen these infections. I’m 85, and I drink and smoke and stay up late, yet after three days I was once again training and carousing, although I did feel rather funny when starting up again.

“Let’s face the facts: Omicron is no big deal.”

So, ignore Neil Ferguson’s doomsday predictions; instead, read up on anything and everything written by Niall Ferguson. Get the booster that does to Omicron what the 300 Spartans did to the Persian hordes: slow them down so Themistocles would later erase them from the Greek map once and for all. Watch Omicron turn into Omega, the last letter in the Greek alphabet, and become just one bad memory with only a few victims. Do not turn against Doctor Taki if his medical and scientific predictions are all wrong. He did, after all, infect himself for the sake of science, however pleasant the infectious procedure may have been. (Mind you, and despite the bragging, I haven’t felt the same since, but that’s between you, me, and Marie Curie.)

And now for the Christmas party: It used to be a grand affair and it was always in Gstaad. I don’t know how and why, but it went west with the night and ended up in the Bagel. After my kids got married and chose to live in Europe, the party turned into a bachelor blast just before our Lord’s birthday. Michael Mailer got involved and it slowly turned into a Hollywood affair. I used to take over a nightclub, but now I have a more civilized evening at home. Douglas Murray was a guest this year, as was the governor of New Jersey, a Democrat, whose wife used to trip the light fantastic with Michael. He arrived well into his cups, as was I, and then two guests were about to spoil the Christmas cheer by challenging each other. I stepped in, reminded them that neither knew how to fight, and informed them that the lady they were about to tangle over was the love of my life. Things cooled down and I got Covid.

Before the booze got to me and while talking to my publisher Morgan Entrekin of Grove/Atlantic, I mentioned a collection of all my writings these past fifty years that a friend of mine is gathering. “If I were to bring up your name these youngsters would evict me from my office,” was the way he put it. “Is it as bad as all that?” I asked him. “It’s worse,” was his answer. Talk about censorship by the woke gestapo. Films, plays, books, articles—if it ain’t woke it ain’t kosher. Freedom has gone with the wind in the land of the freebie and the home of the depraved. So be it. I’m now back in good old Helvetia and I miss the Bagel as much as I miss the virus.

Here in Gstaad I’ve followed a ritual for close to sixty years: Lunch on the 31st was always with the King of Greece and Aleko Goulandris. We’d down three or four bottles of champagne and I would continue through the long night. Around five or six in the morning I’d hit the Palace Hotel, which was always jumping. Not this year, thanks to you-know-what. So I had a very nice dinner at home with children and grandchildren and a few friends, drank a delicious Pauillac until midnight, then switched to more serious stuff. And ended up snogging my wonderful wife to whom I’ve been married for fifty years this Christmas. I wish all the readers a very happy 2022, and a special wish for my Low Life colleague, the great Jeremy Clarke.