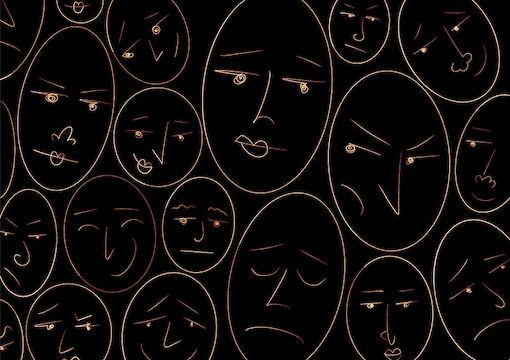 Were it not for the fact that I have been losing things from the time I possessed anything to lose, I should have taken my inability to find my credit card recently as a sign of incipient cognitive decline.

I panicked—not at the thought of someone using the card to treat himself at my expense, but at the thought of having to contact the bank to declare it lost. The very thought was enough to depress my spirits. A recording would no doubt tell me that my call was very important to that vast and august organization but that, because of an unusually high number of calls today, I might have to wait longer than usual for a reply—usual being about 45 minutes.

I looked in all the places that I thought that the credit card might be, principally the pockets of garments that I had worn in the past few days. Then I had the happy idea of looking in the car, and there it was, lying sweetly on the floor on the driver’s side. What a relief! Misery turned instantly to joy, a joy so great that I thought that maybe it was worth experiencing the misery to experience the joy at the removal of the cause of the misery.

“We invest events with meaning because we prefer to think that there is some purpose behind them rather than that there is none.”

I am not sure how far this goes to explain the ways of God to man and the need for imperfection and unhappiness in a world created by a being simultaneously omnipotent and benevolent. Surely God could have created us so that we never lost our credit cards and therefore never had to go through that vale of tears we call contacting the bank; but if He had done so, we should never have experienced the bliss, either, of being released from that necessity. Thus happiness, at least in the acute form of joy, depends or is parasitic on the possibility of its opposite, misery. Precisely how much misery or suffering there needs to be in order for us to experience joy is not a straightforward question.

Whenever I lose something, which is quite often, I fall prey to an odd superstition, though I consider myself a rational man, at least to the extent that such a being exists. Once I realize that I have lost something, I begin to search. I do not immediately do so in a logical or systematic way, but more in a fashion that resembles the perambulations of a headless chicken. Only when this fails to yield results do I begin to think more clearly and try to trace my steps since I last saw the object in question. Though entirely sensible, this logical approach also often fails to yield results, partly because (a) I can’t really remember when I last saw the object, and (b) even if I can, my memory since then is largely composed of blanks. I go through my life not laying down memories so much as ensuring that my brain is not too encumbered by them. I return to headless chicken mode, though now angry as well.

It is then that I fall prey to the superstition that finding the object is not so much a matter of where it actually is, of whether it has fallen down a deep and inaccessible hole or been mistaken for trash and incinerated, but of how hard I look for it. No matter where it is, I will find it if I look hard enough; effort will be rewarded. If I fail to find it, the fault will not be with my original absentmindedness, the natural cause of the loss, but with my lack of persistence and determination in my search. Thus I turn a banal event into a test of moral significance and meaning.

Man might be defined not as the rational animal, but as the meaning-seeking animal. We invest events with meaning because we prefer to think that there is some purpose behind them rather than that there is none. This is the reason why conspiracy theories are so popular. A malign purpose is better than no purpose at all, for it not only encourages a belief in the possibility of human control over events, and that if only the malign conspirators could be eliminated (the contemplation of the destruction of fellow beings being always delightful to a certain kind of person), the world could be much improved, but it also flatters and inflates the importance and powers of mankind in general.

In 1755, there was an earthquake in Lisbon that almost destroyed the city and killed about 30,000 people by means of collapsing buildings, burning and asphyxiation by fires, and drowning in the tsunami that soon followed. A Europe-wide debate followed about the wider significance of this catastrophic event. The question boiled down to whether it was just one of those things or whether there was some wider meaning or purpose behind it, for example God’s judgment on the wickedness of Lisbon—not that there was any reason to think that Lisbon was worse in point of morals than other European cities, and sermons were preached in London suggesting that it was next for the earthquake treatment, and deservedly so.

The Lisbon earthquake certainly encouraged the development of seismology as a science, and some historians have claimed that it acted as an accelerator of the Enlightenment. It was difficult to reconcile the earthquake with a benevolent divine providence: Voltaire wrote a poem about the earthquake and also Candide, the famous philosophical fable mocking the idea that all that happened was for the best because God had ordained it so and God, after all, was infinitely benevolent. On the purely naturalistic view, the Lisbon earthquake was the result of the movement of tectonic plates, and nothing else; no need for further explanation. And by extension, everything that happens in the universe could be explained naturalistically, without the intervention of purpose or meaning.

Yet such is the nature of the human mind that even the firmest believer in the meaninglessness of existence finds purpose difficult to eliminate from his thoughts. If you read books by strict Darwinists, for example, you will frequently find locutions such as “Evolution did this” or “Evolution decreed that,” as if Evolution were a being with a mind and purpose of its own. The question remains, of course, whether we impose purpose on the world (by which I mean all that exists) because of our psychological makeup or whether purpose is genuinely immanent in the world. I incline to the former view, but I would not go to the stake for it.