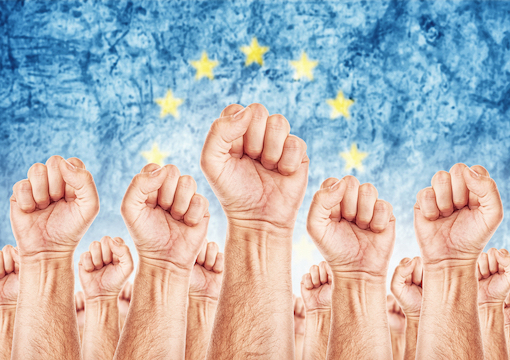 These days one doesn’t know—if one ever did—what to believe. We are told, for example, that Hungary and Poland are sliding into authoritarianism, but is it true? Most of us speak neither Hungarian nor Polish, and those people we know who do so are usually parti pris. It all depends on whether we trust our informants, and largely we do not.

In Hungary, it is said, the media—television and newspapers—are increasingly in the hands of the governing party; but even if true, how much would it matter? We are also told that such media are of ever less importance in forming public opinion, especially among the young. Much stricter control of the media than anyone has alleged against Hungary has proved perfectly compatible with popular revolt or revolution. Recently the opposition party won the municipal elections in Budapest, suggesting that opinion is dividing between the metropolitan area and the rest, as it is dividing in many other countries.

Nor are those who accuse Hungary and Poland of authoritarianism necessarily friends of freedom of choice themselves, except in respect of which restaurant to go to tonight. I’m bored with Mexican, why not Moroccan? This is not necessarily a perfect model for society, or at least for all societies, as a whole. And in fact there does seem such a political phenomenon as liberal authoritarianism.

President Macron of France, for example, wants a Europe-wide approach to immigration. This does not recognize that what suits one country does not necessarily suit another. It also implies a supranational authority that has the power, legal and de facto, to implement such a policy, even against the wishes of a local population. He wants migrants arriving—illegally, of course—to be shared out among European countries according to a binding formula.

“It is not demography that makes demographic renewal necessary in Europe, it is social security.”

There are many things to be said about this proposal. The first is that it takes no notice of the preference of the migrants themselves, who may not wish to be delivered like an inanimate parcel to this or that resentful country. Not that they will necessarily have to stay there: If they can support themselves elsewhere and raise the money to go, there will be nothing to stop them from moving.

Second, the proposal recognizes, or at any rate implies, that the migrants are not a benefit but a liability to the receiving country, which is why they have to be parceled out as if they were the bearers of some contagious disease. It is possible, of course, that they will not prove a liability, for no one knows for certain what the consequences will be in, say, fifty years.There are examples in history in which migrants who were at first unwelcome proved to be beneficial to the receiving country. But the principle of sharing out the burden does not suggest that M. Macron believes the migrants to be an overall blessing, certainly not in the duration of his political career—and he is still in his early 40s.

It is often said that Europe has need of demographic renewal, so low is its birth rate. This argument seems to me to be entirely false, or alternatively intended to disguise something very discreditable. The rate of youth unemployment in European countries with a total population of more than 150,000,000 people is 20 to 25 percent, which means that there is a very considerable reserve army of labor. It should surely be easier for a young Spaniard, Greek, or Frenchman to integrate into German society than for someone from the Middle East or Africa. But of course the young Europeans, especially those without qualifications, are not desperate for work because, thanks to state allocations, they can get by without, and would hardly be better off if they did move to where there is work.

So—if I am right, and I confess that I might not be—it is not demography that makes demographic renewal necessary in Europe, it is social security. Countries with full employment need to import labor, but cannot do so from other countries in Europe because that labor would require much higher wages to give them an incentive to seek work, in fact higher wages than their labor was worth. In these circumstances, migrants are a necessary source of cheap labor, irrespective of whatever other advantages or—more likely—disadvantages they might bring.

Not that I actually believe that a desire for a renewed proletariat to man the German car industry was the reason for Mrs. Merkel’s sudden acceptance of a million migrants. But whatever the reason, hers was an authoritarian decision that made Mr. Orban look a model democratic ruler. For when Mrs. Merkel said, “We can do this,” what she really meant was “You can do this,” or rather, “You must do this,” and all without the semblance of a consultation of the wishes of the German population in so serious a matter. She had nothing to lose herself but her polls, and she was near retirement anyway.

Furthermore, her unilateral decision must surely have deepened divisions within German society, between the better educated who were the least affected, and the worse educated who were the most affected by her decision. The former would be more concerned with feeling good about themselves—a specially urgent desire in Germany, for reasons I need not explain—than with the effect on those who would bear the brunt of the consequences of the decision. Voilà the rise of populism, that is to say of popular opinions that some people don’t like and think despicable.

It is, of course, a common human trait to accuse others of precisely the faults that one has oneself. In the case of authoritarianism, the accusation is easy, because there can be no complex modern society without the exercise of authority by someone. The question is whether that authority is exercised with both moderation and some kind of check or balance. For the former, an inner sense of limitation is necessary, and many so-called liberals do not have it. If Jesus were to return to earth in Europe, he would no doubt say, “Why beholdest thou the authoritarianism that is in thy brother’s polity, but considerest not the authoritarianism that is in thine own polity?”