On a Fast Track to National Ruin 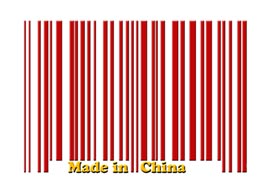 In the first quarter of 2015, in the sixth year of the historic Obama recovery, the U.S. economy grew by two-tenths of 1 percent.

And that probably sugarcoats it.

For trade deficits subtract from the growth of GDP, and the U.S. trade deficit that just came in was a monster.

As the AP’s Martin Crutsinger writes, “The U.S. trade deficit in March swelled to the highest level in more than six years, propelled by a flood of imports that may have sapped the U.S. economy of any growth in the first quarter.”

The March deficit was $51.2 billion, largest of any month since 2008. In goods alone, the trade deficit hit $64 billion.

What does this flood of imports of things we once made here mean for a city like, say, Baltimore? Writes columnist Allan Brownfeld:

“Baltimore was once a city where tens of thousands of blue collar employees earned a good living in industries building cars, airplanes and making steel. … In 1970, about a third of the labor force in Baltimore was employed in manufacturing. By 2000, only 7 percent of city residents had manufacturing jobs.”

Put down blue-collar Baltimore alongside Motor City, Detroit, as another fatality of free-trade fanaticism.

“Over 25 years, China has amassed $4 trillion in trade surpluses at our expense.”

For as imports substitute for U.S. production and kill U.S. jobs, trade deficits reduce a nation’s GDP. And since Bill Clinton took office, the U.S. trade deficits have totaled $11.2 trillion.

In importing all those trillions in foreign-made goods, we exported the future of America’s young. Our political and corporate elites sold out working- and middle-class America—to enrich the monied class.

And they sure succeeded.

Yet, remarkably, Republicans who wail over Obama’s budget deficits ignore the more ruinous trade deficits that leech away the industrial base upon which America’s self-reliance and military might have always depended.

Last month, the U.S. trade deficit with the People’s Republic of China reached $31.2 billion, the largest in history between two nations.

Over 25 years, China has amassed $4 trillion in trade surpluses at our expense. And where are the Republicans?

Talking tough about building new fleets of planes and ships and carriers to defend Asia from the rising threat of China, which those same Republicans did more than anyone else to create.

Now this GOP Congress is preparing to vote for “fast track” and surrender its right to amend any Trans-Pacific Partnership trade deal that Obama brings home.

But consider that TPP. While the propaganda is all about a deal to cover 40 percent of world trade, what are we really talking about?

First, TPP will cover 37 percent of world trade. But 80 percent of that is trade between the U.S. and nations with which we already have trade deals. As for the last 20 percent, our new partners will be New Zealand, Malaysia, Vietnam, Brunei and Japan.