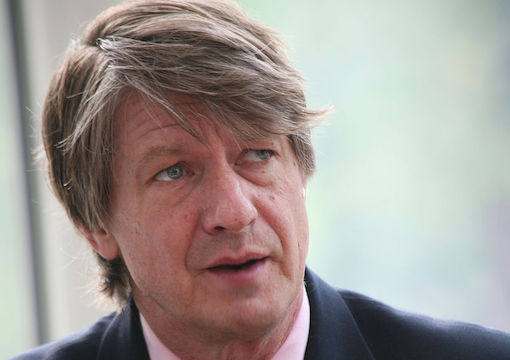 Was it Socrates who said that chaos was the natural state of mankind, and tyranny the usual remedy? Actually it was Santayana, and boy, did he ever get it right. My friend Christopher Mills has given me a terrific book, The Wages of Destruction, by Adam Tooze, about the breaking of the Nazi economy. I thought I knew everything there is to know about that period, but I hadn’t thought of global economic realities, the ones that actually won the war. Germany’s limited territory and lack of natural resources led to war. Germans had been starving since the end of the Great War, and needed the corn of the Ukraine and the oil deposits of Romania in order to feed themselves and keep warm. Once in power, all Hitler needed to do was deal; instead, well, you know the rest. Or do you?

Here are a few facts that had escaped me, as they also did many of our gloating historians: The global balance of economic and military power was from the start heavily stacked against Hitler, but the brilliant campaign against France blinded him to Germany’s weaknesses. At that time Germany’s economy was compared to that of Britain, the U.S., and France. But Germany’s economic superiority was a myth. The combined GDP of the British and the French empires exceeded that of Germany by 60 percent. In present-day terms—and read this carefully—Germany’s economy was comparable to that of Iran or South Africa. Two guesses why historians tend to overlook this. It shows the Wehrmacht as David and the Allies as Goliath. In view of the fact that Hitler’s crimes against Jews, Poles, homosexuals, gypsies, and others were so egregious, why exaggerate our victories against an underpowered opponent?

“P.J. was always upbeat about the state of things, even the dictatorship of woke.”

What I find amazing is how history is twisted by so-called experts, the kind who had most of the world believe that Putin had Trump in his pocket due to embarrassing tapes and had helped the orange man win the White House. Unaccountable inches of left-wing papers and TV stations in America and the U.K. banged on about this for three long years. At the end it turned out Hillary Clinton’s camp had dealt more with Putin than The Donald. No one has apologized and the public still reads and believes the stuff put out by The New York Times and The Guardian. How is that possible, I recently asked someone I consider quite knowledgeable, and he quipped, paraphrasing Mark Twain, or is it H.L. Mencken, that one never goes broke underestimating the public’s ability to believe left-wing conspiracy theories.

Right now we have a bunch of nobodies canceling people, plays, and books, ruining careers, and we do nothing about it. Publishers are scared to death of these nobodies, and one unproved accusation against a noted historian by a woman has ruined Blake Bailey’s career. Lies and unproven charges have become the norm, and instead of resisting such blatant rubbish, people are giving in by remaining silent. And by their silence they aid and abet the false charges and ghastly lies. It’s time to fight back and fight back with a vengeance.

Mind you, America has been one big lie for some time now, starting with the informal promise to Gorbachev that NATO would not expand to Russian borders. Yet Putin is now the bogeyman while the clowns of the E.U. and Biden are posing as tough guys à la Mussolini on parade. By the way, did you know that Ukrainian oligarchs are among the most corrupt and make some of their Russian counterparts look almost honest?

Never mind. I am very saddened by the death of my very good friend P.J. O’Rourke, as nice a man as I’ve ever known, one whose moral courage made him warn me about his closest friend’s wife who was spreading a terrible lie about me, that I was a police informer and had lefties tortured in Greece. (I wonder who made that one up, unless she did?) P.J. was always upbeat about the state of things, even the dictatorship of woke and transgender propaganda, and the last time we met in my flat we shared and killed a bottle of scotch whiskey, two cigars for P.J., ten ciggies for me. In a blurb for the greatest-ever prison book, P.J. wrote that “Taki is the funniest Greek since Aristophanes, plus he’s not dead and you can spell his name.”

And as the witch hunts continue against innocents while we do nothing, guess what the great Thomas Mann had to say about America while at Princeton in 1941: “If ever Fascism should come to America, it will come in the name of freedom.” When I read this I was flabbergasted, stunned. How perceptive could one be so many years ago, especially with Fascism almost triumphant and America peaceful and neutral? Bravo, Tommy boy, you saw it coming. The great German predicted it because he knew the difference between freedom and liberty, and the fact that Americans did not know. Free like Snoop Dog rapping during halftime at this year’s Super Bowl to say, “All you n—as out there, take your guns you use to shoot each other, and start shooting these bitch-ass motherf—ing police” (NY Post, Wednesday, Feb. 16). It’s called freedom in America, and Americans are now finally free to destroy the country, and we’re not doing so badly following their example ourselves.