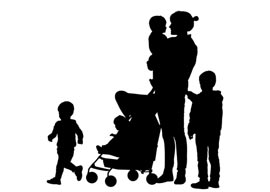 Robert D. Putnam, a Harvard political scientist most famous for his 1995 article “Bowling Alone“ about the decline of social capital, is the liberal Charles Murray.

Putnam has long benefited from being the slightly dull but ideologically respectable alternative to Murray. It helped Putnam’s career that his “Bowling Alone” article came out the year after The Bell Curve. Although less interesting or impressive than Herrnstein and Murray’s magnum opus, it was popular with Clintonian moderate liberals because it was a sort of Bell Curve Lite: a tiny bit politically incorrect, but careful not to push the envelope of acceptability too hard.

Just as Murray’s 2012 book Coming Apart: The State of White America, 1960-2010 was inspired by his fond look back at growing up in the culturally egalitarian small town of Newton, Iowa, Putnam’s new book, Our Kids: The American Dream in Crisis, was inspired by the 50th reunion in 2009 of Putnam’s high school classmates in the little Lake Erie city of Port Clinton, Ohio.

Of course, the way you get to be the Liberal Charles Murray is not to mention Murray’s name in your latest book, despite how relevant Murray’s Coming Apart is to Putnam’s Our Kids. In fact, Our Kids would be more readable if it were pitched as a direct response to Coming Apart.

Putnam is notoriously torn between his decent skills as a quantitative social scientist and his desire to avoid trouble with anti-science progressives who vehemently denounced Murray for co-authoring The Bell Curve. In a comic 2006 episode, Putnam admitted to Financial Times columnist John Lloyd that he had socked away for a half decade the results of his huge survey of American communities while he tried to figure out how to spin its finding that ethnic diversity was disastrous. Putnam memorably confessed to Lloyd:

One obvious problem with doing Big Social Science with numerous grad students is that Putnam might reasonably feel reluctant to endanger their careers by mentioning anything terribly politically incorrect about what they found. (Murray uses fewer assistants, but two years ago the Eye of Sauron managed to hunt down a former one, Jason Richwine, for the crime of writing his Harvard Ph.D. dissertation on the IQ of immigrants.)

“But another way for poor women to boost the resources they can provide per child is to have fewer children.”

Putnam complained to the Harvard Crimson that “it’s almost criminal” that the Financial Times hadn”t sufficiently emphasized the spin he had finally come up with: that the community-sapping downsides of diversity “have been socially constructed, and can be socially reconstructed. … We should construct a new us.”

“Putnam“ is one of those high-achieving Puritan surnames, like Huntington or Eliot. It traces back to Salem, Massachusetts during the Witch Trial Era. The professor himself wears a Yankee-looking combination of beard without a moustache, in the mode of Abraham Lincoln or Melville’s Captain Ahab. Raised a Methodist, Putnam converted to his wife’s Judaism, which sounds like a painful way for an adult male to deconstruct a new us.

After his high school class’s 50th reunion, Putnam decided to put together a big team of grad students to test his perception that the fates of his generation had been far less constrained by their parents” social class than that of the town’s current young people. Was Port Clinton back in the day really the demi-paradise of functional families and productive attitudes that Putnam remembered?

Basically, yes. It turned out that Port Clinton’s 1959 class of Midwestern whites and a tiny number of blacks had, on the whole, done pretty well in life. On average, they”d completed significantly more years of schooling than their parents. And the main predictor of their educational attainment was their high school grades, not their parents” background.

In contrast, Putnam’s researchers found that Port Clinton today is more bifurcated by class. It now serves both as an attractive lakeside exurb for upper middle class families who work in Toledo and other old industrial towns, and as a depressing Rust Belt holding pen for downwardly mobile whites. Typically, the offspring of families disordered by drink, drugs, crime, and random lusts. One memorable character in the book is David, a semi-homeless Port Clinton youth who has nine half-siblings.

Moreover, when Putnam’s researchers spread out across the country to interview the rich and the poor they found that raising your child’s prospects in life is much more complicated today than during Putnam’s childhood. The checklist of activities to get your kid into a prestigious college is daunting even for well-educated couples, much less for dropout single mothers.

Putnam laments that uneducated parents spend only two-thirds as much time reading to each child as do their upper middle class competitors, a gap that used to be narrower. Yet, Putnam’s schoolmates got very little tiger parenting and they seemed to do okay. In fact, their parents appear to have enjoyed more time than us moderns have for, say, doing the limbo at cocktail parties while flirting with neighbors” spouses. “Looking back, I think my parents had more fun than I did,” wrote Dave Barry recently regarding the perpetual parties of his mother, and father, who was a Presbyterian minister in buttoned-down Armonk, NY, home of IBM.

One reason why raising a family is more of a Social Darwinian ordeal today seems not to have occurred to either Putnam or Murray: America has become simply a much more crowded and thus expensive country. The 1960 Census found the population was 181 million, compared to 321 million today. Some of the growth has been due to the Baby Boom that went on through 1964, but much has been due to the revival of mass immigration by Congress starting in 1965 after four decades of restraint, a subject that neither Putnam nor Murray discuss.

One advantage that Midwestern kids of the Putnam / Murray generation had over today’s Midwesterners is that they could easily afford to move to California. Back in 1960, when only 16 million people lived in the Golden State, compared to 39 million today, new freeways were bringing cheap suburban land within reasonable commuting range of decent paying factory and office jobs. The California magnet also benefited stay-at-homes by driving up the wages Midwestern employers had to pay to keep their workers from decamping for the West Coast.

Putnam’s team visited Orange County, CA, which had once been a mecca for average Americans in the days of Disneyland and the Beach Boys, to profile Mexican students at two high schools: Fullerton’s high-achieving Troy HS and the all-Hispanic Santa Ana HS. The latter had zero National Merit Semifinalists in 2013, while Troy had 40 students who aced the PSAT. How does Troy HS do it?

Well, actually Troy doesn”t do it. Troy has the same number of Spanish-surname National Merit Semifinalists as downscale Santa Ana: none. Troy is an exam school much like Stuyvesant HS in New York City, and it’s similarly Asian dominated: 32 of its 40 Semifinalists have Asian surnames. I had to go look those numbers up myself, however. If you read Putnam closely you can figure out what the deal is with Troy. But he doesn”t make it easy for readers because he wants you to believe race isn”t very relevant anymore: today, it’s all about class. But now race drives class far more than in his day when the country was over 85 percent white.