One Foot in the Bunker 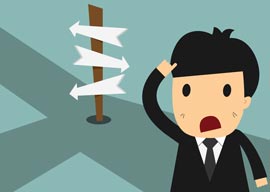 It was a bad night for Boris. Emmy award-winning composer Boris Zelkin (also known as the conservative pundit “Lenin’s Barber”) and I had just engaged in a valiant online battle against GOP feeblemindedness, and we”d lost. It was August 2012, and more than a few members of our circle of right-leaning artists were bending over backwards to prove that Senate candidate Todd Akin was correct when he claimed that women can”t get pregnant from rape. Chief among Akin’s defenders was Chris Loesch, husband, producer, and general “man at hand” to conservative superstar Dana Loesch. Chris, who ran a group called S.C.A.R.S. (“Secret Conservative Artists Rant Society”), knew damn well that rape can”t cause pregnancy, and he wasn”t about to let something insignificant like the massive weight of all accumulated human knowledge get in his way.

After several hours of trying to argue medical science to Chris and his supporters, Boris couldn”t deal with it anymore, and he messaged me privately to express his amazement at the level of ignorance we”d encountered. I shared his frustration, but it didn”t affect me quite as strongly. I expect ideologues to be disassociated from reality, and I”m only surprised when I come across a few who are not. Yet as hardened and cynical as I like to think I am, I became the Boris last week as I watched conservative after conservative”including many who are demonstrably not anencephalic”champion Kentucky clerk Kim Davis (the woman who refused to issue marriage licenses to the legion of Judy Garland fans now eligible to receive them). Just as with Akin three years ago, way too many conservatives are trying to defend the indefensible. Every single argument made by the pro-Davis crowd is false. Every claim is dead wrong:

The Supreme Court don”t make laws, it only issues opinions! Yes, and its opinions are legally binding. Its opinions can affirm or strike down laws.

“The problem is not that the GOP base is filled with gun-toting survivalists; it’s that it’s filled with people who obsess on that fantasy, and who get lost in it the moment the system doesn”t favor them.”

There ain”t no right to gay marriage in the Constitution! Neither is there anything about corporations having the right to spend unlimited amounts of money during elections, but I seem to recall conservatives cheering Citizens United. Sometimes the court, as it did in Citizens, expands a bedrock right (in that instance, freedom of speech).

These judges is our unelected rulers! We got no way to stop “em! Wrong again, Lenny from Of Mice and Men. Any SCOTUS decision can be overturned via the constitutional amendment process.

Kim Davis was just following the law! The gay-marriage ban is still on the books in Kentucky! The Kentucky law is null and void, as were all antimiscegenation laws after Loving v. Virginia in 1967, even though some stayed on the books until the late 1990s.

Some black lesbo judge refused to perform weddings a few years ago to protest gay marriage being illegal, and she didn”t get carted off to jail! Judges are not required to officiate weddings; it’s purely discretionary.

What about that homo-lover Gavin Newsom handing out gay-marriage certificates when it was against the law? And he stopped the minute a court ordered him to. He was not in violation of a direct court order as Davis was.

With not a legal leg upon which to stand, many Davis supporters took the next (il)logical step, which is “Screw the “law”! I have no law above me but God’s law!” In other words, “To hell with your petty legalisms and Vulcan logic. I am above your laws; I answer only to God.” It’s a cool way to evade making a solid case on facts, but it’s also a key to understanding why Republicans are so often politically outclassed by Democrats. Several weeks ago, I wrote about how the Democratic Party deftly handles the “revolutionary” and antiestablishment elements within its base. Leftist revolutionaries (these days personified by black “fuck the pig system” separatists) pose a relatively minor threat, because these revolutionaries are still statists. They worship the state, and their idea of “revolution” is not anarchy but trading out one authoritarian state for another.

So in the end, they usually end up (sometimes grudgingly) working within the system, and, as such, they remain useful to the party. But the GOP has a more difficult situation on its hands. Its base is filled with people who are just one Breitbart clickbait headline away from declaring, “Your man-made laws do not apply to me! I”m going prepper, I”m going Randy Weaver, I”m declaring my rec room the Independent Republic of Freelibertyville.” Mind you, these all-talk dolts never actually do it. I used to deal with their threats all the time while running my Republican Party Animals organization, and my standard response to anyone who threatened to “go Galt” was “Go, Galt.” As in, do it, leave, scat, skedaddle.

The problem is not that the GOP base is filled with gun-toting survivalists; it’s that it’s filled with people who obsess on that fantasy, and who get lost in it the moment the system doesn”t favor them. Hence, the Republican disadvantage. The Democrat base is filled with people who love the idea of the state. They are willing and able to work within the system to reach their goals. Unfortunately for the GOP, a good portion of its base responds to disappointment by indulging in dreams of “going Weaver” rather than working within the system to bring about change. This is nothing new. Sixteen years ago, Joe Sobran suggested secession as a response to Roe v. Wade. The fantasy of secession was more comforting to him and his readers than the notion of having to do the real work necessary to pass a “Human Life Amendment” to lawfully overturn Roe.