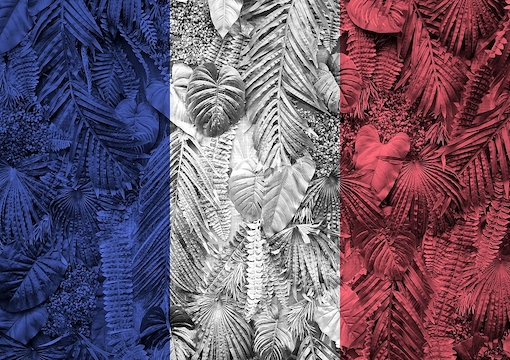 The military threat of China in the Pacific has created a new alliance that has completely altered relations between old allies and highlights how greatly things have changed in Europe. Fairly recently Australia agreed to purchase several French-made diesel-fueled submarines for its navy. It was a simple transaction worth perhaps $90 billion. The money is important (it always is), but there was far more at stake. National pride is part of this story, as are historical grudges going back to the Middle Ages. In a lightning move, the Biden administration on Wednesday announced the creation of AUKUS, a defense treaty between Britain, Australia, and the United States, the first act of which would be the scrapping of the French submarine order and the building of eight nuclear-powered submarines using British and American technology.

The French government was completely blindsided by this, as it was by the American decision to leave Afghanistan and evacuate Kabul last month. There was no consultation, no advance warning. French political commentators have subsequently railed against the “Anglo-Saxons,” conjuring images of long boats filled with raiders wearing horn-adorned helmets descending on unsuspecting, peaceful villagers to pillage the “patrimonie.” The sense of a centuries-old and ongoing conspiracy by the English-speaking world against the Francophonie was immediate. It must have reminded many French people of President de Gaulle’s warning to beware of “perfidious Albion.” The foreign minister Jean Yves Le Drian at a news conference, commenting on the Australian decision, said, “It’s a stab in the back,” adding that he was personally “angry and bitter.” He added, “It is not the way to treat an ally.” This is highly undiplomatic language and shows the depth of injury felt in Paris.

“It seems that no matter how hard the French try, they’re always a day late and a centime short.”

There was also the sudden realization that the United Kingdom has really left the European Union by its adoption of a vigorous military posture. Coming, as it does, so soon after the Afghanistan debacle, it will only increase French insistence on a purely European foreign and defense policy distinct from American and British influence. It is an open question if it will succeed, but the effort to achieve such a goal will certainly be redoubled.

The French had hoped to be a leading power in the Indo-Pacific theater and had good reason to believe it was possible. Britain had not been a military factor in that part of the world for four decades and the United States was preoccupied with the Middle East. Starting in the early part of the new century France launched a charm offensive in Oceania with goodwill missions and dialogues, hoping to establish a meaningful presence through business investments and military agreements. It was aided by the fact that it still rules a huge part of the Pacific; the Tubuai Islands, Marquesas Islands, and Society Islands, which include Tahiti. Together, with some others, they form French Polynesia. Wallis Island, the Loyalty Islands, and New Caledonia also fly the tricolor. In addition, there are important naval bases, satellite stations, and 2 million French citizens protected by thousands of soldiers and marines. With all these conditions in place it appeared that French plans to be the preeminent European power in the Pacific could be realized.

But the old familial ties between Britain and Australia prevailed together with an American sense that those two countries would actually employ new weapons systems in times of crisis. A recent visit by Royal Navy warships to the South China Sea and the Pacific including the new aircraft carrier HMS Queen Elizabeth, capable of launching 65 F-35B fighter jets, made an impression on Pentagon decision makers. And added to this was Ursula von der Leyen, President of the European Commission, who, in her “State of the European Union” address—presented the same day as the AUKUS announcement—said that “you can have the most advanced forces in the world but if you are never prepared to use them of what use are they? What has held us back until now…is the lack of political will.” France is still part of the European Union. Australia took note of all these factors and chose accordingly. The Prime Minister of Great Britain, Boris Johnson, while addressing Parliament explained the genesis of the new treaty by saying that it was the result of “the close relationship that we have with the United States and with Australia, the shared values that we have and the sheer level of trust.” That should state the case clearly enough.

So, in one day, years of French lobbying and cajoling were undone. One can only sympathize with the convergence of poor diplomatic intelligence and bad luck.

It seems that no matter how hard the French try, they’re always a day late and a centime short. They used to be the greatest practitioners of international diplomacy, but to be caught off guard like this is truly a national embarrassment, which by no means excuses American conduct in the matter. Obviously, the current American administration didn’t consider French political and military objectives to be of sufficient importance to inform “our oldest ally” of this major shift in strategic planning.

And as for President Biden, who said his term in office would rebuild our international alliances, this is either a master stroke of deception or an arrogant dismissal of an old friend. Either way, it is breathtaking.

France always reminds the United States of the historical bonds uniting the two countries, how it aided the cause of American independence and thus guaranteed the creation of the new republic. But apparently, to many American politicians, that was long ago, and the debt was paid in two world wars. They believe that new threats require innovative responses and AUKUS is one of them. Unfortunately, in this case, French prestige is regarded as collateral damage.

Perhaps the French have forgotten the old dictum “There are no permanent enemies, no permanent friends, only permanent interests.” Sadly, they should have remembered.