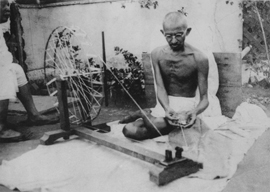 I subject every new, hotly touted study to the Grandma Says test.

That is, if you stick the phrase “Grandma says” in front of the study’s headline-making finding, and said finding fits, then it’s legit.

Can you imagine your grandma saying, for instance, “Children raised by gay men grow up to be smarter and healthier”? Please.

And all of which were hilariously pointless, as anyone on the right could have told these researchers in the first place. Except, according to their very own finding”

“the researchers might not have listened to us anyway…

Actually, these scholars didn”t even have to go that far. A small but solid chunk of decidedly liberal art”such as Hair‘s “Easy to Be Hard,” Guess Who’s Coming to Dinner, the “Summer of Love” creeps immortalized in Joan Didion’s Slouching Towards Bethlehem, and more recently (depending on whom you talk to) Get Out“has already acknowledged the left’s “do as I say” duplicity.

“We only children are shitty friends and relatives, but we”ve gotten a hell of a lot done, too.”

Now, I”m reluctantly resigned to widespread right-wing bumpkinry, but you”d think the other side would possess a rudimentary knowledge of their own creative output, and balk at using Science (or something like it) to redundantly replicate the “findings” of Art (let alone Life). Aren”t they supposed to be (see above) the “smart” ones?

So, yes, studies show that most studies are crap. My crankish theory about the true origin and purpose of all these goddamn studies is, frankly, no more or less plausible than all their more dubious “findings.”

Hey, did you know that “being an only child DOES make you selfish“? A few people emailedl me that one, with subject lines like “tee-hee.” Those people know me very well. But if all you knew about me was that I was raised as the only child of two only children, your split-second appraisal of me would, I assure you, be quite accurate.

When you”re told Frank Sinatra was an only child, don”t you go, “Ahhhhh!”? How about Jean-Paul “Hell is other people” Sartre? Charles Lindbergh? Lance Armstrong? Gandhi? Rudy Giuliani, Lillian Hellman, and Enoch Powell? Only children, all. Surely you aren”t shocked.

But no, “research” was still supposedly needed, although in this case, the science is hard-ish rather than the soft, “social” variety. Hell, they used an MRI and everything:

Only children have different brains which make them both more creative and less agreeable.

They have extra grey matter in the supramarginal gyrus, part of the brain thought to help only children come up with new ideas and think out of the box.

Now, some who read past the first paragraph or two will object that the study’s authors are “with Southwest University in Chongqing, China,” whatever that is; and the Chinese had that whole demographically disastrous “one child” policy, so their motives here might be murky; plus a Chinese “MRI” is probably just a cardboard box with a 40-watt bulb stuck inside it; and also the Chinese eat dogs and probably worms.

These are all legitimate concerns.