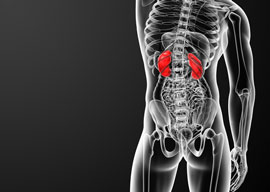 As Marx famously noted, “History repeats itself, first as tragedy, second as farce.”

But before said “history” gets to repeat itself, it has to be born. And when “tragedy” and “farce” mate for that purpose, they often switch positions.

Have you noticed that modern life imitates not “art” or even “Kafka” so much as “Monty Python”? How often yesterday’s absurd throwaway comedy sketch becomes today’s “enlightened” social policy, typically a fatal collision of good intentions and unexpected consequences?

In a scene from the troupe’s 1983 movie The Meaning of Life, two briskly efficient louts in white coats confront a vaguely Rastafarian-looking fellow at his home and demand his liver. After all, he’d signed an organ donor card, had he not?

“It says, ‘In the event of death!’” the dreadlocked gentleman objects.

“No one who’s ever had their liver taken out by us has survived,” the lead lout assures him.

Mrs. Rasta wanders into the sitting room while the “operation” is in progress. Her soon-to-be-late husband, she complains with much eye-rolling, was always doing silly things such as signing organ donor cards and giving blood.

“They all go to saving lives, madam,” the lesser lout assures her in a tone that indicates he’s uttered the same phrase thousands of times.

In real life, we’re similarly informed that this or that suddenly urgent and slightly ridiculous overturning of ancient common law conventions is necessary “for the good of the country” or “saving lives.”

Enter Harold Winter. A professor at Ohio University’s Department of Economics, he’s hit upon a solution to the US kidney shortage. Almost 5,000 people died waiting for kidney transplants last year, he claims, and 3,000 new patients are added to the long list of hopeful transplant recipients each month.

“To make up for the excess demand,” Winter writes, “what if kidneys were made part of eminent domain? What if, when we died, our bodies became property of the state, allowing the government to take ownership of our organs for public use?”

Winter tosses around phrases such as “market solutions” and “supply and demand” in a transparently cynical attempt to head fusty (and presumably uncaring) conservative critics off at the ideological pass. The professor himself, of course, wears his conspicuous “compassion” like a colored ribbon. He notes with concern troll resignation that markets “don’t always work well,” so obviously the government should barge in to “fix” yet another alleged national tragedy”one that, as usual, actually affects only a microscopic percentage of the country’s 300-million-plus citizens.

“Because people have two kidneys but need only one to live, we all have a spare,” Winter fairly chirps before reassuring us that “kidneys would not be taken simply at the whim of the medical profession but for the sole purpose of saving lives.”