Out of Step With the World 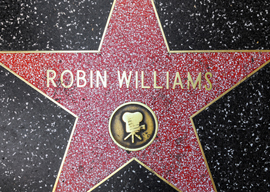 We all, I suppose, live in a tiny world of our own construction, whose size and character depends upon what interests us. I realized the other day just how peculiar my own little world is, statistically speaking, when I saw on the front page of my newspaper that Robin Williams had died by his own hand. Never having heard of Robin Williams, and not recognizing him from the photograph either, I wondered why anyone should be interested in this event. It was only subsequently that I learned that Robin Williams was, in fact, world famous. Clearly I am out of step with the world.

The death of Simon Leys was reported in the same newspaper. Now here was someone with whose name I had been familiar for more than 30 years. He was the first sinologue to denounce the barbarism of the Great Cultural Revolution, and he did so in prose of the greatest brilliance, so witty that it made you laugh out loud although its subject matter was grim. This was not all there was to Simon Leys, however; besides being a scholar of immense erudition, he was also a great literary critic, essayist, and moralist. He wrote two very good novellas. I don”t think we should construct league tables of writers, but Leys was for me at the top of the first division. Yet he was much less well-known (except to me) than was Robin Williams.

“Fortunately, my friend’s brother-in-law soon transferred his allegiance to another danger, and gave up on the steel helmet and aluminum foil.”

In the edition of the newspaper that brought me news of the two deaths there was another article that interested me greatly: the establishment in Switzerland of a residence for those who want, or rather feel that they need, to be protected from the rays and chemicals with which modern life plies us continually. They claim to be sensitive or allergic to almost everything, and attribute to rays and chemicals their constant tiredness, inability to concentrate, continual twinges in their body (which they monitor just as continually), and general feelings of wretchedness. The establishment for their protection, though by no means cheap, sounds far from attractive, albeit removed from pylons, aerials, factories, chemical plants, electricity generators, and so forth, and is surrounded by pesticide- and fungicide-free gardens. The floors and ceilings are of raw concrete, specially selected for its freedom from harmful ingredients. Life for the residents has hitherto been a constant search for the things that make them ill and the means by which to avoid them. They have found their Nirvana and it costs a lot.

I have met such people. The brother-in-law of a friend of mine, for example, has phases of health phobias, and one day turned up for dinner wearing a steel helmet to protect his cranium from the electromagnetic rays that he believed were leaking from all the electric sockets in my friend’s house, which he went round stuffing with aluminum foil (he regarded my friend as negligent for not having protected his children in this manner). The dangers of leaking electricity have long been suspected. James Thurber has some quite funny pages about an aunt of his who believed that electricity was leaking all over the house. Fortunately, my friend’s brother-in-law soon transferred his allegiance to another danger, and gave up on the steel helmet and aluminum foil. Perhaps unusually, age has reduced his crankiness; most of us grow crankier.

My own view of these people is that they have examined life and found it wanting; they want an excuse for retiring from life and search for a single and simple explanation for their dissatisfactions in the way that people once sought a panacea for all ills, with which quack doctors happily, and lucratively, supplied them.

Let me add that I sympathize deeply with anyone who wants to retire from life. Perhaps my ignorance of Robin Williams indicates that I have already done so to an extent, for I have successfully avoided the supposedly unavoidable. When I told people who were by no means interested themselves in celebrity culture that I had not heard of Robin Williams they reacted as if I were a member of one of the last few un-contacted tribes in the Amazonian jungle, that is to say with amazement and incredulity.