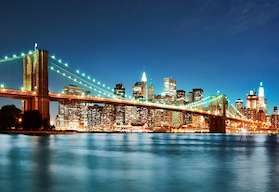 NEW YORK—An old-fashioned party is a gathering of friends invited by the host or hostess, who foots the bill. Old-fashioned parties are very rare in New York nowadays; actually, they are nonexistent, having been replaced by the charity shindig, where the guests pay, the host or hostess profits, the gossip columns get to write about it, and the charity sometimes even gets to see some of the moola the climbers paid to get in.

Last week I went to an old-fashioned party given by Prince Pavlos of Greece and his princess, M.C. The occasion was the princess’ sister’s birthday, Pia Getty. I ran into a lot of old friends I hadn’t seen in years, and sat at a table with four ladies, some of whom I had pursued when my hair was still salt-and-pepper. Needless to say, we talked only about politics, the upcoming election, and the jihad against Trump by The New York Times and the media. I was pleasantly surprised to hear some of the opinions of people I knew to be either center or center-left when it came to the media. As one of the ladies said, “No criminal or foreign leader has been called such names as Trump has by the Times—I feel outraged and very angry.”

Well, The New York Times doesn’t give a damn if it polarizes the nation, as long as it can cripple the Trump agenda, and a recent poll showed that 64 percent of the country believes the media is dividing the nation. The vitriol against the Republicans has been relentless, and woe to those who dare to contradict the talking heads on the idiot box. I’ll give you a brief example: One 6ix9ine, a Hispanic rapper whose real name I think is Hernandez, posted a vile video that he financed of a 13-year-old girl performing oral sex. The tattoo-faced rapper escaped jail with a plea bargain because of his notoriety as a black rapper. No talking head or newspaper expressed outrage. But no actor would survive in Hollywood, especially if he or she were white, if they expressed pro-Trump views.

“The democratic result of 2016 has to be reversed, is the message.”

The left in America has managed to change the racial character of the U.S., something I don’t believe has taken place anywhere else on earth. An unprecedented government-sponsored campaign flooded the country with immigrants throughout the late ’60s and ’70s. It continues to this day despite Trump’s efforts to halt it, his stance being called racist. The media, the think tanks, the political machines, and the universities cry the R-word the moment anyone says enough is enough.

America is 13.5 percent black, more than 20 percent Hispanic. Whites are just a tiny bit over 50 percent, with the rest being mostly Asian. Fifty years ago whites were close to if not over 80 percent. Wholly incommensurate with reality is the idea that America is a racist place that needs more diversity. Media people who mostly live in well-guarded all-white buildings are ready to cry racist at the drop of any word or suggestion that might possibly be construed as such. A physically repulsive columnist by the name of Paul Krugman has gone so far as to write that good people cannot be Republicans. Krugman was the first to predict that the stock market would collapse the week Trump was inaugurated. He has also written that Trump’s team has insinuated that the caravan of refugees from Honduras approaching the border has Jewish financiers behind it. He ignores the fact that Trump is as close to the Jewish community and Israel as it’s possible to be without formally joining Mossad. “Is it safe to be Jewish in New York?” screamed a Times headline after the Pittsburgh massacre, ignoring the fact that 99 percent of attacks against synagogues or Jewish people have been perpetrated by either Muslims or African-Americans.

It is now two years, and journalists and pundits have shown they are not interested in finding the truth or investigating criminality, but only in destroying Trump. Night after night on television, hysterical women and irrational men call for civil unrest against the Trump machine. The democratic result of 2016 has to be reversed, is the message. And yet Trump has succeeded until now: The Islamic State is on the run, the economy is booming, unemployment is at an all-time low, new and better deals have been signed with Mexico, Canada, and South Korea, even the little rocket man has calmed down and is playing nice. Which brings me to another figure of hate, Jair Bolsonaro, the newly elected president of Brazil.

Bolsonaro has said some amazing things against minorities, but like Trump he was fairly elected because people are sick and tired of, for example, being forced to accept the alternative lifestyle of some elites as mainstream. Editorials in The New York Times stating that “sex is not binary” may please those who believe in human variety, or who study Vogue magazine, but most people think that they are born either male or female. The tribal instincts of man cannot be suppressed by a bunch of elites who wouldn’t recognize a working stiff if they bumped into him on the way to the club. White Christians in America do feel under siege, and all they have to do to confirm their fears is open a newspaper or look at the TV. Imposing equality is a fine and just idea in a democracy, but not by making the majority into an endangered species. The media in America has become like the E.U.: an enemy of the people, unelected and answering to no one.