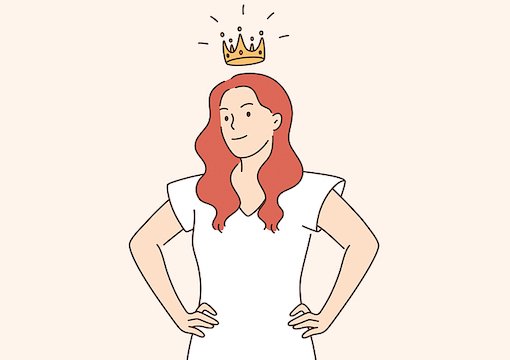 GSTAAD—Dinner parties are no longer verboten here, so I posed a question to some youngsters my son had over: Did any of them feel morally entitled to their privilege? The problem with discussing privilege is it turns in circles, original thoughts get lost, and what emerges says more about those conversing than the subject at hand. Ditto when I posed the question. There were no straightforward answers.

Let’s face it: Privilege is so enjoyable the beneficiaries are mostly seen as undeserving, spoiled lightweights. By the underprivileged, that is. Envy has always been around, as has the urge to take away the wealth from those not seen as having earned it. After the defeat of communism, socialism has become the goal, and a war is being waged against the affluent led by the American mainstream media and academia. In this, hacks and academics are aided and abetted by Silicon Valley freaks who pose as humanity’s saviors, not among those reaping the benefits of economic inequality.

“The left screams to high heaven that the game is bent on the side of the few. Serious people know otherwise.”

My son’s friends did not surprise with their answers. They were all in their late 30s, well-off, educated, and girl-crazy. And they kept it very light: “Privilege means an immense pressure to be incredibly charming and funny. I don’t think the strain is sufficiently recognized,” said one charming Italian. A Frenchman decided that privilege is literally being above the law. A Monaco resident said that “an American once told me he’d be able to perform wonders with my name,” and that was the last time he spoke to Jeffrey Epstein. The one I liked the most came from an Italian, a noble one at that, Raimondo Gaetani, nephew of a great friend of mine no longer with us: “The bottom line is no one does anything worthwhile with their privilege.” The dinner deteriorated as we all got pissed and one youngster proclaimed to “this privileged group that if someone has slept rough for the last six months, he is a bum.” The one that intrigued me was when I rang the Austrian Countess Saint Julien-Wallsee, who happens to be my daughter: “I have two screaming children and a large freezing house and no time for your mind games.”

Okay, enough already, as they say in the Bagel. Personally I don’t care to comment on privilege because I see it as the luck of the draw. Just as some are born ugly and others beautiful, some weak and others strong, some smart and some dumb, Lady Luck is to blame. But is there luck involved as to who among us reaps the benefits of our economic system? The left screams to high heaven that the game is bent on the side of the few. Serious people know otherwise. Enterprise and hard work will almost always win, even under communism or African dictatorships. The trouble is that envious lefties depict enterprise and success as privilege, and when was the last time you saw a movie where the rich character was a goodie?

Never mind. It gets better. Those who are lucky enough to inherit must be listed as the baddies. At least according to a hack writing in the Bagel and slotting them under the “ostentatious bad rich,” as opposed to the “good rich” who earned their moola. From experience I can state that ostentation is a nouveau riche symptom, not the other way round. Economic disparity exists everywhere, nowhere more than in China, Russia, and the United States. Which brings me to the point I’m trying to make.

In the January issue of the best monthly in America, The Spectator World, Freddy Gray and Dominic Green have come up with a real winner. An article by Joel Kotkin signaling the end of democracy really hit home. Unlike the ludicrous Bagel Times that lures readers via envy—by pointing out a fabricated sense of victimhood of the not-so-rich—Kotkin points out how a very few multibillionaires (down to 26 from around 400) own half of the world’s assets. The writer calls it the end of democracy, and I agree. The digital economy is 90 percent controlled by a few overlords and “curates” the news. Small businesses are disappearing, including half of black-owned enterprises. According to the writer, climate-change policies will nurture the new autocracy with huge opportunities for mega-billionaires like Elon Musk and the three witches, Dorsey, Bezos, and Zuckerberg.

The new policy of “degrowth” will hit the poor and enrich the already mega-rich. Surveillance technology to keep us on the up-and-up will make us Westerners be more like our Chinese cousins in no time. Big Brother is here and he’s staying. While fools like the Bagel Times and the networks are forever chasing nonexistent racists, our digital elites are anointing themselves as our masters, deciding what news we are allowed to read and hear while they cement their power. The green economy that is being shoved down our throats does not have the technology to sustain it. But the Silicon Valley oligarchs are fixing the news in order to achieve their top-down progress.

Although I am what the French call “parti pris,” I think this is the most important article on what is really going on that I’ve read since the Rolling Stones still had their own teeth. The freaks are pulling a number on us while we sit around discussing privilege. We can continue the talk once we’re all resting in the concentration camps the freaks will install us in one day soon.