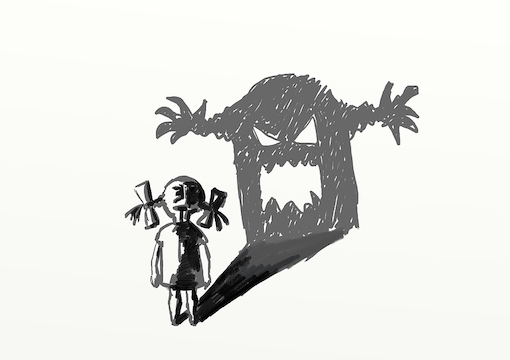 Sometimes I think that the world has gone mad, but then I remember that, perhaps, it has always been going mad. Did not Thomas Middleton title his play It’s a Mad World, My Masters more than four centuries ago? Then I reflect that this time, however, it’s true, the world really has gone mad.

Friends of mine send me news items that prove it. Of course, I don’t know how representative these items are of life at large—personally, I live in a little bubble of sanity. But I am prepared to believe that outside my bubble all is worse than mere neurosis; it is outright psychosis.

I received two items from friends today that prove that the world has gone completely mad. The first was about an emeritus professor of medicine called Stanley Goldfarb at the University of Pennsylvania. Professor Goldfarb has questioned whether the fact that hospital residents of certain ethnic groups received worse assessments than others for their work as residents can be attributable only to the racism of the assessors. He was immediately denounced, including by former colleagues whom he had thought of as friends, but the real madness of all this was that the dean of the medical faculty immediately offered “mental-health counseling” to those young doctors who may have been traumatized by reading the emeritus professor’s publicly expressed question.

“I received two items from friends today that prove that the world has gone completely mad.”

This suggests that everything that one reads that is potentially disobliging to oneself counts as a trauma, and that for every trauma there is an equal and opposite way of overcoming it, namely “mental-health counseling,” or some such technique known only to the professionals.

Do you want to be treated by a doctor who is himself so “traumatized” by something as trivial as this that he needs “help” to overcome it?

At the risk of appearing slightly egotistical, let me relate a trauma of my own. I had published a little book arguing that, contrary to the present pusillanimous orthodoxy, drug addiction, particularly that to heroin, is not an illness but a defect of will, no doubt encouraged by our culture and the bureaucracy that needs addicts more than addicts need it. I did not expect everyone to agree with me and accept that more than one view is possible; but when The Lancet, one of the principal medical journals in the world, published a review in which the reviewer claimed that not only was my book wrong but badly written, I was traumatized.

I didn’t mind being wrong, of course; anyone can be wrong. But in fact I rather prided myself on the style of my prose in the book, which I thought was both effective and witty. It was a terrible blow to the self-esteem to which I am entitled by virtue of being a human being and drawing breath.

The question naturally arose in my mind, as it would in that of any normal decent citizen in these circumstances, as to whom I could sue. Alas, the courts, psychologically still so primitive and retrograde at the time, would probably have ruled that this outrageous slur on my writing was what might be called “fair comment.” As it was, I was so traumatized by the review that I could not put pen to paper, or finger to keyboard, for at least a half hour after reading it.

I should point out also that the reviewer willfully and dishonestly misrepresented what I wrote. It threatened his livelihood, if taken au sérieux by those with purse strings.

The second example of the world’s madness that was sent to me today was a report that the BBC had refused to use the word he or him in its report of a case in which a transsexual man—I use the word to mean a man who is trying by various means to change into a woman—raped a woman. Instead, the rapist was referred to, somewhat ungrammatically, as they or them. Apparently, the matter was one of intense debate within the BBC, whose staff apparently have nothing more urgent to do.

The victim of the rape, a lesbian, said that “He [the rapist] threatened to out me as a terf [a trans-exclusionary radical feminist, for those not au courant with the latest correct terminology] and risk my job if I refused to sleep with him. I was too young to argue and had been brainwashed by queer theory so he was a woman even if every fibre of my being was screaming throughout, so I agreed to go home with him. He used physical force when I changed my mind upon seeing his penis and [he] raped me.”

I confess that when I received my friend’s message, I wondered whether it was not fake news. After all, thanks to technical advance, almost anything can be made to appear real or the opposite of what it really is, or indeed anything in between. I no longer feel confident in distinguishing the real from the virtual, but in this case it seems that all is true, the BBC really did refuse to use the words he and him with regard to the rapist, or alleged rapist, who “identified” as a woman.

I recently saw that a Japanese man had spent a vast amount of his money on a collie dog costume that was really very good of its type. He wanted, apparently, to find out what it was like to be a dog, and so he now walks around in his costume on four limbs, though I have to admit that he has some way to go before anyone would take him for an actual collie, at least one that is less than 53 years old. But, as we know, if you play at being something long enough, what you play at becomes what you are (for example, Boris Johnson playing the buffoon), so that one day the Japanese man may claim actually to be a collie.

It’s a mad world, my masters. I wouldn’t mind it so much were it not so boring to have to argue against evident absurdity. If one does not do so, however, the absurdity becomes unchallengeable orthodoxy in no time at all.