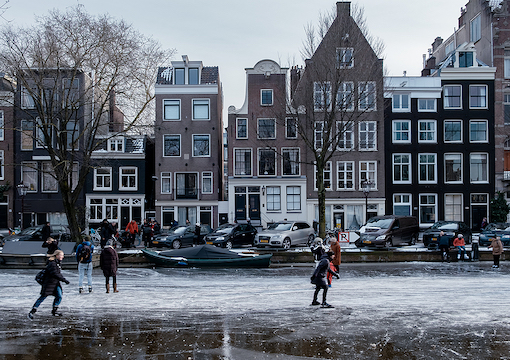 When the restaurants in our little town reopened after several months of forced closure, I thought there would be a mad rush to get into them. Nothing of the sort—and so much for my powers of prediction (which I have noticed before are not very great). The restaurants were almost empty.

Of course, there were still some regulations in force, for example that there should be no more than six persons at a table from not more than two households. This made dining a delight, for in Britain there is usually, or at any rate very often, a screaming or cackling hen party of drunken women in a restaurant who destroy the pleasure of the place. People in restaurants are better behaved in America, though I have often come across restaurants there in which there is one woman with a particularly penetrating voice—not loud, penetrating—who disturbs one’s piece of mind and renders one unable to think. Is she, I wonder, employed by the restaurant to prevent the customers from lingering too long after they have finished eating?

I hope the regulations last a little longer so that the drunken cacklers and screamers do not return. Let them cackle and scream in the privacy of their own homes.

“Perhaps the greatest advantage of lockdowns and travel restrictions is the end, or at least the temporary interruption, of mass tourism.”

My pleasant experience in the restaurant after the end of the great confinement caused me to turn my mind to the other benefits of lockdown. They were mostly aesthetic in nature, of course, and I do not in the least deny the hardship or suffering that the lockdowns caused (one has to put such riders in these days, because no one can be trusted to take things as read or as so obvious that they are not worth saying).

Everyone has noticed that birds and other creatures have returned to towns and cities, and while I am not a nature mystic—a recent plague of mice in New South Wales is said to presage an overgrowth of the deadly eastern brown snake, which I cannot altogether think of as an unmixed blessing—I do like to see and hear more birds, though I also wish that they wouldn’t defecate quite so much on the roof of my car. But I suppose that you have to take the rough with the smooth.

Perhaps the greatest advantage of lockdowns and travel restrictions is the end, or at least the temporary interruption, of mass tourism. I happened to go to Amsterdam during the height of the travel restrictions—absurdly, my presence in the city was deemed to be of sufficient importance that I was allowed to travel there—and I could not help but notice how much more beautiful the city was without the hordes of modern barbarians (including, of course, or perhaps especially, my own dear countrymen) who normally infest it. The poor prostitutes of the city must have suffered a catastrophic loss of business, but I daresay the government compensated them for it.

I read also the other day that Japanese doctors have called not for the postponement of the Olympic Games, but for their cancellation altogether. If this were to come to pass, and if as a result people were to realize that the Olympic Games were not only unnecessary but pernicious, at least something worthwhile and constructive would have come of this horrible pandemic. Never again would a city or a country be called upon to erect grandiose stadiums and other facilities for which idiotic use would have to be found afterward, all at the cost of public indebtedness.

We have also discovered through lockdowns how much of our activity is unnecessary. There was a similar discovery during the three-day week that was imposed during the coal miners’ strike in the 1970s in Britain. Production should have declined by 40 percent (two days lost out of five), but instead declined by only 20 percent, which suggested that 20 percent of people’s time spent at work was completely unproductive.

If they weren’t producing anything, what were they doing? Socializing? If so, it probably wasn’t in a pleasant way. If my experience is anything to go by, they were probably having meetings. I once met an American orthopedic surgeon who had devised a very important formula. Output, he said, may be calculated as being one divided by the number of meetings. Halve the number of meetings and you double the output. Unfortunately, for many people in large organizations, meetings are the output, for without them they would be redundant.

The need for so much commuting has also come into question during the lockdowns. One of the greatest blessings of my life has been that I have always been able to walk to work. If any words were necessary to be inscribed on my tomb after my death to illustrate my good fortune here below, they would be “He never had to commute.”

Occasionally, of course, I have been caught up in commuter traffic jams, in several different countries in the world. I have not tried to calculate the billions—I suppose these days I ought to say trillions in order to catch anyone’s attention—of hours spent, that is to say wasted, by people driving to and from work. It is rarely that you see a happy commuter in a traffic jam (just as it is rarely that you see a happy jogger in a park, but they say that jogging, like whipping, is nice when it stops). To me commuters in traffic jams look angry, frustrated, anxious, explosive, ready to kill. If the pandemic reduces the need to commute by even ten percent, some good at least would have come of it.

Recently I read a book by the editor of The Lancet, one of the world’s most important medical journals, about the pandemic. He was struck by the chaos it has caused, but I have been struck by the very opposite (other than in India). Whole populations have reacted with remarkable self-discipline; or, if you prefer, with sheepish spinelessness and spiritless cowardice. Be that as it may, so far there has been surprisingly little in the way of social breakdown or public disturbance despite the scale of the disruption. Is that not remarkable?