Papou Was a Rolling Stone 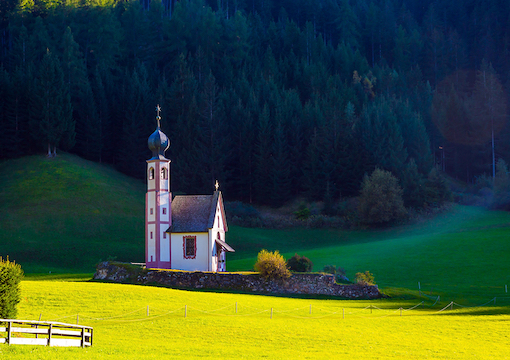 AUSTRIA—I finally understand what’s wrong with the modern world: motorways! These dehumanizing slabs of asphalt lining our continents are Prometheus-like chains luring us to nonstop movement and uniformity. But before you start screaming that you’ve been isolated for months and would give up a night with Jennifer Lawrence to roar down a highway, let me explain:

It all began when Alexandra and I decided to visit my daughter and the new baby in Austria. It was my idea to drive there, the Swiss-German-Austrian borders having opened that very day. When the wife suggested a chauffeur I said no. When the son assured me I’d get lost, I threatened financial repercussions that I can no longer enforce. I then recounted stories of travels past that ended happily.

Back in 1956, the South African tennis player Abe Segal, Bermudan female champ Heather Brewer, and yours truly took off from London for Germany by car. Abe was the driver—he had reached the quarters at Wimbledon that year—while I sat in the back, behind the two lovebirds. Driving around the French countryside back then was like reaching match point. We stopped in quaint, leaf-covered inns that just happened to be on our way. The food was simple but terrific, the wine superior; the innkeepers may have at times been gruff, but some of them had daughters with large breasts. Abe and Heather were wonderful to travel with because they got me out of a couple of jams while crisscrossing France, Germany, and Switzerland. Roads followed the contours of the land and were narrow and tree-lined, dotted with cream-colored houses and surrounding green hills and fields. Traffic was nonexistent, and “auberges,” with auberge owners and their daughters, were everywhere.

“Had I been born before Amerigo Vespucci, the U.S. would now be called Takiland.”

I know, you might think I’m exaggerating, and sixty years on perhaps I’m embellishing a bit. Heather studied the map, Abe did the driving, and I sat dreaming about the tennis victories I would achieve and the girls those wins would attract. I was 19 years old and it was summer. It ended in Baden-Baden in September.

Does this sound like a time-travel fantasy? Well, yes and no. The trip actually ended after Baden-Baden, in Linz, with me playing terrible tennis and acting even worse where another subject is concerned and having to leave rather hastily to cross the ocean and return to university. Never mind, I tell my son, what all this means is that I can find my son-in-law’s house with my eyes closed and driving in reverse. The wife agreed and off we went last week early in the morning of a brilliant day going east and Alexandra doing the heavy lifting of driving. But then a terrible thing appeared: GPS, or something like that, a gadget in her mobile that she attached next to the steering wheel that produced a pretentious, English-accented female voice that started to boss us around. We were going in the direction of Bern and then on to Zurich, Winterthur, Innsbruck, and so on, always east, so I told Alexandra to shut this bitch up and trust my vast experience. Nothing doing.

As we approached Zurich, the voice became almost belligerent. Turn here, turn there, go north, now southeast, and crap like that. We began to go around in circles. I tried to convince the driver that I’m a great navigator, and had I been born before Amerigo Vespucci, the U.S. would now be called Takiland, but to no avail. She followed the social climber’s orders to the letter, so we continued to go round in circles. I instantly recognized what was wrong, but you know how women are, especially nowadays—they doubt men’s opinions at times. Since time immemorial, Swiss motorways are always being resurfaced. I remember well when there were very few motorways in good old Helvetia, and one could cross the country in two hours. Now that the place is one big motorway, it takes that long just to cross Zurich from west to east. Roadwork has turned the annoying English voice on the contraption into forked tongue.

Finally I took the proverbial bull by the horns and turned the bloody machine off. Back in the good old days, I told the wife, we went from point to point and never got lost. St. Gallen, then on to onion-domed Austria, then Innsbruck, Salzburg, and so on. I remember playing veterans’ tennis around thirty years ago and driving toward Vienna with a blazing setting sun making me blind, when the penny dropped: Vienna was east and I was driving my super-duper Porsche like a madman but obviously going the opposite direction. “The sun sets in the west,” I told my doubles partner Niko, “we’re going away from the place.” Duh!

So, instead of a pleasant seven- or eight-hour trip with stops in picturesque Austrian inns, this turned into a twelve-hour marathon with poor Alexandra driving because I can’t see after a certain hour. There are no inns, and definitely no innkeepers’ daughters. Only large impersonal petrol stations manned by—and this was a revelation—extremely nice Slavs who not only pumped petrol into our car but also opened up lavatory facilities without charge that had been closed for months. (Good tipping helps.)

By the time we arrived at my son-in-law’s schloss, even I who had done no driving felt a little zombie-like. But I slept like a top, and woke up to a tiny, tiny baby asleep in her mother’s arms, and a very blond little boy making funny noises that sounded almost like “papou,” the Greek word for “grandfather.”