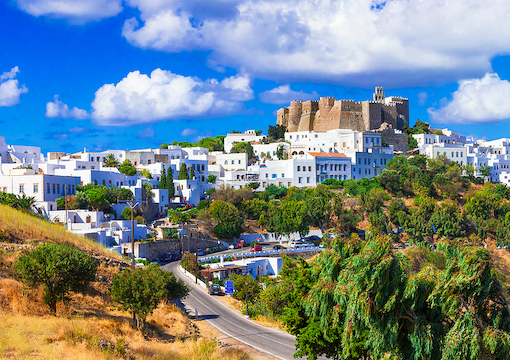 GREECE—Two hundred years ago last March, the Greeks rose up against the hated Turks, who had occupied most of the mainland for 400 years, and with the help of Britain, France, and Russia drove the infidels back where they came from. The war ended with the London Protocol of 1830, which recognized the creation of the independent nation-state called Greece. Hellas, as we call her, became the first independent nation in the Balkans, and the first to break away from the Ottoman Empire. The Society of Friends, which had been founded in 1814 outside Greece and included members of my family, had established the groundwork for the uprising. The seed of the uprising was the American Revolution, followed by the French one. Greece chose to bind herself with free countries, especially Britain, although Germany became the country where Greek elites went to study.

Two hundred years later, the American progenitors of freedom are now viewed by the elite as criminals, their statues brought down, their names besmirched, their sacrifices ridiculed. The British are not far behind in committing historical seppuku, with Soviet-style denunciations being the core of wokeism. Forgetting for a moment the outright falsehoods peddled nowadays by woke creeps, it’s their moral certitude and absence of self-doubt that are so outrageous. Mind you, here in Patmos among my own kind those creeps and their theories become a bad memory, like a severe case of poison ivy from long ago. Although I haven’t exactly conducted a poll, I do not think there is a single Patmian, local or visiting, who believes the modern conception of freedom means men in drag should be reading to children about the joys of being trans.

“Lolling about on the beach gives one plenty of time to think, and swimming in the cleanest and clearest water puts things into perspective.”

Never mind. The great Richard Wagner insisted the people are only free when one man rules, not when many rule. The Ancient Greeks understood that very well, as did the British and later on the Americans. Stalin and Hitler put an end to that, but the essence of rule and freedom is still the same. The mobs that terrify and tear down statues pose as rulers in the name of the “people,” but in reality they are annoying insects in the wind. Who would have imagined when the Berlin Wall and the Iron Curtain came down that thirty years later the American national anthem would be anathema to many natives and booed by crowds in football stadiums? Here in Greece it would take a very foolhardy person to boo the flag. We are 90+ percent white and Christian, and have fought for independence and freedom against all odds throughout. We fight like hell among ourselves, but the nation and its symbols are sacrosanct. My uncle, Nikita Varvitsiotis, was a tall, proud Spartan MP elected with Stalin-like numbers throughout his political career. He was known for standing up in Parliament and in a booming voice accusing left-wingers of being Bulgarians, in other words traitors to the mother country. His daughter, my first cousin Fifi, is a true Spartan, both father and mother, and is my favorite. I loved Nikita because he was a Spartan of old—very brave, patriotic, responsible, and most of all, honorable.

Lolling about on the beach gives one plenty of time to think, and swimming in the cleanest and clearest water puts things into perspective. For example, America used to be the answer but now has become the problem. Her past heroes are seen as villains, public intellectuals are now inferiors to fashion influencers, and moronic blowhards blather about pronouns night and day on television. I sure am glad to be far away from all that jazz. Talking to locals and visitors here might not be as rigorously mind-expanding as a debate in the Oxford Union, but what comes through is that diversity of faith and race leads to irreconcilable, clashing opinions. Basically, being woke means obsessing about race, gender, and sexual orientation—maybe climate change, too. Here in Greece if one raised any of these subjects they’d be confronted with the kind of looks Xerxes’ emissary received from the 300 Spartans when he demanded they lay down their arms.

So I ask you, isn’t it better to live among your own kind, as I am now doing here in Patmos? The other night I gave a party attended by the young and then went on to the Piazza, where I held court until 4 a.m. I think I downed about six triple vodkas, having stuck to wine at dinner. The next day, feeling like death, the whole family went sailing on a friend’s boat. We sailed north by northeast until we came to a bay last inhabited by some Italian soldiers who had jumped ship during the war. The good thing about uninhabitable islands, totally deserted and squeaky-clean, is that there are none of those annoying warnings about swimming, stripping, peeing, kissing, what have you. I thought of the suckers on the Long Island Expressway baking in their cars while inching ever so slowly forward in order to reach the gray Atlantic; then, once there, having to take cover while young Wall Street scions race their dune buggies around and sometimes over prostrate humanity. Lifeguards blow whistles and warn people nonstop not to swim out too far. Shore police check license plates and village permits for parking. Cars are towed from 8 a.m. to nightfall. Swimming off my friend’s beautiful boat, I looked around and almost felt sorry for the suckers back in the Hamptons.