Pardon Me, Gents: Of Quintus Curtius 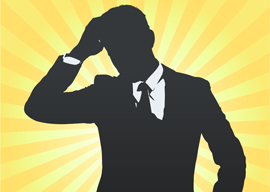 It’s taken me a few weeks to work up the gall to write about the pseudonymous Quintus Curtius” first book. Thirty Seven: Essays on Life, Wisdom, and Masculinity, released this September, is a series of meditations on history and ancient thinkers; it was adapted and expanded from Curtius” work for Return of Kings, a masculinist website.

Being female, I feel a healthy guilt when poking my nose into what’s inelegantly called the “manosphere.”

We ladies have been righteously shoving our way into so many male spaces lately”including ones no sane inmate of a female musculoskeletal system would want to enter in the first place”that it would be disingenuous to expect men to be thrilled to see us anywhere near them. They”re human. They need their space. I don”t want to see them in the women’s locker room, either.

But I”m human, too; I like my Greeks and Romans, and if you choose a pen name like “Quintus Curtius” and wear it around the books section of Amazon, your work will be eye-molested by anyone who finds such things attractive.

“Where much of modern writing begs for your attention by tearing things down, Curtius suggests we work patiently, stone by stone, to rebuild the walls of the polis.”

And it would be a shame for anyone with an interest in medievalism, the classics, or history in general to skip this volume’s varied banquet of delicacies. Among traditionalist men, there may still be some who buy the feminist caricature of manospherians as “pickup artists”: drunks in stupid hats trawling for sluts. But the more talented writers of the milieu have forged beyond the tawdry and tired war between the sexes; Curtius, in the spirit of his namesake, goes further than most.

I didn”t feel comfortably welcomed by these essays”women aren”t meant to. (Luckily, facing discomfort bravely is one of Curtius” moral lessons.) This book is rare among modern publications in that it is explicitly written for men who wish to cultivate the masculine virtues in utter disregard for the advice of their modern sisters, looking instead to the long experience of the dead. As Curtius said on Return of Kings, in a promotional introduction for the book:

A certain worldview has taken hold of our societies, somehow, in the preceding decades, that has had the net result of disenfranchising men and relegating masculinity to remote frozen wastes.

He seeks a vaccine against this trend for the next generation of males, reexamining the advice of wise men”from Islamic mystics, heretics, and early Christians to classical heroes such as Cicero”with a solidly studied assurance, including able Latin translations. Those old or determined enough to have enjoyed an education in the Greek and Latin classics may yawn at the more remedial essays; but when was the last time you heard a new writer argue for virile moderation in sensual pleasures? (“Passion excessively restrained can produce evil just as surely as passion unchecked.”) Remember that the young no longer study these things as a matter of course, which is bad luck, not bad faith”on their part anyway.

The prologue uses a parable set in the present to open the reader’s mind to his predecessors: A young man nearly drowns, bleeds, and freezes to death when he refuses the advice of his elder brother, surviving only by gossamer luck. This sets up the discussion of Stoicism, particularly Cicero’s version thereof, that infuses the first few essays: the best way to improve your chances is to keep your ears open, but you probably won”t, and anyway fate will never be purely based on merit.

The essays are mostly narrative, but each tale is wrapped around a practical moral, rolling pleasure into usefulness with a lot of “charm””a word Curtius likes. Where much of modern writing begs for your attention by tearing things down, Curtius suggests we work patiently, stone by stone, to rebuild the walls of the polis:

As difficult as it is to coax the smoldering embers of civilization into a crackling fire, that same fire can be snuffed out with depressing ease, due to man’s baser instincts bubbling beneath his placid smile.

His tale of the Battle of Lepanto, in which post-Reformation Christian allies in 1571 sorted out their differences for long enough to repel the expansionist Muslim Ottomans, is particularly inspiring and timely.