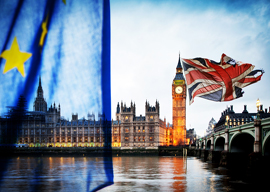 It’s important to restrict the power of government”any government. In Britain this used to be the task of Parliament, especially the House of Commons. Government was the responsibility of the Crown. Exercising what is still known as the royal prerogative, the King conducted foreign policy, negotiated treaties with other powers, commanded the army and navy, made war, appointed judges, and collected the revenues, which Parliament was persuaded to vote. Laws were passed in Parliament (though in the 18th century most were private members” bills) and the Crown chose its ministers from Parliament in order to introduce laws, ensure that the revenue was voted, and control business there. For a long time most of the ministers came from the House of Lords, but from the early 18th century the Crown recognized the need to have a capable minister in the Commons to ensure that there was sufficient support there for its policies. This minister came to be called the prime minister (though his official title was First Lord of the Treasury). Even so, for most of the 18th century and often in the 19th, the prime minister was in the Lords.

Gradually the role of the monarch became limited, his or her powers being whittled away. The Queen still notionally appoints the prime minister, but she no longer has any real choice. Parties elect their own leader, and the prime minister is the leader of the party with a majority in the House of Commons. Even in 2010, when the general election produced what is called a “hung Parliament,” with no party having a Commons majority, the Queen waited till the politicians had come to an agreement on a coalition before inviting David Cameron to become prime minister. Again this summer, when Cameron indicated his intention to resign after losing the referendum on the United Kingdom’s membership in the European Union, she waited till the Conservative Party had found a new leader. In other words, the choice of prime minister was made by the party that had a majority in the Commons.

“Now we have an unelected prime minister acting as if she were indeed a dictator, and able to do so by use of the royal prerogative.”

But if the Crown has now effectively, and more or less completely, withdrawn from government, the royal prerogative has not disappeared. It has merely been transferred to the prime minister of the day. Admittedly in some respects its exercise has recently been restricted. In 2003 Tony Blair sought, and obtained, parliamentary approval of the war in Iraq. This set a precedent that has now been established so that it seems unlikely that the United Kingdom will again engage in a war without the approval and authority of Parliament. The significance of this change will be appreciated if you recall that in both 1914 and 1939 Britain declared war on Germany without any debate in Parliament. The prime minister of the day”Asquith in 1914, Chamberlain in 1939″merely informed us that we were now at war. Chamberlain did so in a radio broadcast.

Yet we have recently been reminded, or in some case learned, that the royal prerogative still rules. Following the EU referendum, Prime Minister Theresa May has made it clear that she alone will decide when to activate Article 50 of the Treaty of Lisbon, the legal step by which the United Kingdom will set in motion its exit from the European Union. Parliament will not be consulted or required to approve this. Mrs. May will do this using the royal prerogative powers. In the 21st century this is remarkable. It is all the more remarkable because Mrs. May is an unelected prime minister, not even formally elected by the Conservative Party because, after Cameron’s resignation, all her rivals faded away or, if you prefer, wimped out.

Of course, she has popular backing. The EU referendum provides that. There was a majority”by 52 percent to 48″for leaving the EU. She is acting, quite properly, on this authority. However, the referendum said nothing, and indeed could not say anything, about the terms of departure, about whether, as the argument now has it, we want a “Hard Brexit” or “Soft Brexit.” There will be a significant difference between the two, and it is clear that the 52 percent of voters who opted to leave are themselves divided as to whether Brexit should be Hard or Soft. The 48 percent who voted to remain in the EU and must now accept the verdict of the majority would, one assumes, all wish for as Soft a Brexit as possible. So it is at the very least arguable that, given that Brexit is now certain, there is a majority in the country in favor of the Soft rather than Hard version. Likewise this option would probably command a majority in both Houses of Parliament. Yet Parliament is, it seems, to be ignored. The form of Brexit we seek will be determined by Mrs. May and her Cabinet colleagues”using the royal prerogative.

The truth is that there are very few checks and balances in Britain’s largely unwritten constitution. Mrs. May has the powers of an 18th-century monarch”say, George III, against whom the American colonists rebelled”so long as she commands the support of her own party in the House of Commons. Within a more limited sphere a British prime minister has greater power and more freedom of action than the President of the USA. He or she can control Parliament more effectively than any American president can control Congress. Some forty years ago the Tory politician Quintin Hogg (Lord Hailsham) wrote a book in which he argued that the United Kingdom was now an elective dictatorship, so great and unchecked had the power of the prime minister become. (He was out of office at the time and rather forgot his argument when he returned to the Cabinet.)

Now we have an unelected prime minister acting as if she were indeed a dictator, and able to do so by use of the royal prerogative. No American president could treat Congress as Mrs. May is apparently ready to treat Parliament.