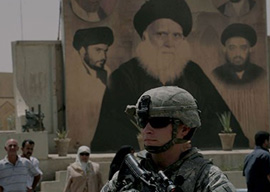 The last time I saw Paul Gottfried was at the Mencken Club bash last November. At one point between lectures I passed him in a hallway having an animated conversation in French with some French visitors. A year or so before that, Paul and I were both speakers at Hans-Hermann Hoppe’s Property and Freedom Society conference in Bodrum, Turkey. Professor Hoppe’s attendees were disproportionately German and Austrian. Paul seemed to be doing most of his offstage conversing in German. A couple of years before that I committed, in an online column, some minor solecism with a technical term from Greek philosophy: Paul emailed in with a correction, including a full account of the etymology and Aristotelian usage of the offending term.

Paul Gottfried is not merely erudite, he is erudite in several languages, living and dead. This is a very brilliant man. More remarkable still, he is a brilliant man who can express his ideas clearly to a general readership. For threefold extraordinariness, Paul is a paleoconservative”which is to say, he’s a foe of the New Universal Faith of egalitarian utopianism.

“Why does this man not have a senior government advisory position?”

This book is an anthology of 25 essays Paul has written over the past forty years. Most of the essays are short”typically four or five pages. The date range given in the title is somewhat misleading: All but the first four essays date from the current century. Three are from Taki’s Magazine, and speaking as a fellow contributor, I count it an honor to be in such distinguished intellectual company.

The range here is wide, the overall tone that same calm despair I noted when reviewing Paul’s 2009 book Encounters. Now withdrawn to professor emeritus status at his college, Paul can be freer in expressing his contempt for the higher-education racket. This is fishing with dynamite, but Paul manages to raise a smile or two, as in his essay on the “semester abroad,” which Paul says “allows the students to receive college credit for transferring their dissipation and idling to a foreign country for six months.”

In the title essay, written for The American Conservative in 2003, Paul reviews R. J. Rummel’s then-recent book promoting the extension of “democracy” as a path to world peace. With an effortless display of historical erudition Paul shreds Rummel’s thesis and exposes the Jacobinism lurking within it. Five years later, in an essay titled “Rogue Notions,” he returned to the theme. That essay concludes with:

There are times when force is necessary to deal with physical threats to one’s country, but it can be carried out without setting ideologues loose on the land. Such meddlers are not particularly helpful in resolving conflict and are more likely to inject into difficult situations an element of moral fanaticism.

Why does this man not have a senior government advisory position?

America’s weakness for missionary crusades is, Paul notes, perfectly bipartisan. Of the Democratic Party he says drily that: “A party that still exalts Wilson, FDR, Kennedy, and Truman as its great presidents is not destined to become a permanent gathering of non-interventionists.” (In his introduction, Paul has told us that “I no longer find a critical difference between the American right and the American left.”)

When he writes about fascism, Paul shows his historical scholarship at its sinewy best. He is so uniformly quotable here as to defy excerption. Try the essay “Don”t Blame Fascism” for a demolition of the neocon conceit that fascism was a leftist deviation; or see Paul toss and gore the silly notion of “Islamofascism.”