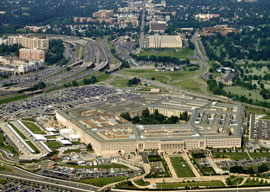 I recently found in The American Conservative a piece called “40 Years of the “Fighter Mafia,”” this mafia being a subset of the “Military Reformers” who have insisted for many years that weaponry used by the Pentagon “doesn”t work” because it is too complex. They additionally were the people who brought you the imaginary $600 toilet seat, the $17 bolt (if memory serves), and the $5,000 coffee pot (or some such amount). I had the dismal duty of covering them in the 80s in Washington. It was an eye-opening display of how easy it is to manipulate a gullible press.

Their song was, and is, that America needed simple, robust, reliable weaponry such as the Soviet Union was said to have, instead of the over-technologized equipment that the US favored. The M1 tank “wouldn”t work,” they said, because sand would destroy its turbine engine, because it would be helpless if its electronics failed, and because the driver’s compartment was so small that only a midget could fit in it. (So help me, they said this.) The F15 fighter was too big, too heavy, too lacking in maneuverability for air-to-air combat, and its use of radar and BVR missiles”Beyond Visual Range”was flatly unworkable. (I hear eyes glazing over, but military guys will be interested.) In particular, the AIM-7 Sparrow radar-guided missile “wouldn”t work.”

The press ate this up. The country was sick of that era’s pointless losing war (that would be Vietnam) and was happy to attack the military. Some of the Reformers were brilliant”Tom Amlie, Pierre Sprey, Bill Lind”and the former two had genuine engineering credentials. All three were glib, personable, and knew they were talking to reporters who had never worn boots and couldn”t name the three parts of a transistor. They gave these gullibles a sense of being in the know, on the inside. And they reduced everything to simplisms that reporters could understand.

That few reporters knew which end of that sort of big long gun-thingy the bullet came out of made them easy marks for Reformers. I knew something about tanks, having gone through armor school in the Marine Corps and served in an AMTRAC battalion in Vietnam. I could talk shop with guys in armor. But how do you explain to a J-school grad why thermal imagers are superior to micro-channel photomultipliers?

The Reformers were, except for Lind, con men. They were also spectacularly wrong, as the Gulf War was to prove. More of this shortly.

Covering them was fascinating if depressing. They said that Soviet armor was “simple and robust.” I went to Aberdeen Proving Ground in Maryland and talked to the enlisted men who worked with captured Soviet tanks. Yes, they said, the Russian tanks were simple, but robust? They broke down constantly and were exhausting to drive because of stiff manual transmissions. The Reformers were against automatic transmissions as too”what?”elaborate, perhaps, and unreliable. (How often does the automatic transmission in your car break down? Several times a day, right?)

They regularly (and, I think, deliberately) confused complex with unreliable. The idea is intuitively plausible that complicated things break, and it is likely to be true of mechanical systems but frequently wrong of electronics. The CPU in your computer contains hundreds of millions of transistors yet will probably never fail. Your Toyota Camry is vastly more complex than a 1950 Chevy but will run practically forever with little maintenance.

The Fighter Mafia was heavily influenced by John Boyd, a fighter pilot from the Korean War. He was very good at dogfighting, which was important in the wars he knew, and apparently decided that the Air Force was made for aerobatic combat.

With a sort of backward-looking romanticism characteristic of the Reformers, he wanted a fast, agile, light fighter not burdened with bombs, radar, or missiles of long range. The gun was more important.

Long-range missiles were in their infancy and did not work terribly well. Ignoring the common experience that what works sort of today will work a lot better tomorrow and like gangbusters by next Thursday, Boyd and the Fighter Mafia wanted a philosophical Sopwith Camel. It didn”t bother them that nobody else did. Israel, with the best tactical-fighter force of the age, was and is big on electronics. The Israelis had to win their wars, not talk about them.

So how has all of this played out? As everybody but the Reformers thought it would. From Air Force magazine:

What really took the ginger out of the Reform movement was the Gulf War. In that war, high technology undeniably worked. Its star performers included the much-maligned F-15 and all of the other systems that had been attacked by the Reformers.

The F-15 put together a victory tally of 104 to zero in various conflicts. In Desert Storm, the M1 produced a phenomenally lopsided victory against Russia’s simple, robust, reliable, etc. T-72 and its brethren.