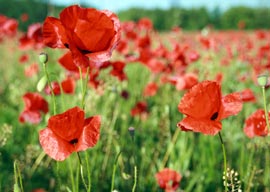 When, a little more than 45 years ago, we arrived in the city of Peshawar from Afghanistan, it seemed a peaceful and romantic place. True enough, the Khyber Pass had not been safe to travel after dark, but the danger was from brigandage of an almost folkloric rather than of a political or religious kind. Brigandage was to Afghanistan what beer was to Belgium. It was still the age of the bandolier and Lee-Enfield rifle rather than of the Kalashnikov and the suicide bomb (I bought a Lee-Enfield as a souvenir in Kabul market). And we assumed that even the bandits would be chivalrous toward us, as young and honored guests in their country. The Afghans, we had been told, were wonderful and noble hosts but dreadful and fearsome enemies. In the name of honor they would defend their guests to the death, but they would avenge an insult with violence.

That first night in Peshawar we slept under the stars on charpoys (wooden-framed beds with rough jute matting suspended between the sides) in the garden of a college. We thought we had arrived in the middle of a Mughal miniature painting. Later that day we discovered something that surprised and puzzled us: the Afghan currency, the Afghani, was the strongest and most sought-after in the region.

“If asked, I think we should have been in favor of the preservation of the local way of life precisely because it was different from ours, and global uniformity would have left nothing but the landscape worth traveling for.”

How could that be? We had gone through the country without seeing much in the way of economic activity, beyond a certain amount of farming in fertile valleys. Even the capital, Kabul, was no metropolis in those days, being still without those modernist office blocks that are taken in poor countries as a sure sign of development. Opium was not yet the major crop it has since become. As far as I knew, the only mineral resource of Afghanistan was lapis lazuli, precious enough but either not in sufficient demand or in sufficient quantity to enrich the country. The only explanation I could think of was that the country must be too poor even to expand the money supply by resort to the printing press, and so Afghanis (the banknotes of which were spectacularly grubby) were sought after as something comparatively scarce is always sought after.

It did not occur to us, as we passed through the Muslim lands of eastern Turkey, Iran, Afghanistan, and Pakistan, that we were undergoing a clash of civilizations. It was obvious that the countries were very different from anything we had known (though the Shah’s White Revolution seemed to be turning the north of Teheran, at least, into a Western city, complete with traffic jams and women drivers), but we accepted the difference without any stirring of evangelical fervor in favor of our own way of life. If asked, I think we should have been in favor of the preservation of the local way of life precisely because it was different from ours, and global uniformity would have left nothing but the landscape worth traveling for.

We experienced no hostility toward us; on the contrary. Perhaps, being so young, we were callow or naÃ¯ve enough not to recognize hostility when we encountered it. My letters home at the time make it clear to me now that I was not then an acute observer or, if I was, had no descriptive powers. What appeared to concern me mostly was my own comfort rather than the world about me: the past is not only another country where they do things differently, but also where one was oneself a different person. When I read my letters of that time, I feel as if I have no connection to, or even sympathy for, the writer of them (though my handwriting has not changed in the meantime). I understand the impulse of many people to burn the letters of the past. One day, those who are now young will hope that the electronic messages of their youth will suffer the degradation of entropy and go the way of all flesh, for there is nothing more to be feared than the perfect record of a life.

Unobservant as no doubt we were, I think we should still have recognized overt hostility toward us had it existed. No one seemed to hate us just because we were who we were and came from where we came from. We had not the faintest inkling of what was to come in Peshawar or elsewhere. And in the Murree Hills I had one of the more extraordinary encounters of my life. A young man, I suppose now in his early 70s, emerged from the woods in which he had been walking in a tweed checked jacket and cavalry twill trousers, and spoke to me in the purest upper-class English English of the 1930s or 40s. He was more Bertie Wooster than mad mullah. Clash of civilizations? It seemed more like a happy mÃ©lange.