Pesky Reality Catches Up to the Left 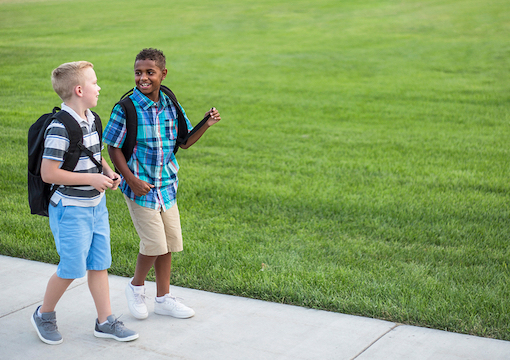 There are certain leftist ideas that, if one is to believe in them, it is necessary to live at a certain removal from reality, that rather pesky thing which never ceases to shatter comforting delusions. We are often told, for example, that there is something called “white privilege,” thanks to which white people enjoy a general privilege (or advantage) over other groups, just because they’re white. All year round, here in Philly and when I’m traveling in other parts of the country, I see white men working outdoors, doing those hard, dirty jobs that many of us don’t want to do, sometimes in very hot or very cold weather. It’s easy, of course, to describe construction workers, and the men who get up in the middle of the night to repair downed power lines or broken pipes underground, as “privileged,” but to do this is only to betray one’s utter ignorance of how such men actually live. The truth is that the leftist intellectual who is forever chattering about “white privilege” typically knows nothing about the many white people, women as well as men, who do thankless jobs that most of us take for granted. For most leftist intellectuals come from middle- or upper-class backgrounds; for them, the ordinary working-class or blue-collar white person exists only as a convenient abstraction, easily made into an occasion for cant about “white privilege.”

As with “white privilege,” so with the belief, common among leftist intellectuals, that racial differences in academic performance are mainly caused by poverty or income inequality. Here, too, in order to maintain a belief that one wants to be true, it’s necessary to be ignorant of the profound differences in behavior among racial groups, or anyway, to pretend that these differences don’t produce differences in academic performance. It may also be necessary to ignore well-established racial differences in intelligence, or to hold that these too are somehow due to income inequality, an explanation that, to be sure, can also be applied to differences in behavior among racial groups. (In general, if something is bad, expect leftists to consider it an effect of poverty.) Since, according to leftists, academic performance is essentially an effect of class, the way to solve racial disparities in the classroom and on standardized tests is to send poor students to more affluent schools. But though leftists in general seem only too happy to insulate themselves from others in order to entertain this and other follies, they are now finding that there may be a price to pay: sending their own children to poorer and less successful schools so as to give the “disadvantaged” a greater chance at achieving academic success. Dana Goldstein, writing in The New York Times, reports:

The planned community of Columbia, southwest of Baltimore, has prided itself on its ethos of inclusion ever since it was founded more than half a century ago. Racially integrated. Affordable apartments near big homes. “The Next America” was its optimistic, harmonious motto.

But a recent proposal to restore some of that idealism by balancing the number of low-income children enrolled in schools across Howard County, including those in Columbia, has led to bitter divisions….

“In general, if something is bad, expect leftists to consider it an effect of poverty.”

The plan, announced by Dr. Martirano in August, would transfer 7,400 of the district’s 58,000 students to different schools in an effort to chip away at an uncomfortable truth: Some of the county’s campuses have become havens for rich students, while others serve large numbers of children whose families are struggling.

Dr. Martirano’s plan, which he called Equity in Action, would also alter the racial makeup of some schools, given that the majority of poor students in the county are black or Hispanic….

Howard County is one of many school districts, from Dallas to New York City to San Francisco, now grappling with the challenges of integration. The virulent opposition in an area that its founder once declared to be “color blind” shows that the issue remains deeply divisive among liberals when it comes to their own children.

That there is a racial dynamic to the struggle in Columbia is undeniable. It is mostly white and Asian parents who are protesting the plan. Black and Hispanic children are more likely to be concentrated in schools with large numbers of poor students.

Schools are one of the big reasons that families choose to live and buy homes where they do. The “mostly white and Asian parents who are protesting the plan” would probably say that their high property taxes aren’t justifiable insofar as their children aren’t going to the corresponding district schools.

That there is “a racial dynamic to the struggle in Columbia” seems an understatement; surely the struggle is essentially a matter of race. For if class were really a concern, there would be calls to send poor and underperforming white students to better schools. But that is something we never hear from the left. Moreover, it’s telling that, for leftists, it’s only in regard to blacks and Hispanics that poverty causes academic underperformance. Asians are the poorest racial group in New York City, but yet also the most successful academically, and how that is possible doesn’t present a problem for those whose views are not, after all, empirical.

Goldstein speaks of “the challenges of integration” and uses the word segregation throughout her article. Yet there was never a good reason to expect equal outcomes among racial groups, in the academic domain or in any other one, and the segregation that currently exists in America is not, it goes without saying, discriminatory. Segregation exists for a number of reasons, and is to some extent a function of meritocracy. People who, as it were, outperform others are bound to wind up living among themselves, and that will have intergenerational effects. This doesn’t mean that our country is doing all that it can and should for those who have been “left behind.” The point is that class as such—and the racial differences it comprehends—shouldn’t be confounded with some awful injustice. Class is inevitable since people will always sort themselves in various ways.

After a protest last month outside the Board of Education headquarters parents streamed into the meeting room and stepped up one after another to the microphone. There had already been half a dozen similar meetings, with over 500 speakers, the overwhelming majority of them in opposition.

They were Democrats, they said, consultants to social justice nonprofits, teachers, veterans’ advocates….

In meetings last week, the Board of Education essentially restarted the planning process, and proposed alternatives to Superintendent Martirano’s proposal, which now seems unlikely to pass as written. The school district declined to make the superintendent available for comment during the board’s deliberations.

The board is scheduled to vote on redistricting on Nov. 21. The fight leading up to the vote has been a profound challenge for a diverse county that prides itself on its history of getting along. The bumpers of many local cars display a magnet with a long-running countywide motto, one that is frequently cited by both sides in the debate: “Choose civility.”

Against that fuzzy, sentimental idea of “civility,” I should say “choose liberty.” In places like Howard County, leftists have a chance to learn that “diversity” does not mean sameness of outcome. Having, for a change, some skin in the game, leftists are now compelled to face the reality that redistricting is a poor, short-term solution to a hard, long-term problem—namely, the behaviors that are holding some groups back more than others. I don’t think it’s unfair to observe that blacks and Hispanics, on the whole, are simply not as academically oriented as whites, Asians, and Jews. I don’t think it’s unfair to say that blacks and Hispanics, on the whole, simply assign less value to academics than whites, Asians, and Jews do. And in the case of blacks, there’s a lot of cultural dysfunction that hinders academic achievement. The greater academic achievements of whites, Asians, and Jews are correlated to their having more stable families and to what would seem to be their greater conscientiousness (judging from their lower rates of various measures of pathology and dysfunction). Children thrive in two-parent families, but with the black illegitimacy rate being 70 percent, how can anyone expect black students to do as well as other students, in aggregate? Is redistricting a solution to disorder at home (disorder that often turns up in schools)? Certainly not.

Nor is such reflexive touchiness a good thing for the underperforming or “disadvantaged” racial groups. There has been a problem of teenage flash mobs in Philly this year. Invariably black, and mostly male, the teenagers storm into Rite Aid, Wawa, and other stores, taking what they want and destroying merchandise. Small wonder, then, that for some years now, every afternoon, starting at around 3 p.m. when the schools let out, Center City has been full of cops on the street. It is their task to maintain order amid the sometimes unruly youth. As it happens, those youth are disproportionately black, but social order is not any less important for that reason. And it would be no virtue, but rather a terrible vice, to read “racism” into this context and therefore fail to maintain order. Teenage flash mobs indicate a need for internal reform from communities themselves, but such reform is much less likely to happen if people can shirk the consequences of their actions via mindless cant about “racism.”