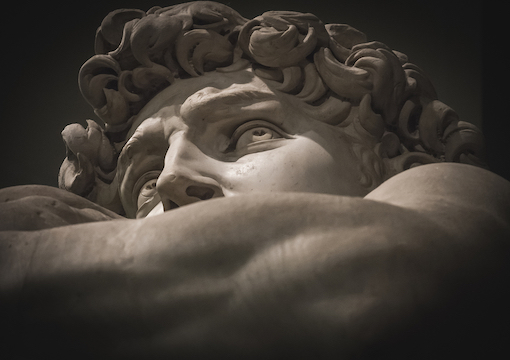 TULSA, Okla.—I’ve been flipping through a website called Exposing Celeb Surgery. The goal of the publisher seems to be: humiliation.

Here you have various models, actresses, influencers, YouTube personalities, Patreon performers—99 percent of them are women—and you see a professional photo of that person, then a “Here’s what they really look like” photo, full of wrinkles, bad makeup (or no makeup), cellulite, mussed hair, blotchy dry skin, or whatever body flaw seems to amuse the editors the most.

But they don’t stop at mere surgical scars. They also “expose” women who Photoshop their bodies and faces to achieve a certain look. This is what’s called “the Photoshop facelift” and it’s considered an act of deception worthy of World Wide Web nuclear war. Because inevitably what happens when one of these posts goes viral is that trolls come out of the woodwork to tell the model or celebrity how fat she is, how disgusting she is, how ridiculously fake she is, and how subhuman she should feel now that they’ve outed her. The lesson we’re supposed to glean from all this abuse is that any alteration of the way you look when you roll out of bed in the morning should be treated as a crime against humanity. All you women who buy L’Oréal makeup at the drugstore should be ashamed of yourselves. Quit changing the way you look! Be real or we’re gonna send you to Instagram Hell.

There are dozens of these websites now, and yet they’re not classified as hate sites because they insist that what they’re really doing is empowering young girls. Most of them are run by women between the ages of 16 and 26, and they all have mission statements to the effect that they’re saving children and adolescents from trying to look like Barbie or dress like Angelina Jolie or shape their bodies to look like whatever supermodel most recently graced the cover of the Sports Illustrated Swimsuit Issue. The idea is that “the illusion of perfection” is crippling the minds of young people and causing them to have low self-images. (How self-image can be measured is another subject for another time, but they claim to be measuring it.)

“Be real or we’re gonna send you to Instagram Hell.”

Several questions about this:

Numero Uno: Whose idea of perfection? I’ve seen certifiable supermodels—they’re making the money, they’re on the runways, they have the right agent and manager, they’re in the magazines—who strike me as fairly mundane. So obviously my “perfection meter” is not calibrated to coincide with what’s fashionable at that moment. I’ve also known actresses who are fairly homely in person but become impossible to take your eyes off of when they appear on a screen. With the sheer number of faces and bodies and types that are out there in this crowded media world, the idea that any person sums up “perfection” to anyone is a tough argument to sustain. In some of those “Real” and “Not Real” pairings on the “exposed” websites, I can’t tell at first which is supposed to be the bad picture and which the good one!

Numero Two-o: Why are women targeted? I read bodybuilding magazines, mainly for the articles on “How to Get Rid of Your Beer Gut in 20 Days,” and I’m sure some of the pictures are Photoshopped, and I’m sure many of the ripped men are looked up to by young boys trying to sculpt their bodies in the same way that women sculpt their bodies. This has been going on for 3,000 years, but nobody yet has suggested that we should stop admiring Michelangelo’s David because “David didn’t look like that in real life. In fact, he had acne.” Beautiful men and women have been depicted in sculpture, painting, and photography throughout history, and there’s always been an element of fantasy, an ideal form that’s just beyond reach. The only difference is that today we have editing tools that put the ability to search for that ideal form in the hands of ordinary people. I don’t think anyone felt Arnold Schwarzenegger was a phony for the years he spent sculpting his body. After all, the people of California elected him governor even after it was revealed that some of those results were achieved via steroids. We applaud the young men who devote themselves to bodybuilding—shouldn’t we do the same for young women? We are, after all, the most fitness-oriented country in the world, and in many cases these women are Photoshopping their ideal selves so they can then go fulfill that Photoshop in real life.

Numero Three-o: There’s nothing shameful about plastic surgery or Botox or lip fillers or miracle body creams or whatever else got invented last week. Why do so many people treat the idea of “looking my best” like it’s an egocentric crime against nature?

Numero Four-o: Even if you disagree on all of the above, these sites (and there are dozens of them) are basically communist in nature. They take an abstract social-engineering goal—“protecting the impressionable young girl”—and they carry it out by destroying specific individuals. To use just one example (there are hundreds), the 24-year-old Swiss model Celine Centino was bullied in school for being ugly and flat-chested, so she saved all her money from a hairdressing job, then spent $50,000 to completely transform her body and face, shaping her breasts to resemble those of her childhood idol Pamela Anderson. She made the mistake, though, of blogging about how great she felt after all that surgery and of posting frequently on Instagram, where she racked up 43,000 followers. She was eventually targeted by one of the “exposure” websites—they didn’t have to look far for information, she had already posted all the “before” pictures and blogged about what she had done—and so many trolls showed up to make fun of her that her account had to be suspended.

Of course, it was all for the good of society. So many young girls were saved from making the same mistake she did. Celine said that, before she was eviscerated online, she was “feeling good about myself for the first time.” Obviously she was lying. Besides, she’s expendable. She’s just a person. We feminist crusaders have bigger goals in mind. We’re transforming the minds of young people so that they naturally hate people like her and we don’t have to do it for them.