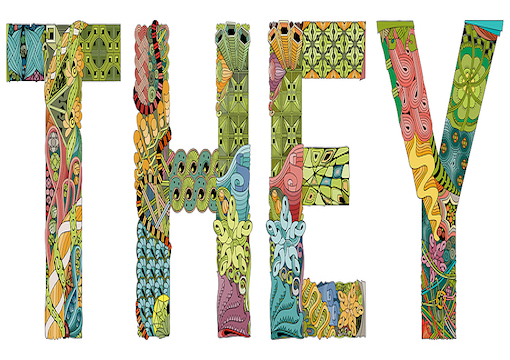 Most of the time that I have spent informing myself about the world we live in, with only partial success, has been wasted, at least as far as practical effect is concerned. During the Cold War I read a lot about Marxism; then came Islam and Islamism; now it is COVID-19. My influence on world events has, of course, been zero, and will remain so, however much I inform myself, which given my bad temper is perhaps just as well. I would have been more profitably employed collecting stamps or growing tomatoes.

The books about the COVID-19 epidemic continue to pour off the presses, faster even than I can buy them, let alone read them. Most of them are discouraging, that is to say disparaging about the various efforts of Western governments to deal with the crisis, pointing out the anomalies, U-turns, inconsistencies, scientific errors, moral cowardice, and so forth of our so-called leaders. Every author is particularly hard on the government of his own country, though the results in many countries are very similar and the difference in the statistics are probably within the margin of error of all such measurement. Besides, there may well be factors outside the immediate control of governments that might account for any real differences.

“THEY come at WE from every possible angle.”

Yesterday I spent much of my time reading a French book titled Is There an Error They Have Not Made? This concentrates, naturally enough, on the failures of the French government and the incompetence of the French state despite (or possibly because of) its immense size and self-arrogated omnicompetence. The author (a professor of medicine called Christian Perronne, much appreciated in conspiracy-theory circles) brings every possible charge against it and makes no allowance for human weakness. No doubt many of the charges are true; the pronouncements of the government have often been contradictory, its decrees inconsistent and verging sometimes on the absurd as well as dictatorial, and the results bad—though (you would never guess it from reading the book) no worse than some of its immediate neighbors, Spain, Italy, Great Britain, and Belgium, for example. The United States is no better. The author, I suppose, would reply that similar books could be written about those countries, and indeed probably have been. If there is “a holy alliance between incompetence and arrogance”—the subtitle of the book—it is an alliance that is international.

Professor Perronne’s book has been a great success: more than 100,000 copies sold. It is easy to read and some of it is good knockabout fun, or at least would be good knockabout fun if the situation were not so grave, where it points out the way in which government ministers contradict not only each other but themselves, often within the space of a day or two, or even within 24 hours. But what caught my eye when I bought the book when it first came out was its cover, brilliantly designed to appeal to the disgruntled, the temperamentally critical, and the paranoid.

The title, on a plain jet-black background, is all in the lower case, and in white lettering, except for the word THEY, which is capitalized, in a much larger font size, and in bright, devilish scarlet, the very color of wickedness.

The world, of course, is always divided into WE and THEY. WE are innocent, good, well-meaning, helpless victims; THEY are guilty, bad, ill-intentioned, deliberate perpetrators. How neat and satisfying it all is, how well it explains everything!

All my life, I have wondered whether I belong to WE or to THEY. Of course, to myself I belong to WE, but others, possibly (and alas), do not see me that way. For them, I am clearly a member of THEY.

For example, do I belong to the financial THEY, that is to say the famous, or infamous, 1 percent of the world population who consume 99 percent of the world’s production, or whatever percentage is now claimed? From the purely selfish point of view, in this instance I would rather belong to THEY than to WE, insofar as it is better, or at least more convenient, to be rich than to be poor; and I am sure that some people might claim that I belong to THEY, though perhaps only to the lower reaches of that evil group.

But the fact is that I don’t really feel part of THEY, or any particular solidarity with it. All I have done for most of my life is try to earn my living in a fairly normal way without, as far as I am aware, having exploited anybody, at least not knowingly. That would be my defense when, come the revolution, WE take over from THEY, though when such things happen, it generally turns out that the legal procedures employed by WE allow for no defense and proceed to summary execution.

In other situations, moreover, I have clearly been a member of WE, for example when THEY were the administration of the hospitals in which I worked. THEY were terrible, selfish, and unscrupulous, while WE (everyone else) were altruistic and principled. The contrast was at least as great as that between the white and red lettering of the title of Professor Perronne’s book.

THEY are constantly making demands on WE. For example, THEY have recently sent me an income tax demand, a demand for tax on my car, and for Value Added Tax (THEY assume that I add value to something). THEY insist, upon pain of being fined, that I register to vote so that I can choose between various candidates for entry into the ranks of THEY, and so on and so forth. THEY never let WE alone. Insurance companies are a branch office of THEY: For example, THEY recently demanded that I change the locks of my house to something allegedly more secure, though I am sure that THEY are in alliance with lock manufacturers, who are also part of THEY.

THEY are tentacular. THEY come at WE from every possible angle. For example, THEY, as instantiated by my doctors, are constantly badgering WE (as instantiated by me) to have tests, of my blood, of my urine, of my bowels, my eyesight, my hearing. This is not because THEY are concerned for the welfare of WE, but just to let WE know who is boss.

THEY are like an amoeba that changes protoplasmic shape all the time but is constantly incorporating the little helpless particles that constitute, collectively, WE, by means of its pseudopodia. At last I have understood how the world works.