Pigford at the Trough 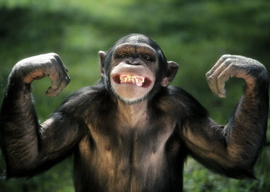 I’m not easily shocked by politicians” cynicism, dishonesty, and moral cowardice. I lived through the Clinton Administration, didn’t I? I must say, though, that this Pigford business has me wondering whether there is anything on Earth our Congresscritters won’t do so long as it (a) will enrich the Trial Lawyers Association and (b) can be dressed up as advancing civil rights.

“Pigford” is an umbrella term for class-action lawsuits that started in 1997. The lawsuits allege the U.S. Department of Agriculture discriminated against black farmers. One of the 1997 plaintiffs was a black farmer named Timothy Pigford. He had sued before, but his claim had been dismissed “with prejudice,” meaning that he should never have been allowed to make another claim on the same grounds.

Pigford’s new case would likely have been dismissed, too, if the USDA had challenged it. But at that time, the department had been in Dan Glickman’s hands for two years. As soon as the issue of USDA discrimination came to his attention, Glickman, a guilty white liberal from Central Casting, discovered that his department was addled with racism. This was odd, because the previous Secretary of Agriculture, Mike Espy, was black. Probably much of the department was, too. By 2006, blacks were over-represented in the Department of Agriculture by 15 percent.

The discrimination claims were prima facie dubious. Blacks at that time comprised less than one percent of the farming population but received more than three percent of USDA lending. Many of the claimants had actually received loans but were aggrieved that the department had not followed up with technical assistance to make them successful farmers. In other cases, the entire staff of the county offices alleged to have practiced discrimination were black. These claims were not reaching back to rectify Jim Crow-era injustices, either: They all related to USDA practices from 1981 onward.

Our left-wing judiciary took up the cause anyway, consolidating Pigford’s claims with others into a class-action lawsuit. Standards for entry to the class were laughably low. A claimant basically just had to be black. He need not ever to have farmed: To have applied for a USDA loan was sufficient. No surviving documentation of the loan application? No problem: The court would accept an affidavit co-signed by a non-family member.

The official criteria for making a claim were: You were a farmer between 1981 and 1996; you had applied for a USDA loan; you had been discriminated against; and you had filed a complaint. There was essentially no requirement that you prove any of those things, though. To get on the Pigford gravy train, you just had to be black. Not surprisingly, the class of claimants swelled mightily. By 2000’s end, there were more black plaintiffs (21,105) than black farmers (18,451 in a 1997 headcount). The Pigford juggernaut was in motion, fueled by white guilt, black greed, and civil-rights attorneys.