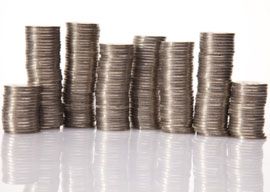 Resentment is the one emotion that can last a lifetime and will never let you down. All other emotions are fleeting and unreliable by comparison. I have tried hating someone for years, but found it impossible: hatred fades like the colors of pressed flowers. But resentment! It is the perfect solution to one’s failure in life. And we are all of us failures in some sense or other, thank God, for no one would be as intolerable and the cause of so much resentment as the complete success.

The success of others breeds resentment, especially success in a field in which one would like to succeed oneself. Whenever I read a wonderful passage of prose I experience pleasure, of course, but before long it is commingled with irritation and finally resentment. Why should this fellow be able to put something more elegantly, more wittily, more poetically, more concisely, than I ever could? What did he ever do to deserve his talent? Fortunate it is indeed for writers in English that Dickens, for example, was possessed of so many and such serious faults, for otherwise the self-evident and transcendent genius of some passages would paralyze the writers and sap their will to put pen to paper, or finger to keyboard.

“Bill Gates” fortune harms me only if I let the acid of envy and resentment etch itself on my mind. This is not to say that some fortunes may not be ill-gotten: those of many Russian oligarchs, for example. But such fortunes are wrong not because they are much greater than mine, but because they are ill-gotten.”

Enough, as they say in Russian novels, of philosophy. Let us descend from the rarefied atmosphere of abstraction to the sordid reality of an actual phenomenon, in this case the phenomenal success of the book by the French economist, Thomas Piketty, called Capital in the Twenty-First Century. It is selling so fast that the printing presses cannot keep up with demand. It is not to be had in the bookshops, even (as Lane, Algernon’s butler in The Importance of Being Earnest, put it) for ready money.

This is truly astonishing, for Thomas Piketty is no Dan Brown, purveying overtly superstitious twaddle in execrable prose to the post-religiously credulous. No: his book is hundreds of pages long and filled with arcane data, as we must now call facts. Fortunately, I had bought a copy of Piketty’s book when it first came out in France, and I have hopes, in view of its swift ascent to the status of international icon, that my original edition will in due course come to be regarded as a holy relic with healing properties above price.

Of course, having bought and having read a book are not the same thing. Unfortunately, I have mislaid it, despite its size and weight. But I did carry it around with me for a while, just as, a long time ago as a medical student, I carried a pathology textbook around with me, in the hope that I would learn its contents by a process of osmosis through the covers. In the event, however, I found I had to open it and learn just enough to pass the exams. Needless to say, I have forgotten everything since.

I do not usually write about books I have not read, and I suppose that in my life I must have reviewed at least 500 books. It would be false modesty to deny that I read all of them through, including often the footnotes, my solidarity and fellow-feeling with authors even of bad books being such that I considered it only ethical to do so, and this despite the fact that one does not need to eat the whole pound of butter to know that it is rancid.

However, two ideas of Piketty’s seem to have been taken up in all the reviews of his book that I have read, so that I suppose they must be representative of what he said.

The first is that there is a long-term tendency for the value of capital to increase faster than the rate of growth in the economy as a whole; and since most people depend for their livelihood on their labor rather than their capital, inequality of wealth can only increase, to the point where it becomes socially and politically unsustainable. One might put it in Malthusian terms: the value of capital increases geometrically while the value of income by labor increases arithmetically. Or again in Marxist terms: “At a certain stage of development, the material productive forces of society conflict with the existing relations of production… Then begins an era of social revolution.”