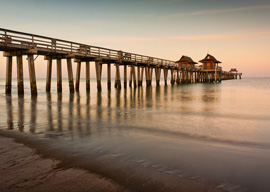 I hadn’t read The Smithsonian for years. Back in the 1970s I actually subscribed to it. That was in the days when Stephen Jay Gould contributed columns to the magazine. I liked Gould’s columns. They were witty and informative. At that point I did not know that Gould was a Chomskian-left activist and scientific fraud. (At Harvard he taught a course of his own devising titled “Biology as a Social Weapon.”)

Well, I was sitting in the local radiology place waiting for another damn scan (suspected blood clot on my lung”it never ends, it never ends). There was a pile of magazines. I picked through them. The usual selection: People, Sports Illustrated, Us, and a lot of health and fitness stuff. I couldn’t care less about people”well, not about those people”have no interest in sports, resent the inclusive implications of Us that yokes me in with a host of vapid celebrities, and am sunk in the despairing conclusion that I shall never know health or fitness again and would therefore prefer not to be reminded of them.

And then, The Smithsonian. I recalled my subscription days back in the 1970s, the mystic chords of memory chimed in, and I picked it up and started browsing.

To help create our list, we asked the geographic information systems company Esri to search its data bases for high concentrations of museums, historic sites, botanic gardens, resident orchestras, art galleries and other cultural assets common to big cities. But we focused on towns with populations less than 25,000….

At this point I began to suspect that the whole thing was a spoof by the Stuff White People Like website. (For my review of their 2008 book with the same title, see here.)

What has actually happened is that some subset of the Stuff White People Like (SWPL) Bobos lost their grip on irony and have fallen into unconscious self-parody.

Thus we read of the very first town on the list”Great Barrington, MA”that:

Pedestrians [are] stalled in the crosswalk trying to decide whether to have sushi or chimichangas for dinner. Others carry yoga mats, bags of farmers” market produce, books, CDs, double espressos and all the other stuff it’s hard to find in surrounding Berkshire Mountain villages….

We also hear from a local NPR (!) director that:

That started me wondering just how ethnically mixed Great Barrington and the other Best Small Towns are. I brought up city-data.com and opened a spreadsheet. Look, it’s a dirty job, but someone has to do it. In what follows, bear in mind that the USA as a whole is 63.7% non-Hispanic white, 12.2% non-Hispanic black, 16.3% Hispanic, and 7.8% Other.

Great Barrington turned out to be deplorably un-diverse, the NPR guy notwithstanding. The percentages of white-black-Hispanic are 84.9-2.6-7.7. Smithsonian readers might have to hunt around for those chimichangas. For the sushi, too: Great Barrington is only 2% Asian compared to a national average of 4.8%.

Taking the 20 Best Small Towns as a whole, though, the averages are less embarrassing. Three of the 20 have white populations below the national average: Taos, NM, Red Bank, NJ, and Marfa, TX. Two”Taos and Marfa”are actually minority-white, whatever commenter #5 says. The overall averages for white-black-Hispanic in the 20 Best are 75.5-5.0-13.5. Blacks are thus seriously under-represented, but Hispanics are up close to the national average.