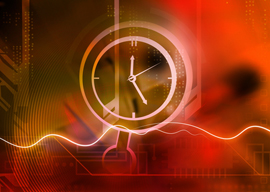 Nelson Mandela is home from the hospital. The guy is 94 years old and not in bad shape”perhaps illustrating the black-white mortality crossover.

Mandela and I go back a long way. When I started my university education in the fall of 1963, the Student Union at my college was dominated by a leftist faction headed by an economics major named Roger Lyons, who went on to a long career in the British labor movement. The big issue at the Student Union that fall was Lyons’s campaign to elect Mandela honorary union president.

This was gestural. Mandela was already in jail and had surely never heard of the University College, London Student Union. He was the leftist cause of the day, though, and thus he was elected honorary president. To their credit, the college Conservative (as in “Tory”) Society put up a creditable rearguard action, arguing that Mandela was a communist terrorist. They were, of course, right.

Reflecting fifty years later, I marvel at how little change I have seen across large regions of human life. When we are not reflecting, we tend lazily to think that change is continuous, that life in 2013 differs from life in 1963 to the same degree that life in that latter year differed from life in 1913. This is not at all the case.

“Where societies develop at all, as they have among European peoples this past millennium, their morality passes through distinct phases.”

There is steady change at a low, superficial level, to be sure: Toothpicks and bar soap give way to dental floss and shower gel. At any level much above that, though, the common rule is that a short burst of dramatic change will be followed by decades of stasis.

Consider male clothing fashions. The necktie I wore to a minor local function last night was one my mother gave me for my sixteenth birthday in 1961. True, I am not a fashion plate, but nobody noticed the tie. It’s a plain four-in-hand tie, not a bow tie, puff tie, ascot, kerchief, stock, cravat, or ruff. It took us five centuries to get from the ruff to the necktie, but nothing much was changing for most of those years, and nothing much has changed since the necktie arrived in my grandfather’s time. Karl Marx and Thomas Kuhn got that much right, at least: Most change is sharp, revolutionary, and discontinuous. In between changes, we coast.

In large social and political matters, we have been stuck in a rut since the early 1960s, as Mandela-olatry illustrates. That slight Thatcher-Reagan detour notwithstanding, managerial socialism is still the ruling economic orthodoxy for practical purposes. If Paul Krugman were to be indisposed, we could have the cryogenics lab revivify J. K. Galbraith to write Krugman’s New York Times columns; nobody would notice the difference. One thing that makes geezers such as me weary of politics is that today’s orthodoxies are the same as those of our student days, only now there is no elite opposition.

In the battlefields of sex and race, there is a willed desire to keep the reference frames unchanged. Sandra Fluke desperately wants us to believe in a patriarchal plot to keep the gals corralled into the realm of kinder, kirche, and kÃ¼che. Sheriff Rainey may have gone to his long home, but in the minds of professional blacks, his spirit walks among us daily. What would they do for a living otherwise?