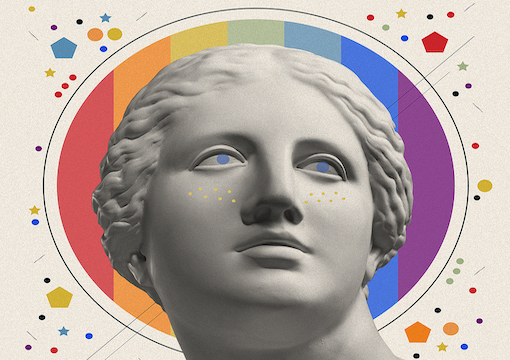 Nothing exemplifies the madness of our times more than the fervent push since 2013 by therapists, educators, social workers, and journalists to poison, mutilate, and sterilize girls who have self-diagnosed themselves with the novel social-media-transmitted hysteria now known as rapid-onset gender dysphoria (ROGD).

Hence, Irreversible Damage: The Transgender Craze Seducing Our Daughters by Abigail Shrier, an op-ed freelancer for The Wall Street Journal, is one of the most valuable (as well as sensible and lively) books of recent years. Shrier is terribly bright but not an academic: She brings a wise Jewish mother’s perspective to her advice for parents losing their chance of grandchildren to the insanity of our age.

Before the smartphone and the Great Awokening helped make transgenderism the latest craze among adolescent girls (partly displacing older teen fads such as anorexia, cutting, and recovered memories), psychological science knew of only two main types of gender dysphoria (when an individual is dissatisfied with the sex of his or her body):

Childhood-onset gender dysphoria: An extremely effeminate little boy or extremely tomboyish little girl will insist he or she is the opposite sex. While rare, this is not something parents can overlook; a boy with the condition, for example, will insist from perhaps age 3 onward on dressing up dolls. Most will grow up to be homosexuals satisfied with their biological sex, although some as adults will insist on a sex change.

Late-onset gender dysphoria: This is a biological male-only affliction driven by the sex fetish of being aroused by the thought of himself as a woman. While kept mostly secret by the press, it likely explains the majority of the famous cases of high-IQ men who have fathered children declaring themselves to be women. It’s not that they always felt like a girl on the inside while succeeding in some intensely masculine career such as world’s greatest athlete or outer-space tycoon, it’s that they have a fetish.

Strikingly, this condition appears to be most prevalent in brilliant, vaguely autistic, not nice men. For example, the mathematician Ted Kaczynski, better known as the Unabomber, wanted a sex-change operation after his autogynephilic fantasies began overwhelming him in grad school. But then he changed his mind and decided to kill people instead.

If we didn’t live in a culture that sided with the liars and censors, more people would know the true story about the late-onsets, which would have saved many American families much grief over the past half-dozen years. But you don’t want to cross these ultra-aggressive late-onset types. They are the ultimate example of Nassim Nicholas Taleb’s concept of the dictatorship of the small minority in which the most intolerant win.

What science hadn’t heard about until after the 2015 Caitlyn Jenner media whoop-de-do was the sudden proliferation of moody adolescent girls declaring themselves to be transgender. In 2018, Lisa Littman published the first-ever scientific study of the new rapid-onset gender dysphoria in which young girls, along with many of their school or internet friends, decide that they aren’t going through with puberty because…uh…uh…because they were researching the cause of their unhappiness online and discovered that they are boys.

The exact manifestations of mental illnesses tend to be highly specific to their time and place. For instance, nobody has neurasthenia anymore, but 125 years ago it was fashionable. Psychiatrist Edward Shorter has articulated the plausible concept that people with psychological pain go looking for a “symptom pool” that perhaps more or less fits themselves and then adopt whatever label the current culture slaps on it.

“Few ROGDs really want to be men, they just are scared of being women.”

Only a vanishingly small number of American teenage girls thought they were boys until the media started hyping transgenderism around 2013. Unhappy pubescent girls shopped online for some explanation of their discontent and found en masse that the hot new one was transgenderism.

As Shrier empathizes, it’s natural for many adolescent girls to be leery of changing into women: “Puberty is hell,” Shrier explains—the bleeding, the cramps, the manic-depressive emotional swings, the need for attention and terror of unwanted attention, and the agonizing self-consciousness.

Few ROGDs really want to be men, they just are scared of being women. “They flee womanhood like a house afire, their minds fixed on escape, not on any particular destination.”

Some girls who develop ROGD are tomboys, while many others were always girly-girls. Mostly, they are just girls who find that they aren’t turning out socially to be The Plastics in Mean Girls.

Both Littman and Shrier report that the parents reporting rapid-onset gender dysphoria are upscale. In Littman’s study, 91 percent are white, 95 percent have at least some college education, and 86 percent are pro–gay marriage (although my vague impression is that this plague, like most bad ideas, is spreading downscale). It’s the new anorexia, another mental illness that traditionally afflicts the daughters of the professional class. Perhaps it has something to do with the upper middle class’s insistence that its daughters grow up to become surgeons, litigators, and military officers?

Sometimes I wondered whether all this [parental] open-mindedness hadn’t robbed their daughters of the rebellion they so badly seemed to want. Maybe if they had put up monstrous opposition to, say, their daughter joining the Gay-Straight Alliance in middle school…maybe their daughters would have declared victory and deemed their War of Independence a success.

She also wonders if this overwhelmingly white cohort of girls is trying to increase their diversity Pokémon points at school. Being white,

They belong, in other words, to perhaps the most reviled identity on today’s campuses. What to do about it?… “Of all these badges of victim status, the only one you can actually choose is ‘trans,’” Heather Heying…pointed out to me. “All you have to do is declare ‘I’m trans’ and boom, you’re trans. And there you get to rise in the progressive stack and you have more credibility in this intersectional worldview.”

Girls can make themselves seem cool and courageous by declaring themselves trans, even if they are really scared of womanhood. (Sure, they could also declare themselves lesbians, but female homosexuals are falling out of fashion.)

And social media has raised standards of beauty to daunting levels. We didn’t evolve in an ancestral environment in which telephones in our pockets present us constantly with Photoshopped images of the most beautiful people in the world along with stinging social media critiques of our every personal flaw.

Perhaps the vast increase in demand for puberty blocker drugs (which have been used to chemically castrate sex offenders) is tied in to our society’s demand that upper-middle-class girls focus on a “slow life cycle.” Today, it is widely felt, the worst thing that can happen to a daughter is to get knocked up by some local loser, while the best thing is for her to delay motherhood until after she makes partner in her mid-30s.

Although there is much talk of “gender fluidity,” the transgender mania pushes children toward a future of sexual rigidity and frigidity. Although therapists market their puberty blockers as merely a “pause button” on puberty, in one clinical trial, 100 percent of the patients then moved on to taking cross-sex hormones and some to horrifying surgeries. Once you start down this path, it’s hard to stop.

The outcome is often sterility. Transgenderism is, in effect, much like the eugenic sterilizations of a century ago, except now people at the top of society are doing it to themselves.

Many traditional cultures have means by which pubescent girls can somewhat de-emphasize their sexuality for a few years until they make their debut in society in their later teens as a lovely young woman ready to be wooed. Maybe what our adolescent girls need is less gender-bending and more gender-pending in which anxious adolescent girls get to escape the social media spotlight until they are more ready. Thus, Shrier’s first piece of advice is:

Don’t Get Your Kid a Smartphone.