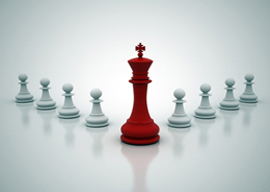 The election season is upon us. The Iowa Caucus and New Hampshire Primary solemnly consecrated the opening of this long, sad circus. Until November we will endure the quadrennial ritual of seeing men of questionable ability and ethics accuse each other of having questionable ability and ethics. This barrage will continue all day, every day, until blessed relief arrives on November 6—presuming that the rite does not have to be knocked over to the Supreme Court’s wise old creatures to exercise their Solomonic wisdom. Prepare to endure constant appeals to your loyalty and wallet until then.

January also recalls entirely different forms of governance. The month’s first week offered the Feast of the Epiphany, with Western Christendom’s emphasis on the Three Kings’ visit to Bethlehem. The trio provide a sort of opening meditation for liturgical observances around three other kings later in the month. In France, the United States, and elsewhere, requiem masses will commemorate Louis XVI‘s judicial murder on the 21st. Seven days later the cathedrals in Aachen and Frankfurt will observe the feast of my own patron, Bl. Charlemagne. On the 30th, Anglo-Catholics around the globe will honor the only saint ever canonized by Anglicans, Charles Stuart, King and Martyr.

Meditating on these observances carries a particular poignancy in an election year. Compare these ancient kings’ method of leadership and their subjects’ expectations of them with those for whom we are now expected to vote.

Whatever their failings and mistakes, they were trained from birth for their positions, which they were expected to regard as holy vocations—akin to the priesthood, as innumerable coronation rites show. Such rulers were taught to believe that when they faced God’s judgment after death, He would demand an accounting of their stewardship over what were really His people, who had merely been lent to their rulers for their earthly lives’ duration. Christian sovereigns were expected to regard themselves as their peoples’ fathers and to be prepared to die for them. This last was extremely important: As Otto von Habsburg wrote, “Monarchy began to die when kings ceased to lead their armies into battle.”

Few if any sovereigns lived up to such high standards perfectly. An emperor or king was considered “good” to the degree that he attempted to meet these standards. But presidents are expected nothing more than to do a minimum of damage during the years they control the state machinery. If they are corrupt or incompetent, we are annoyed and dismayed but never surprised. For the most part, we simply ask that they leave us and our property alone—a request usually ignored.