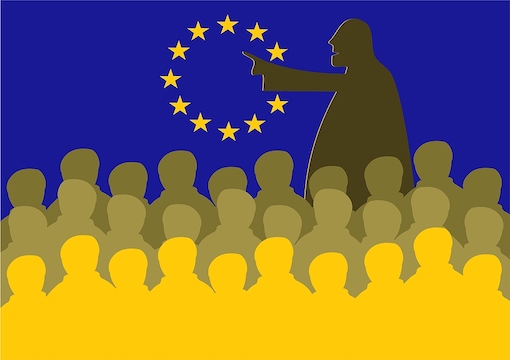 The old adage is “the worm isn’t supposed to turn.” On the rare occasions when it does, it brings about tremendous anger and retribution. The Republic of Poland is now experiencing this phenomenon because its Constitutional Tribunal ruled that two articles of a treaty with the European Union were incompatible with Polish law. In addition, it opined that national law held greater weight than E.U. law. In other words, the laws passed by the Polish Parliament held precedence over E.U. legislation. It is really a mild but important verdict. At European Headquarters in Brussels, it was treated as the end of the world, which, of course, it isn’t, though it may signal the end of the European Union. Brexit—the withdrawal of Great Britain from the E.U.—was just the beginning, and it was closely watched by other nations that sensed that this organization (which is what it is, not a sovereign power) was not for them. But how to extricate oneself from this arrangement? Hence the close scrutiny of Brexit, and one point seemed clear: There had to be a judicial rationale for the separation. The E.U.’s overbearing conduct led to the Tribunal’s verdict last week, which in turn provided that rationale.

This all began when the Polish government petitioned the court asking for a ruling on the E.U. regulation that stated that gay rights and gay and transgender lifestyles had to be taught in all elementary schools throughout member states. Poland is a Catholic country—a very Catholic country—and the government wanted clarification as to the validity of this law. The E.U. also voiced concern for the independence of the Polish judiciary; that the Polish government was naming judges affiliated with the ruling political party to the higher courts and threatened sanctions if the practice was not halted. This is somewhat odd since the Polish process is akin to what American presidents have done for 245 years: Democrat presidents nominate Democrat judges to the Supreme Court and to federal benches, Republican presidents nominate Republicans. And though all justices proclaim their impartiality, everyone knows that they, as we all, have our biases and prejudices, which we fight against with varying degrees of success. The Tribunal, as previously stated, found these laws invalid by reason of the fact that they conflicted with the Polish Constitution, which has primacy.

“What is happening to the E.U. now is that it is collapsing from the weight of its own tyranny.”

The reaction was predictable.

Ursula von der Leyen, president of the European Commission, said she would “use all the powers at my disposal to enforce E.U. laws,” including the withholding of coronavirus recovery funds from Poland. She continued, “All rulings of the European Court of Justice are binding on all member state authorities. E.U. law has primacy over national law, including constitutional provisions.” The German government, which really controls the E.U., gave the Commission its “full support.” The French, who ask “how high” when the Germans say “jump,” said Poland’s actions were a “direct threat to the European Union.”

If there was any doubt, there is none now; there will be no negotiations, no compromises, Poland will submit or face financial retribution—just before Christmas, of course. It is no wonder that Britain found it intolerable to remain in such an organization, where absolute obedience was not only expected but required. Furthermore, of greater concern to Europe, it is, on its face, undeniably German. Other countries in Eastern Europe, most notably Hungary, now realize that after 45 years of Soviet oppression they have replaced it with a new form of subjugation, if not in political terms perhaps, certainly in monetary and social ones. Greece, of course, learned this in the last decade but did not escape while it had the opportunity.

What is happening to the E.U. now is that it is collapsing from the weight of its own tyranny. Yet it is correct in believing that this case will lead to others. It is inevitable that some countries will see this as their chance to question the authority of the central governing body, perhaps with the goal of reforming its structure, however unlikely this outcome.

To the E.U. bureaucrats in Brussels this is not a legal disagreement, this is heresy. In their view, not only should the citizens of Europe obey their directives, but they should be grateful for having a higher authority than their own governments to instruct them to live and behave in certain ways and to do so without objection because, obviously, they are incapable of governing themselves.

But the European Union, despite its very grand opinion of itself, is not the fount of all wisdom and knowledge. Neither is it the guardian of Western morals, nor virtues, nor values, nor peace. If anything, it has undermined those qualities and has made Europe a group of bullied and docile pseudo-countries that, with few exceptions, do the bidding of a glass-enclosed collection of gray men and women who patrol the halls of power searching for new ways to homogenize the once proud peoples of a continent. Poland, however, will have the distinction of being the second nation to rebel against this historical error.

Chopin didn’t compose for it, Sobieski didn’t fight for it, and the people of the Warsaw Uprising didn’t die for it. They performed their heroic deeds for Poland and for Western civilization.

And Poland will endure long after the European Union is but a dim and un-mourned memory. There will be no rousing songs for it, no romantic ballads sung down through the ages extolling its honor and majesty, no tales of bravery or sacrifice, merely reams of paper and books containing the rules and regulations that stripped Europeans of their customs and identities. And though some nations may change beyond recognition from the relentless pressure of this unelected, self-perpetuating, legislating invention—or indeed, disappear altogether—Poland will endure.