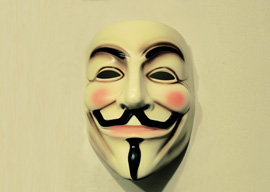 HOME
California Rep. Maxine Waters claimed that 170 million jobs will be lost as a result of sequestration. Homeland Security released hundreds of illegal immigrants in advance of the automatic cuts. … New York Governor Andrew Cuomo announced plans to modify the strict firearm restrictions that he signed in January in order to exempt police officers and the movie industry. Thousands of pro-gun activists gathered in Albany to protest the legislation. … Casino mogul Sheldon Adelson is suing a Wall Street Journal reporter for libel after she referred to him as “a scrappy, foul-mouthed billionaire.” … The US Census Bureau will no longer use “Negro” to label black Americans in its annual community survey. … CPAC didn’t invite GOProud or New Jersey Gov. Chris Christie this year. Conservative commentator S. E. Cupp is boycotting the conference until gay groups are embraced, and Washington Post columnist Charles Krauthammer is urging GOP leaders to not permanently punish Christie for giving the president “a lap dance” during Hurricane Sandy. … The ACLU discovered that Immigration and Customs Enforcement utilizes portable forensics machines to extract sensitive iPhone data, including passwords and geolocation points, even if it has been hidden or deleted. … Zumba instructor Alexis Wright, who is charged with promoting prostitution, had to face a jury as the entire courtroom watched her 45-minute taped sexual encounter with an older man.

“Guy Fawkes masks are now illegal in Bahrain, effectively putting an end to any chance the country had for change.”

ABROAD
Secretary of State John Kerry pledged $60M in aid to the Free Syrian Army. This brings the US government’s commitment to about $110M, not counting its ongoing program to train anti-Assad fighters. Kerry also praised US diplomats’ hard work in securing the “democratic institutions” of Kyrzakhstan, a country he found out doesn’t exist. … Former basketball star Dennis Rodman went to North Korea hoping to see the “Gangnam Style dude” Psy, who is South Korean. Supreme Leader Kim Jong-un sat courtside with Rodman for a basketball game that conveniently ended in a tie, each team scoring 110 points. “You have a friend for life,” Rodman assured the North Korean leader afterward. … A high-ranking Chinese official threw a major hissy fit at the Kunming Wujiaba International Airport when he and his family missed their flight for the second time. Yan Linkun, who tossed computers through the air and tried to shatter a glass window as onlookers watched in amazement, told the airport that he is “willing to compensate.” It is unclear if this is a promise to repay damages or an explanation of why the incident first took place. … Guy Fawkes masks are now illegal in Bahrain, effectively putting an end to any chance the country had for change.

ONLINE
The FDA is investigating a dietary supplement company for, in part, “liking” an unapproved claim made by a customer on its Facebook page. … The liberal Super PAC Progress Kentucky attacked Sen. Mitch McConnell’s wife for being Chinese. “May explain why your job moved to China!” the organization wrote. … Arizona deputies arrested Ignacio Carbajal after he used his neighbor’s unsecured Wi-Fi to tell a Facebook group that he would kill Sheriff Joe Arpaio “for free.” Arpaio slipped on the floor and broke his arm two days later. No word on whether Carbajal is involved. … Privacy-centered search engine DuckDuckGo, which Google identified as a competitor in response to antitrust allegations, awarded a $2,000 donation to the encryption-based communications service Cryptocat. … The Vatican deleted everything from Pope Benedict’s official account. … The US Attorney’s Office once again delayed LulzSec hacker/informant Sabu’s sentencing date because he isn’t done ratting on his friends yet.