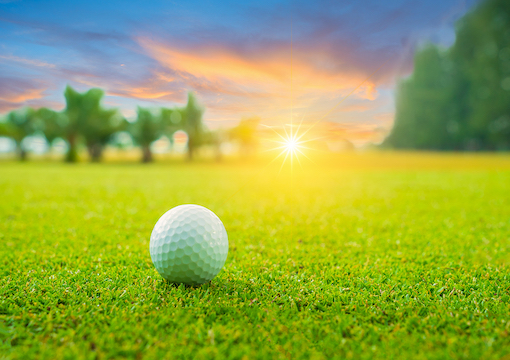 With some good news emerging recently in the battle against the coronavirus, it’s time to think in depth about how to reopen the economy, as the governments of Denmark and Austria, two intelligently run countries that shut down relatively early, are currently planning to do.

But we also can’t just get back to normal on government command, either, since many customers will continue to avoid businesses that they don’t feel comfortable interacting with.

And many enterprises would prefer not to risk the health of their customers and employees until the situation is clearer. For example, the NBA suspended its season way back on March 11, well before the great majority of government-declared shutdowns.

One reason for the flattening curve of recent days that now makes it opportune to plan for the next phase is that Americans have largely taken to social distancing with enthusiasm.

The smart solution, therefore, is for people to think hard now about which activities offer low risks of infection, and suggest changes that could be made to reduce the dangers further.

Some normally worthy tasks, such as taking your child to the orthodontist for braces, may just have to wait for desperately needed personal protective equipment or even for a resolution to the crisis.

But other activities that are now shut down in large parts of the country were always fairly safe. For example, a man was arrested for paddleboarding out beyond the breakers at Malibu last week, presumably for endangering the dolphins or having too much good clean fun or something.

And many things people would like to do could be made even safer with certain tweaks.

Let me offer examples drawn from participation sports, not because they are economically crucial, but because they tend to be easier to visualize by us nonspecialists.

In contrast, while I’d very much like to see, for instance, optometrists back in business, I have a hard time picturing in my head just how much close contact an eye exam normally involves, much less any clever ways to reduce it. But the process of figuring out which sports are fairly safe and how to make them even safer can analogously be applied to businesses such as getting a haircut or buying a suit.

So let’s think about sports that many people would like to get out and play again.

One suddenly important distinction is between sports that use just one ball, which is handled by everybody (such as baseball, basketball, and football) and sports where each player provides his own personal ball (such as golf). The latter is innately easier to germ-proof.

Golfers have been practicing social distancing avant la lettre. Unless you are employing a caddy, you never really need to get physically close to anyone on the golf course (e.g., golfers who normally share a motorized cart can take separate carts or even, you know, walk). You could wear a mask while playing golf since you never have to breathe that hard.

In March, greenskeepers responded to the crisis by removing ball-washing machines and sand-trap rakes to reduce opportunities for golfers to handle things previously grabbed by other golfers.

And you never need to touch anybody else’s golf ball. In fact, the only time under the traditional rules of golf where you absolutely need to touch something that other people have touched is retrieving your ball from the metal cup after sinking your last putt on each hole.

Course superintendents responded by raising the cup above the level of the green and encouraging golfers to count a putt as holed if it bounces off the elevated cylinder. To the amazement of anyone familiar with how slow the wheels of golf usually grind when it comes to reforming its ancient rules, on March 20 the normally persnickety U.S. Golf Association announced that it was blessing that innovation.

These adjustments haven’t prevented many municipalities from ordering golf courses shut anyway. But golf courses are one of the few businesses that already have a clear path to how they can operate in a post-lockdown world where many people will remain concerned about the threat of infections.

Golf tournaments with tens of thousands of spectators will have to wait, of course. (Yet made-for-television matches with Tiger Woods, Phil Mickelson, and a dozen TV personnel seem feasible and would give poor ESPN something new to broadcast. They could even cut out the caddies and have Tiger and Phil carry their own clubs for once.)

This logic of the difference between riskier one-ball and safer multiple-ball sports can also be applied to tennis. Tennis, or at least singles tennis, is played at a reasonable distance with players only very rarely getting within six feet of each other at the net.

Normally, tennis is a one-ball sport with both players sharing the same ball, but it can easily be converted into a two-ball sport. (Most of our major sports track back to the 19th century when balls were expensive, but now they are relatively cheap.)

You only really need to pick up the tennis ball to serve it, tossing it in the air with your off-hand so you can hit it with your racket. Normally, both players use the same ball, but why not have each player bring his own can of balls to serve with, ideally with different-colored balls to make them easy to keep separate?

When your opponent’s ball winds up dead on your side of the net, you can flip it back to the other side with your racket or your shoe. This custom during the crisis would slow down the game slightly, but it would be good for the millions of people who want to enjoy some exercise with peace of mind. (Whether two-on-two doubles tennis would be safe at avoiding the six-foot distance rule is a tougher question.)

Other sports would be more difficult to revise. Basketball is inherently a one-ball sport and by its nature demands face-to-face contact from mere inches away. Using separate balls, you could play a slightly lame basketball shooting game like H-O-R-S-E, which is like Simon Says with each player having to imitate the first player’s choice of shot. But for real five-on-five basketball to be safe we’ll likely have to wait for substantial progress to be made against the new disease.

The ski industry, which played an unexpected role in spreading coronavirus around Europe and even from the U.S. to Mexico and Australia, faces substantial challenges if it is to reopen next winter. Skiing is a wonderful pastime, but it appears to have been particularly conducive to spreading this new germ, perhaps simply due to noses running in cold weather.

The ski industry will have to undertake intensive research to figure out where the virus tended to be transmitted, such as in chairlift lines, in enclosed gondolas, or après ski. Perhaps chairlifts can be run through a disinfecting carwash-like structure after dropping skiers off at the top of the mountain.

Beaches are probably less inherently troublesome than skiing and ought to be reopened more readily. I suspect that public officials often overreacted to telephoto pictures that made beaches appear extremely crowded. (A photographer can make anyplace look busier with a long lens.)

It shouldn’t be all that hard to set up a reservation system for public beaches as already exist for public campgrounds. Just put a pole in the sand every 25 feet with a number on it, on which each group has to display the reservation they printed out at home.

There are a million potential hacks like these that can help get life back toward normal. It’s time for us to think hard about them.