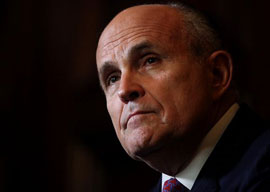 Well, thank goodness that’s over. Some themes from the political and social commentary are still hanging in the air, though, like wisps of smoke after a brushfire. I”ll note a few before they disperse on the breeze.

Zimmerman is not racist! The creepiest, most sinister theme has been the stories about the FBI investigation of George Zimmerman last year. From McClatchy, 7/12/2012:

Federal agents interviewed Zimmerman’s neighbors and co-workers, but none said Zimmerman had expressed racial animus at any time prior to the Feb. 26 shooting of Martin….Several co-workers said they had never seen Zimmerman display any prejudice or racial bias.

Apparently this is a thing the feds try to determine when contemplating a civil-rights case.

I can”t help wondering: What if that had been me they were investigating? Suppose I had gotten into some altercation with a black person that had ended with me killing the other party in self-defense?

“I am a racist on the current definition”although, as I keep protesting, a harmless and tolerant one.”

I am a racist on the current definition”although, as I keep protesting, a harmless and tolerant one. Having uncovered this fact”it wouldn”t take them very long”would the FBI then feel justified in launching a federal civil-rights suit against me, regardless of the finding of any local investigation into the self-defense claim?

Surely there’s not much doubt that they would; otherwise, why did they put all that effort into determining whether or not Zimmerman was a racist?

Now, the concept of justifiable homicide is at least as old as Anglo-Saxon jurisprudence itself. The McClatchy report seems to imply that justifiable homicide can be prosecuted as a civil-rights violation if the deceased is black but the survivor nonblack, and further if the survivor is known to hold certain opinions, rather than certain other opinions, on social or scientific topics.

If that is the case, then our jurisprudence has been corrupted beyond redemption.

The audacity of Richard Cohen. Washington Post columnist Richard Cohen raised shrieks from the left and some muffled applause from the right with what everyone tells me was an exceptionally audacious and hard-hitting column. Was it, though?

“I don”t like what George Zimmerman did,” Cohen starts off. Why not? What Zimmerman did was defend himself against a violent criminal (taking assault and battery to be violent crimes, which I believe is the common understanding) who had attacked him. What about that don”t you like, Mr. Cohen?

In the next paragraph: “What Zimmerman did was wrong.” Why was it wrong? The police initially, and the court system eventually, determined that Zimmerman performed an act of justifiable homicide. That might be regrettable, but it’s not wrong in any system of values known to me.

Ah, but then we get the audacious stuff, the stuff that made the lefties swoon and some of the righties applaud (though very, very diffidently). “Where is the politician who will own up to the painful complexity of the problem and acknowledge the widespread fear of crime committed by young black males?” asks Cohen boldly.