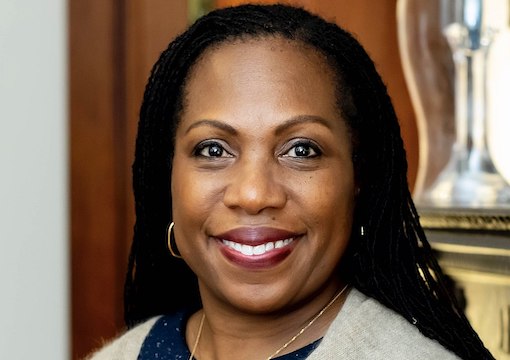 If you’d given me a thousand bucks to come up with a question that would stump a Supreme Court nominee, I never would have thought of: What’s a woman?

In seven out of seven child pornography cases that came before Judge Jackson, where the sentencing was up to the judge, she imposed sentences that were a fraction of those recommended under the sentencing guidelines. In all seven cases, her sentences were also far below those requested by the prosecutor.

In other words, Judge Jackson is the beau ideal Democratic Supreme Court justice.

In her favor, KBJ is at least a Generational African American (GAA), i.e. Descendant of American Slaves (DOAS) — unlike Barack Obama, Kamala Harris, Joy Ann Reid and approximately 90% of the “African Americans” in Harvard’s entering class this year, according to the Harvard Crimson.

Perhaps, there’s hope that, someday, the high court will acknowledge that affirmative action is intended to make up for the legacy of slavery and should be available exclusively to GAAs, as opposed to what it is now, which is affirmative action, set-asides, “plus” factors, and do-nothing diversity jobs for everyone except white Americans.

Apart from the Democrats finally promoting a legacy African American, rather than an immigrant trying to steal the experiences of Black Americans, nothing is unusual here. It’s the media’s response to the questioning of Judge Jackson that’s been hilarious.

The media take the position that it’s rude to ask Judge Jackson questions — at least any questions about her record. Republicans are welcome to ask her all the questions they like about her family or her travails.

She is the most qualified human being ever, EVER to be nominated to the Supreme Court! The bravest, the strongest, the most heroic — HOW DARE YOU ASK OUR LITTLE LAMB QUESTIONS!

The media have also issued reams of “context,” “fact checks” and “debunkings” … all to prove that KBJ is a virtual Eliot Ness on crime! Don’t believe your eyes! Forget everything you know about the Democrats! It’s all lies and conspiracy theories!

We got the sneering:

We got the hysterical warnings about right-wing conspiracy theorists:

And we got the sophistical “fact checks”:

Totally run on that, Democrats.

What is the point of all these “FACT CHECKS”? For the past two years, liberals have been screaming, “Defund the Police!” “All Cops Are Bastards,” “F–k the Police!” — not to mention actually defunding the police and springing criminals in Democratic-run cities around the country. We got it: You like criminals and hate the police, Democrats. You’re not exactly flying below the radar.

Of note: Sen. Joe Manchin, your regular, old-time, American values Democrat, is just like the rest of his party when it comes to crime. Same with Arizona’s Sen. Mark Kelly and Montana’s Sen. Jon Tester. Kelly can boast about being an astronaut, and Tester can walk around with that buzz-cut and a piece of hay in his teeth — but give them a guy getting off on videos of 11-year-old boys being anally raped, and they say: Three months. Max.