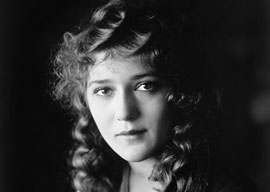 We live in an era obsessed with gender oppression. For example, Americans were recently alerted that the women of Harvard Business School are deprived of their rightful grade point averages by being asked out so often on expensive dates by well-heeled suitors.

Yet this isn”t the first time that the evils of sexism have preoccupied American culture. Beginning soon after the triumph of women’s suffrage in 1919-1920, gender oppression was vigorously denounced in the media until well into the 1960s. Many of the leading intellectuals, artists, and entertainers of mid-century America complained tirelessly about the domination of one sex over another. The nearly universal wail went up: How could human beings be so cruel to other humans just because they were of the opposite sex?

Of course, what H. L. Mencken, Groucho Marx, Ernest Hemingway, Ben Hecht, James Thurber, W. C. Fields, Raymond Chandler, Billy Wilder, Robert Heinlein, Norman Mailer, and so many others were kvetching about was how women were crushing their henpecked men under their iron heels.

This was the grand age of femmes fatales, who twisted seeming tough guys around their silken ankles. An even more dreaded bogeywoman was the mother-in-law.

In contrast, American cinema today offers few femmes fatales, and American television finds nothing funny about mother-in-law jokes. As far as I can tell, nobody has noticed that there’s something comic about our poor president having to live with his mother-in-law in the surprisingly claustrophobic confines of the White House (other than, perhaps, one zany Brazilian sketch show).

Why did first-wave feminism fizzle after its triumphs of 1918-1919? It’s an interesting question that’s hard to think about these days because our understanding of the past has become so conditioned by simplistic good-or-bad labels that Americans tend to generate a Does Not Compute error message when apprised of what actually happened.

“The great cause pursued by the 1920s intelligentsia was manly bohemianism in its war with womanly Victorianism.”

For example, it’s widely assumed today that artists and intellectuals are naturally on the economic left. Yet until the 1929 Wall Street crash, highbrows showed little interest in communism or even in the poor. The great cause pursued by the 1920s intelligentsia was manly bohemianism in its war with womanly Victorianism.

For example, Mencken, whom The New York Times described in 1926 as “the most powerful private citizen” in America due to his influence on the new generation of writers, was an ardent follower of the male chauvinist Friedrich Nietzsche. The Baltimore journalist advocated aristocratic disdain of the democratic ethos of the small-town America that had produced William Jennings Bryan, supporter of women’s suffrage and Prohibition, whom Mencken savaged during the Scopes Monkey Trial of 1925.

The first edition of Mencken’s book In Defense of Women failed commercially in 1918. But in the new climate of 1922, the expanded second edition proved a bestseller. In his usual understated, diplomatic style, Mencken characterized suffragettes as “indignant viragoes.” Yet, he argued, women on the whole were the wiser, more cynical, more Menckenian sex:

I am convinced that the average woman, whatever her deficiencies, is greatly superior to the average man. The very ease with which she defies and swindles him in several capital situations of life is the clearest of proofs of her general superiority.

In effect, No true Scotswoman could believe in suffrage or Prohibition:

I believe that the majority of women…were not eager for the extension [of the vote], and regard it as of small value today. They know that they can get what they want without going to the actual polls for it; moreover, they are out of sympathy with most of the brummagem reforms advocated by the professional suffragists, male and female. The mere statement of the current suffragist platform, with its long list of quack sure-cures for all the sorrows of the world, is enough to make them smile sadly.

In this intellectual climate, small-town America was seen as dominated by killjoy women of a certain age intent upon domesticating men. For example, the boast of The New Yorker, launched in 1925 by Harold Ross, a veteran from Utah who had been based in Paris during WWI, was “not edited for the old lady in Dubuque.”

The New Yorker‘s first superstar was James Thurber, an Ohio boy who had also served in Paris. His favorite theme was The War Between Men and Women. In Thurber cartoons, small, mild-mannered husbands are overshadowed by their giant wives, while the man’s bloodhound looks on in sympathy. His most famous short story, The Secret Life of Walter Mitty, recounts the adventurous fantasies of a man stuck driving his wife on her errands. (Here is the trailer from the wifeless upcoming movie version starring Ben Stiller.)

The muted theme of the veterans “after they”ve seen Paree“ was America’s dire need for more ooh-la-la. But their outrage could be turned more explicitly upon Prohibition, which had proven to be suffragism’s twin sister. Over the objections of women’s suffrage’s main opponents in the liquor lobby, Congress had passed Prohibition in 1919 to placate the women they were about to enfranchise. Prohibition was the disaster that undermined women’s empowerment for the next half-century.