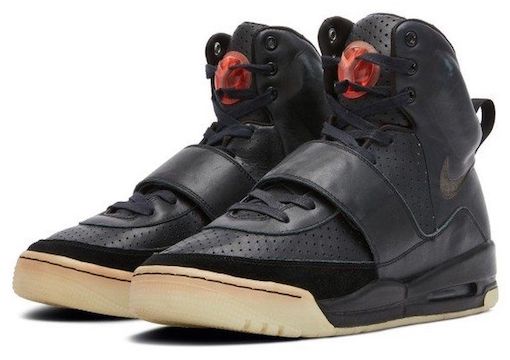 NEW YORK—I hope this is my last week in the Bagel. I plan to fly first to Switzerland and then on to London. There’s the annual Pugs’ Club lunch I cannot afford to miss, but now that Boris is married I don’t suppose he gives a damn about the poor little Greek boy and his club lunches. Incidentally, all my London friends tell me they’re partying like mad, but when I open the papers it’s all about lockdown. Somebody is speaking with forked tongue, as Crazy Horse once said.

Oh boy, it’s getting very confusing, and I for one have lost the trust I once had for science. My unsolicited advice to Boris Johnson is that he should listen more to his instincts and less to scientific types. I’ve never met the third wife and know nothing about her, but my instinct tells me she’s got Boris wrapped tight around her little finger, but not half as tight as Meghan has the Half-wit wrapped up. Never mind. There are other things to worry about than henpecked hubbies. For example, a freak by the name of Guy Trebay writing in the degenerate New York Times pejoratively refers to the great Irwin Shaw short story “The Girls in Their Summer Dresses.” Actually only a depraved maggot could write that the marvelous short story was “sexist and dated.” (Probably under orders from some hairy female lesbian superior, or trying to please the Hebrew owners who have declared war on the white race, Christianity, and America.) More to the point, this garbage was about “gender fluidity” entering its next phase, which means men wearing dresses instead of men wearing trousers. So it’s skirts and frocks for the boys from now on, at least if you want to be with it in New York.

For some strange reason I knew it would come to this. Heterosexuality is kaput, and definitely under attack. Unless you’re gay or trans you’re old hat, which makes me very old hat. They call it “waning dress codes,” women wearing dresses and men wearing trousers, that is. The waning dress code makes a lot of straight male wannabes put on their summer dresses and glide around like Titania, queen of the fairies. And it gets better. The fashion industry is as venal and corrupt as, say, the art world, and fashion’s gilded cesspool will now be enhanced by lots of snowflakes in drag. Yippee!

“Next will be an old bra of Dolly Parton’s going for double what an Edward Hopper is worth.”

This descent of values is nothing compared with what is going on in London, however, where celebrity hysteria has reached a point where a pair of dirty sneakers once worn by some foulmouthed celebrity are valued more than a Matisse. Yes, you read that correctly, an exhibition at the Design Museum features the sneakers Kanye West, ex-husband of Kim Kardashian, once wore that sold for $1.8 million at Sotheby’s last April. Fame acquired through talent or courage has now given way to fame earned via publicity. Bravo, London, you are as obsessed with trivial celebrity as New York, and I hope you don’t soon become as unlivable as the Bagel has become. Personally, I wouldn’t touch those sneakers with the proverbial ten-foot pole, but it only shows how out of touch I am with reality: I would prefer to pay 1.8 million greenbacks for a (microscopic) Matisse than for a pair of foul-smelling trainers by West. The filthy sneakers are now called tools for cultural expression, and pretty soon jockstraps of basketball freaks will probably become even more expensive tools for cultural expression. I can see the headline, $10 million for a LeBron James jockstrap made available still wet immediately following his overtime victory over the Nuggets.

Once upon a time art was defined by its beauty and creativity. Can you imagine the depths to which we’ve descended when sneakers are elevated by know-nothings to the level of artistic expression? On aesthetic grounds alone this is garbage, it is psychological warfare against beauty by the mob of know-nothings. Next will be an old bra of Dolly Parton’s going for double what an Edward Hopper is worth. It reminds me a lot of Mao’s Cultural Revolution of the ’60s, which attempted to change history and reality by force.

Well, it’s not all bad news. Mx. Avory, who is described by the degenerates who write for the Times as transgender and nonbinary, is calling for solidarity and action to support Black trans and gender-nonconforming youth at a rally intended to promote their voices and concerns. Socrates was condemned to death by the ancient Greeks for corrupting youth with his teachings on fairness. Mx. Avory is written up in The New York Times, causing even rotting fish to refuse to be wrapped up in its pages. Better yet, the death of one of America’s greatest heroes—far greater than George Washington, Patrick Henry, or George Patton—George Floyd, is now used to push a vast array of racial policies such as defunding the police and the teaching of left-wing critical race theory, which blames every ill in society on white supremacy. Oh yes, I almost forgot, this is “Pride Month” and our gay brothers and sisters are complaining that one month ain’t enough.