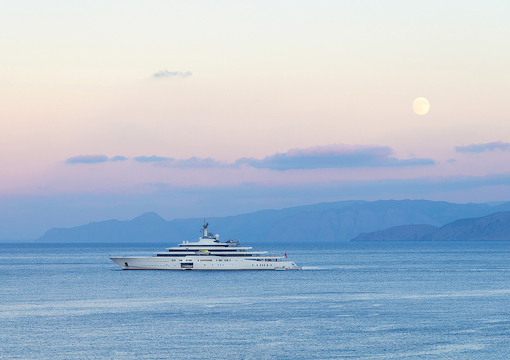 Arbitrary confiscation of private property raises several alarming issues. Apart from the purely moral ones, serious legal questions surround the recent seizures of yachts, airplanes, cash, houses, and other assets belonging to private Russian individuals. This was done as part of the economic sanctions imposed by the West after the Russian invasion of Ukraine.

Property rights and rules of due legal process are sacred and are enshrined in the constitutions of all Western democracies.

The charge against the Russian oligarchs is that their wealth is derived in part through corruption or political support for the regime of President Putin and that these confiscated properties represent the gains of illegal activity. It is not clear that the governments now seizing the property will be able to clearly establish this charge.

“These developments are creating a policy from which it may be difficult to backtrack when hostilities cease and negotiations restart.”

Under U.S. law and most laws in Europe, assets that are frozen remain under previous ownership, but they can’t be transferred or sold. These assets are likely to remain in legal limbo for a long time and provide law firms with business for years as these issues end up in courts.

Most global billionaires—indeed anyone—could be targeted next on such grounds if they are deemed to have been closely associated with any ruling governments now or in the past.

History is full of examples where governments have seized enemy assets during wars. World War I and World War II saw property seizure as an instrument of policy. After WWI, properties of German nationals were sequestrated by the Allied governments to create a fund out of which their own nationals were to be paid the damages owed to them by the German state. This was the underlying basis of the Versailles Treaty. Subsequently it led to mounting grievances in Germany, resulting in the rise of Hitler and in WWII.

After WWII, German and Japanese property held in trust by the United States was used to satisfy in part the war claims of U.S. citizens. After WWII, properties of the Sudeten Deutsch were confiscated in Czechoslovakia without compensation. Numerous other examples can be found.

A bipartisan bill taking shape now in the U.S. Congress, called the “Yachts for Ukraine Act,” would allow U.S. authorities to seize any property valued at more than $5 million held by named Russian oligarchs in the U.S. and allow the government to sell the assets and send the cash to aid Ukraine. In the U.K., members of Parliament are floating the idea of a new fast-track path to freeze assets of oligarchs who aren’t yet sanctioned but are under “review.”

This would turn the clock back several hundred years, reviving ancient barbaric practices where whatever belonged to the enemy was legitimate booty, thus making private property depend for its security upon force.

These issues have been ferociously debated by legal scholars over the past hundred years. Today these developments are again creating a policy from which it may be difficult to backtrack when hostilities cease and negotiations restart. Russia has also seized 500 aircraft belonging to Western companies that are currently stranded there, and in a tit-for-tat it has also “seized” the local assets of several Western firms operating in Russia, e.g., Renault, Shell, etc.

America’s Founders understood clearly that private property is not only the foundation of prosperity but also the foundation of every right we have, including the right to be free. While justly criticizing Russia’s unprovoked aggression, the free press and media of the Western world should not forget to highlight that any systematic trampling of property rights can only come at great moral and economic cost to itself in the long term.